NASA Confirms Antarctica is Gaining more Ice than it is Losing 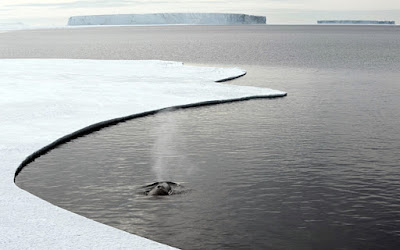 Of course we knew all that, but this puts the real numbers on it.  Unfortunately like all climate science we cannot compare it properly to previous decades.  We do know that the sea ice cover has expanded and this suggests that this reflects the ice gain.

At least NASA has seriously put its foot down on this rather critical issue.  Arguing that the Northern Hemisphere is warming while the Southern is cooling is hugely different than claiming the world is warming.

We have been having this exact discussion on this blog for the eight years we have had this blog and until now the skates were on regarding the South.  Now they cannot.

.
NASA reveals that Antarctica is actually gaining more ice than it is losing

NASA scientists have shattered the conventional wisdom that Antarctica's ice surface is shrinking and revealed that the amount of ice is in fact growing.

Though accepting that glaciers are still shrinking because of man-made global warming, the new study published in the Journal of Glaciology suggests that recent gains more than offset losses elsewhere.

The findings challenges previous research including the UN's Intergovernmental Panel on Climate Change’s 2013 study, which concluded that the sea is rising by 0.27 millimeters annually because of melting in Antarctica.


"We see an ice gain that exceeds the losses in the other areas.”
Jay Zwally, NASA Goddard Space Flight Center expert
“We’re essentially in agreement with other studies that show an increase in ice discharge in the Antarctic Peninsula and the Thwaites and Pine Island region of West Antarctica,” said the study's author Jay Zwally.

"Our main disagreement is for East Antarctica and the interior of West Antarctic, there, we see an ice gain that exceeds the losses in the other areas,” added Zwally, an expert at the NASA Goddard Space Flight Center.

A view of leading edge of remaining part of Larsen B ice shelf   Photo: REUTERS

The new findings reinforces the challenges in measuring changes in Antarctica.

The surface height of the Antarctic ice sheet was analysed using radar instruments on two European Space Agency satellites between 1992 and 2001.

Laser sensors on a NASA satellite were also used in the research between 2003 to 2008.
Scientists have previously wrongly attributed gains in elevations in East Antarctica to recent snowfall. The NASA team used data dating back to 1979 to prove the ice cores in the area had in fact been thickening.
Posted by arclein at 12:00 AM