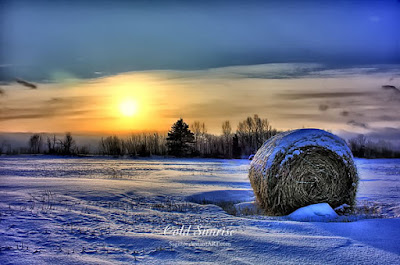 For those of you who are scientists,  the conjectured link between CO2 and Global Warming is effectively disproved by the post 1998 temperature peak followed by a complete flat lining of all Global temperatures into a now visible decline.  We have surely produced as much CO2 from 1998 through 2015 as we likely produced from 1850 through 1998 or at least an appreciable fraction thereof.

Thus if 1998 is caused by surplus CO2, then present conditions must be caused by vastly more CO2. Sorry children you cannot get past this little detail.  What it means though is that the probability of the infamous theory ever been correct has been declining yearly from say fifty fifty in 1998 to say fifteen percent now.  So let us get over ourselves and dismiss nonsense.

Now let us tackle the more serious problem.  Low sunspot counts were associated with miserably cold global temperatures, particularly in the Northern hemisphere were a number of unclear factors likely exaggerate the results.  It was strong enough for us to associate a seventy five percent probability of significance to this relationship.  And yes, it appears to be coincidental to the Maunder minimum which many have been trying to discount.

Now science is catching up in terms of explanation and we have had our first sunspot surprise.  The Maunder minimum is also fast approaching and we are fifteen years out.  The time cycle is around 330 years and is actually more variable than that.  The Dalton minimum was the earlier one.  Obviously warming peaked just before all this kicks in and some warm spells are better than others as well.

The hard news is that it is going to be much cooler and weather patterns will be altered for several decades after which we will experience a slow warming recovery.

Special to The Nation November 11, 2015 1:00 am
New studies flip climate-change notions upside down

The sun will go into "hibernation" mode around 2030, and it has already started to get sleepy. At the Royal Astronomical Society's annual meeting in July, Professor Valentina Zharkova of Northumbria University in the UK confirmed it - the sun will begin its Maunder Minimum (Grand Solar Minimum) in 15 years. Other scientists had suggested years ago that this change was imminent, but Zharkova's model is said to have near-perfect accuracy.
So what is a "solar minimum"?
Our sun doesn't maintain a constant intensity. Instead, it cycles in spans of approximately 11 years. When it's at its maximum, it has the highest number of sunspots on its surface in that particular cycle. When it's at its minimum, it has almost none. When there are more sunspots, the sun is brighter. When there are fewer, the sun radiates less heat toward Earth.

But that's not the only cooling effect of a solar minimum. A dim sun doesn't deflect cosmic rays away from Earth as efficiently as a bright sun. So, when these rays enter our atmosphere, they seed clouds, which in turn cool our planet even more and increase precipitation in the form of rain, snow and hail.


Solar cycles
Since the early 1800s we have enjoyed healthy solar cycles and the rich agriculture and mild northern temperatures that they guarantee. During the Middle Ages, however, Earth felt the impact of four solar minimums over the course of 400 years.

The last Maunder Minimum and its accompanying mini-Ice Age saw the most consistent cold, continuing into the early 1800s.

The last time we became concerned about cooler temperatures - possibly dangerously cooler - was in the 1970s. Global temperatures have declined since the 1940s, as measured by Pacific Decadal Oscillation. The PDO Index is a recurring pattern of ocean-atmosphere climate variability centred over the Pacific Ocean. Determined by deep currents, it is said to shift between warm and cool modes. Some scientists worried that it might stay cool and drag down the Atlantic Decadal Oscillation with it, spurring a new Ice Age. The fear was exacerbated by the fact that Earth has been in the current inter-glacial period for 10,000 years (depending on how the starting point is gauged).

If Earth were to enter the next Ice Age too quickly, glaciers could advance much further south, rainforests could turn into savannah, and sea levels could drop dramatically, causing havoc.

The BBC, all three major American TV networks, Time magazine and the New York Times all ran feature stories highlighting the scare. Fortunately, by 1978 the PDO Index shifted back to warm and the fear abated.

Climate science vs the sceptics
By the 1990s the UN's Intergovernmental Panel on Climate Change (IPCC) had formed the "97 per cent consensus". The consensus was that Earth was warming more than it should, not just due to natural causes but also human activity. This was termed Anthropogenic Global Warming. The culprit was identified as carbon dioxide generated from the burning of fossil fuels.

CO2 is a greenhouse gas and its increase in the atmosphere could be dangerous, the panel claimed. Some of these scientists, particularly those working at the US National Oceanic and Atmospheric Administration (NOAA), Nasa's Goddard Institute for Space Studies and Britain's Meteorological Office, have gone so far as to declare CO2 as the primary driver of climate on Earth. This modern "climate science" has stirred unprecedented controversy in the field. Sceptics, clinging to more traditional approaches, say the science has been corrupted by the billions of dollars in government funding for climate-change research and agencies and industries that claim to be "fighting climate change". The counter-argument is that the sceptics are backed by the oil, gas and coal industries or are affiliated with conservative political groups.

The biggest bone of contention between the two groups is how the data are assessed. In the United States, the recorded temperature data go back to 1880, and elsewhere not even that far. Those data have to be "stapled on" to the ice-core data used to determine temperatures in earlier times. This has led to controversial representations, such as the infamous "hockey stick" graph released by the IPCC that gave the impression the world is hotter now than ever. Many scientists slammed the graph as wholly unrealistic, insisting that previous eras, such as the medieval warm period and the Holocene maximum were warmer than today.

Another issue is the urban "heat island" effect. Black asphalt roads and concrete structures absorb heat from the sun. Roy Spencer, a climatologist at the University of Alabama and former IPCC alumnus, charged in 2013 that the NOAA was "warming up" readings at rural temperature stations to match the urban ones rather than the reverse. A spokesman for the NOAA responded but stopped short of denying it.

In the 2009 "climategate scandal", e-mails and documents from IPCC-affiliated scientists were leaked that indicated they had manipulated data and reports to jibe with the AGW theory. References were made to "hiding the decline" through the use of "tricks". Then in 2012 Anthony Watts, a meteorologist and self-described whistle-blower, caught the NOAA changing temperature data from the 1930s to make the decade appear colder than it had been. Another whistle-blower, blogger Tony Heller, although clearly aligned with conservative groups like the Heartland Institute, has amassed impressive data. He claims that, since 1997, the world has actually been getting colder and Goddard and the NOAA are committing "climate fraud". The NOAA has declined to respond.
Global cooling?
Around 2000, the PDO Index started to blow cold again, possibly causing global warming to "pause", as the mainstream scientists describe it. IPCC-affiliated scientists as well as Nasa and the NOAA attribute the pause to other factors. This is when the plot thickens.

Solar cycle 24 - two cycles prior the cycle that's expected to bottom out into a Maunder Minimum - was weak. In 2013-14 it reached its maximum far below average. Meanwhile extreme cold-weather anomalies have occurred around the world. Last year "polar vortices" slammed into the central US and Siberia as a third hovered over the Atlantic. All 50 US states, including Hawaii, had temperatures below freezing for the first time in recorded history. Snowfall records were broken in cities in the US, Canada, Italy, New Zealand, Australia, Japan and elsewhere. Southern American states and central Mexico, where snow is rare, got heavy snow, as did the Middle East.

This past summer the cold didn't let up, with more temperature records across the US and rare summer snows seen in Canada, the US and China. Birds have migrated early in the last two years. Antarctic sea ice set a new record in 2013 and it was broken again in 2014.

Not even Thailand was immune. In 2014 Bangkok hit its coldest low in 30 years, while 63 lives were lost in the North.

Scientists at the Climate and Environmental Physics and Oeschger Centre for Climate Change Research at the University of Berne in Switzerland have recently backed up theories that support the sun's importance in determining the climate on Earth. A paper published last year by the American Meteorological Society contradicts claims by IPCC scientists that the sun couldn't be responsible for major shifts in climate. Judith Curry, chair of the School of Earth and Atmospheric Sciences at the Georgia Institute of Technology, rejected IPCC assertions that solar variations don't matter. Among the many studies and authorities she cited was the National Research Council's recent report "The Effects of Solar Variability on Earth's Climate".

For now nevertheless, the IPCC and other authoritative agencies are sticking to their CO2-dominant climate-forcing theory. They attribute the cold spells to a disruption in the jet stream caused by Anthropogenic Global Warming. Some of their theories have heads being scratched, for instance the "pause" in global warming they attribute to heat being absorbed deep into the oceans. When Antarctic ice reached record levels in 2013, scientists were "baffled" because the water beneath the ice was warm, they claimed. In climate science old and new, nothing is certain.
We conclude with a bit of good news, though. Recent research has determined that the famous Stradivarius violin owes its unique, esteemed sound to the last Maunder Minimum. The solar condition changed the texture of the trees that provided the wood from which the instrument was crafted. So lovers of classical music can place their orders for the next generation of incomparable violins, coming - givin
Posted by arclein at 12:00 AM