Yes, i think that this will work a lot better. I particularly like the retractable cover. No structure can stand against impossible weather but the fact is that the standard umbrella fails to stand up to much at all.


Addressing that will at least allow use in weather you can work in. Stronger than that will drive you in anyway. Thus an improvement will hugely increase the utility of the umbrella.

We've all had this problem. It's raining and windy.

You're cold, wet, and just want to get to where you're going, dry. Then Mother Nature suddenly throws a strong gust of wind towards you and your poor, battered umbrella.

Thankfully, there's a solution on Kickstarter.
Meet Cypress Umbrella, whose designers claim is "10 times stronger" than its feeble brethren. 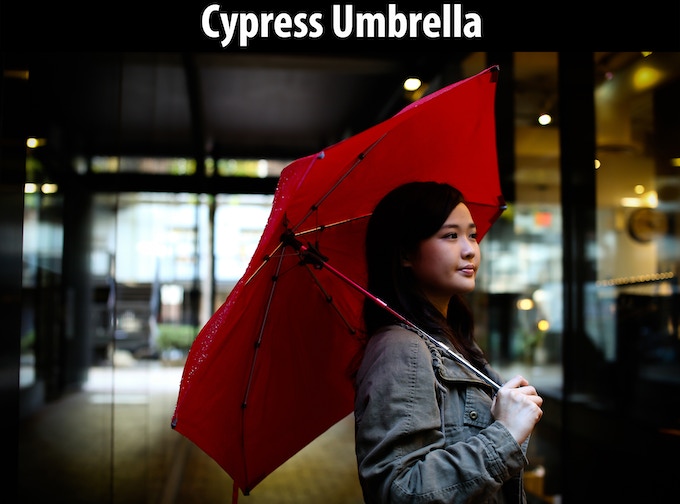 The umbrella is the result of two designers, Cahay Ho and Kevin Truong a.k.a. Team Hedgehog, working out of Vancouver Hack Space. They aim to start production in March 2016, with retail prices starting at US$99.
Initially, they attempted to design an umbrella similar to the many currently out there.
"After countless weeks of trying to design a smaller umbrella to compete with others, we started realizing why small umbrellas were all constructed the same: every shortcut is taken to reduce that final size and weight," they said on Kickstarter. "If we were to compromise strength for size, it would be yet another product with a short life span."
So, they decided to make "the strongest and most durable umbrella." 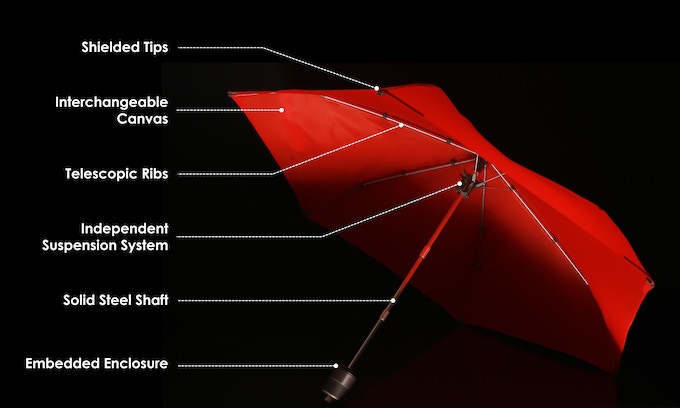 The Cypress Umbrella's design features an element that allows it to become, essentially, the "Incredible Hulk" of the umbrella universe.

Rather than a standard skeleton with U-shaped channels and hinged linkages, each rib is comprised of tubular sections coupled with precision machined joints and stainless steel pins.


In addition to the reinforced ribs, the umbrella's innovative "automotive-inspired suspension system" gives it the flexibility needed to fight chaotic winds.
"Similar to how the shocks on your car work to provide an overall smoother ride, each rib within the Cypress Umbrella's architecture is designed to pivot and adjust independently," they said. "These independent movements allow the Cypress Umbrella to handle sudden shifts in airflow about the canvas, making it more aerodynamically stable."

Ripped canopies and missing enclosures are other issues Team Hedgehog addressed when designing the Cypress Umbrella.
Cypress' canopies are interchangeable and come in a wide variety of colours.

"Scarlet Red" canopy totally clashing with your outfit? You can swap it out in about 3 minutes.

Losing umbrella enclosures will be a thing of the past with Cypress. The drip-free enclosure is will be built right into the handle, allowing the umbrella to be easily stored without getting your stuff wet.

No matter the weather, Cypress umbrella will have you bone dry and singing in the rain.
Get your own Cypress Umbrella on Kickstarter.
Posted by arclein at 12:00 AM