Hypnotized Subject Talks About Impending Shift Of Consciousness To 5D 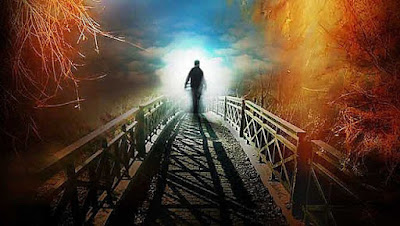 This provides some insight into the mythical 'shift of consciousness' much talked about and been from a hypnotized subject we get the spiritual input.  It informs us that Heaven on Earth is arriving.


Curiously all suggested here consists of properly releasing our subconscious and improving our perceptions to see the second tier of matter.  Mentally controling that tier opens the door to neutralizing gravity as well.


My physics supports all this and that was a complete surprise.  I do not like the use of the concept of dimension yet simply because it has never been rigorously explained.  Recall that while 3d space is convenient to imagine as mathematically continuous, time is not at all.  It is more like flipping pages.

Those pages may well have an additional dimension whatever that could imply.

Hypnotized Subject Talks About Impending Shift Of Consciousness To 5D

In a recent hypnosis session, a hypnotized subject spills the beans about what we can expect in the near future regarding the upcoming shift of consciousness. (As I put together this article, I noticed that it is 1:11 am) ~ Gregg

Towards the end of Susan’s session I decide to ask her subconscious (SC) about The Shift that’s coming, what it will be like:

SC) Hold on to your socks! Because it’s going to come BIG! And when it comes, so far it has been easy. It’s been subtle, easy, acceptable. When you get the big bounces of energy, that comes to the Earth and to the body, those have been tremendous, something to deal with. But now there is so much momentum behind this. There is so much that’s coming. Be prepared, that it will come on so fast that there is no subtleness to it anymore. Just be ready, hang onto your hats because here it comes.You will be doing all you can to just be the calm that others will be seeking.

(Suzanne) Will that last for very long, all that unsteadiness?

(Suzanne) ~ trying to get on a timeline~ Is that going to be happening in our near future? Weeks, months or years?

(SC) The momentum is going so fast, it is going to be coming soon.

(Suzanne) So, I picture when you say that, lots of difficult weather issues.

(SC) One thing I can describe it as, in the crash of the 30’s (1929) people were so devastated. But it was just money, their livelihood. Their future & everything was placed into that money. Their vision, their dreams and that is going to be similar, because when the banks go, you know that’s their future, that’s what happens and we know it’s just like cardboard boxes that blew away. We need to show them that it was really nothing, it was paper. It held nothing, it meant nothing and their substance is going to become so much more pure, it will be inside of them. It will be, the love that will be coming, the peace and just a wonderful world.

(SC) You’re going to like it because we won’t have the gravitational issues, so you’re going to be looking awesome! (Giggles) So that is what is going to be happening now. I mean we’re certainly, we’re working on the insides and making all your organs ready. But the gravitational pull of 3rd dimension, you cannot, you have no control over that right now. Right now you still have that as a big factor. But as you move, move up in dimensions, it will be less and less.

(Suzanne) Will this Earth still be here?

(Suzanne) And this is what Susan and I are preparing for by integrating the Quantum Healing Hypnosis into our other energy work?

(SC) Yes, yes, for the people. As they go from the 4th to the 5th dimension, as they are making this momentous change, and the bodies are still um, we’ve been adjusting all along. The bodies have been adjusting to the new energy shifts all along. Other people will not have had or taken this opportunity to adjust and this is what you’ll help them with.