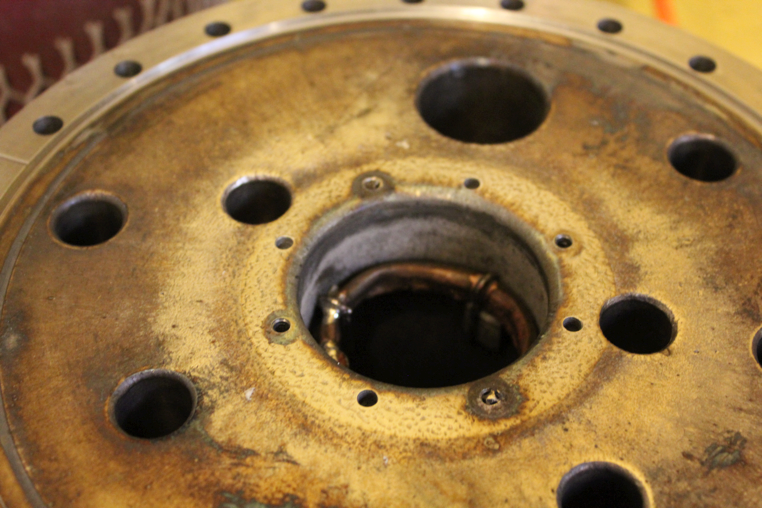 The present system is robust and needed attention to cleaning and surface preparation.  Hopefully that will be good enough to gain a notch or two on performance.

I do not know if this is able to achieve breakthrough yet.  Every necessary improvement takes weeks and that is what i warned about from the beginning.  The successful hardware may be an order of magnitude larger.


Yet progress is excellent and well ahead of the supposed competition

With the help of scientific collaborators, LPPFusion’s team is moving towards eliminating the sources of oxygen in Focus Fusion-1’s vacuum chamber. The oxygen has been the key obstacle to progress in the experiment for the past several months. While the pure tungsten electrodes installed in June are highly resistant to being vaporized by the device’s currents, tungsten oxide is much more fragile. The vaporization of tungsten oxide and tungsten bronze (a compound of tungsten, oxygen and the deuterium used to fill the chamber) adds large impurities to the plasma, preventing the high densities needed for high fusion yield.

The LPPFusion team worked in October to identify the key sources of oxygen. We had already identified the chromium oxide layer on the steel vacuum chamber as one source. Dr. Yee-Shi Chang, an LPPFusion investor and solid-state scientist, pointed out that the few-nm-thick coating could not account for the nearly 30 mg of oxygen we estimated was released in the chamber. One explanation for the greater amount is pervasive cracking of the steel surface. This could greatly increase its surface area and thus the amount of oxygen relapsed from the chromium oxide layer (which reforms swiftly whenever stainless steel is cracked). To eliminate the cracked steel, the LPPFusion team worked with local machine shops and polished the steel surfaces, removing damage from years of use. 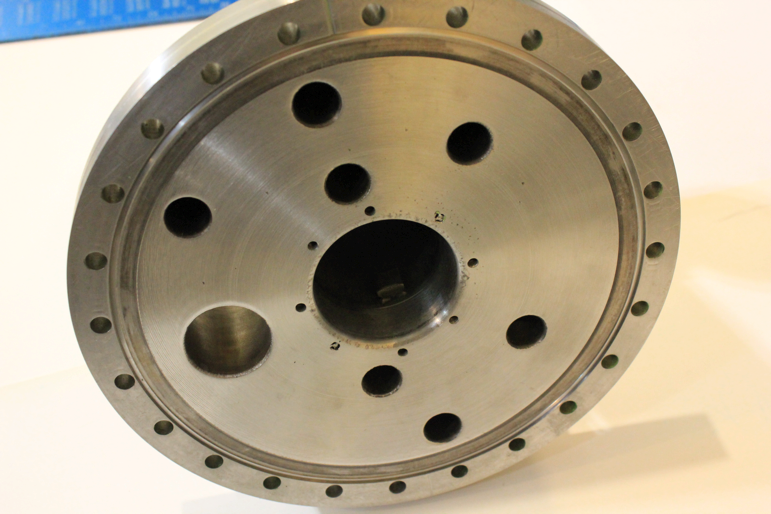 Fig. 1 The bottom of the vacuum chamber (which is also the top of the drift tube, attached at central hole) was eroded by ions beams and heavily coated with tungsten bronze after shots in September (left). After extensive lathing and polishing, the part is almost pristine and ready to be coated with titanium nitride (right).

After polishing, the vacuum chamber parts were sent to be coated with titanium nitride. This coating will prevent chromium oxide from coming off the steel when it is exposed to the plasma. Tests of titanium nitride with lasers show that it can survive energy densities similar to those that occur in the FF-1 vacuum chamber without cracking after hundreds of pulses. However, certain parts of the vacuum chamber, such as that closest to the end of the electrodes, are exposed to higher energy fluxes. So, on the suggestion of Research Physicist Syed Hassan, the team decided to extend the vacuum chamber with a 30-cm long cylinder, thus moving the floor of the chamber three times further away from the ends of the electrodes.

Even titanium nitride has some oxygen adhered to its surface at atmospheric pressure. In the literature, this oxygen is removed by baking under vacuum at temperatures as high as 400° C. Such temperatures would melt the Mylar insulators next to the vacuum chamber so can’t be used in FF-1. However, Alex Mossman, an engineer at General Fusion, another private fusion company recently shared an insight. Mossman, told LPPFusion’s Lerner that, General Fusion had succeeded in removing oxygen with a 5-day bake-out at only 150° C - a temperature that is safe for Mylar. The LPPFusion team will carry out this medium-temperature bake-out on reassembling the coated vacuum chamber.

Both Lerner and General Fusion’s CEO Nathan Gilliland agree that such informal collaboration on technical matters of mutual concern is good for all in the fusion field and have agreed to extend the collaboration to other areas, such as interpretation of plasma spectra.

In any case, the team is confident they can reduce the oxygen level greatly. “We know that many others have succeeded in getting rid of oxygen in their vacuum systems,” says Lerner. “It is just a question of our using the best techniques available.”

Unfortunately, the journalists missed the perhaps more interesting angle that the private fusion company that produces the most fusion energy has no billionaire backers at all. That, of course, is LPPFusion. Even though this company was only mentioned in the Time article and not featured in any of them, the published results of the various companies tell a very clear story. At the moment, LPPFusion’s FF-1 device produces 100 times more fusion energy production per unit of energy input than any other private fusion effort.

“Of course, being ahead right now does not mean we will win the race,” says LPPFusion’s Lerner. “And we are not yet close to where we want to be—more fusion energy output than energy input to the machine. But it should be newsworthy that the company with the least money spent so far has the best published results.” It is notable that while the mass media have focused on better-funded efforts, science magazines such as Nature and Science have featured LPPFusion in their stories.

One newspaper article in the past month did feature LPPFusion: The Israel Times ran a story that described LPPFusion President Lerner’s initiative with other scientists for a “Fusion for Peace” collaboration between Iran, the US and other countries. The story also featured the ongoing scientific collaboration that has developed between LPPFusion and researchers in Iran. 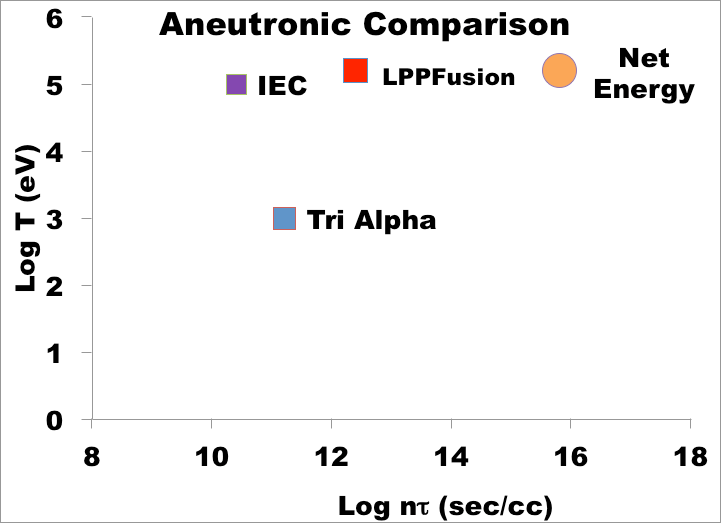