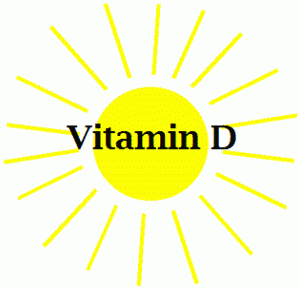 This aspect of vitimin D deficiency has been overlooked and needs to be addressed.  we are told here that vitimin D supports a healthier body generally and not just our bones.

My present daily regimin of 1000 mg vit. D along with 4000 mg vit C is looking better all the time.  I do know that my circulatory issues are well stabilized with no sign of inflammation.  I also include lysine as per Linus Pauling.

There are many other things indicated to support a healthy body, but I suspect a varied diet is plausibly sufficient to provide them.  Yet it is not sufficient for these two.  Thus supplementation is powerfully indicated.


That ten million in England are deficient also tells me that they are also as deficient in vitamin C as well.  Both promote chronic disease as we age.  So wake up and get with the program.  These are the things that matter.
.
Vitamin D pill a day may improve exercise performance and lower risk of heart disease

Date:
November 1, 2015
Source:
Society for Endocrinology
Summary:
Taking vitamin D supplements can improve exercise performance and lower the risk of heart disease, according to the findings of a preliminary study.

Taking vitamin D supplements can improve exercise performance and lower the risk of heart disease, according to the findings of a preliminary study presented today at the Society for Endocrinology annual conference in Edinburgh.

Vitamin D, which is both a vitamin and a hormone, helps control levels of calcium and phosphate in the blood and is essential for the formation of bones and teeth. Sources of Vitamin D include oily fish and eggs, but it can be difficult to get enough through diet alone. Most people generate vitamin D by exposing their skin to ultraviolet B rays in sunlight.

Previous studies suggest that vitamin D can block the action of enzyme 11-βHSD1, which is needed to make the "stress hormone" cortisol. High levels of cortisol may raise blood pressure by restricting arteries, narrowing blood vessels and stimulating the kidneys to retain water. As Vitamin D may reduce circulating levels of cortisol, it could theoretically improve exercise performance and lower cardiovascular risk factors.

In this study, researchers from Queen Margaret University in Edinburgh gave 13 healthy adults matched by age and weight 50μg of vitamin D per day or a placebo over a period of two weeks.

Adults supplementing with vitamin D had lower blood pressure compared to those given a placebo, as well as having lower levels of the stress hormone cortisol in their urine. A fitness test found that the group taking vitamin D could cycle 6.5km in 20 minutes, compared to just 5km at the start of the experiment. Despite cycling 30% further in the same time, the group taking vitamin D supplements also showed lower signs of physical exertion.

Around ten million people in England may have low vitamin D levels. On average, one in ten adults has low levels of vitamin D in summer, compared to two in five in winter. Because people with darker skin are less efficient at using sunlight to make vitamin D, up to three out of four adults with dark skin are deficient in winter.

"Our pilot study suggests that taking vitamin D supplements can improve fitness levels and lower cardiovascular risk factors such as blood pressure," said Dr Raquel Revuelta Iniesta, co-author of the study. "Our next step is to perform a larger clinical trial for a longer period of time in both healthy individuals and large groups of athletes such as cyclists or long-distance runners."

"Vitamin D deficiency is a silent syndrome linked to insulin resistance, diabetes, rheumatoid arthritis, and a higher risk for certain cancers," said lead author of the study Dr Emad Al-Dujaili. "Our study adds to the body of evidence showing the importance of tackling this widespread problem."
Posted by arclein at 12:00 AM