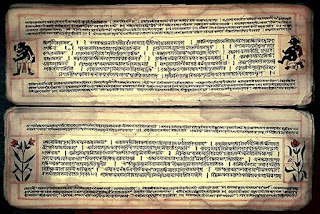 This item comes up short.   With no land movement whatsoever we have a land mass the size of Japan running between India and Madagascar.  It is not continous but it is sufficient to facilitate human transport.  All this could have flooded out as early as 10,000 years ago or alternately when Atlantis subsided, we could have had a similar subsidence here eliminating the key island chain.  The later possiblity allows for the exrensive cultural history to be more current.

A cursury review of Google maps will show you what i am referring to.  The rest of the story lines are all cultural constructs and must be kept in context.

Also recall that the Pleistocene Nonconformity in 12900 BP saw the Indian subcontinent travel thirty degrees north.  This scoured Eastern Asia and threw up the Himalayas an additional three miles.  Parts of the Indian Ocean likely subsided as well.  Scant history survived though..

The Lost Continent of Kumari Kandam


Bhagavata-Purana, 10th Skanda.
http://www.ancient-origins.net/myths-legends/lost-continent-kumari-kandam-001941
Most people are familiar with the story of Atlantis, the legendary sunken city as described by the ancient Greek philosopher Plato. Till this day, opinion is still divided as to whether this story should be understood literally or taken merely as a morality tale. Further east in the subcontinent of India is a similar tale, though it probably is less well known compared to that of Atlantis. This is the ‘lost continent’ of Lemuria, frequently connected to the legend of Kumari Kandam by speakers of the Tamil language.


The term Lemuria has its origins in the latter part of the 19th century. The English geologist Philip Sclater was puzzled by the presence of lemur fossils in Madagascar and India but not in mainland Africa and the Middle East. Thus, in his 1864 article entitled ‘The Mammals of Madagascar’, Sclater proposed that Madagascar and India were once part of a larger continent, and named this missing landmass ‘Lemuria’. Sclater’s theory was accepted by the scientific community of that period as the explanation of the way lemurs could have migrated from Madagascar to India or vice versa in ancient times. With the emergence of the modern concepts of continental drift and plate tectonics, however, Sclater’s proposition of a submerged continent was no longer tenable. Yet, the idea of a lost continent refused to die, and some still believe that Lemuria was an actual continent that existed in the past.


One such group is the Tamil nationalists. The term Kumari Kandam first appeared in the 15th century Kanda Puranam, the Tamil version of the Skanda Puranam. Yet, stories about an ancient land submerged by the Indian Ocean have been recorded in many earlier Tamil literary works. According to the stories, there was a portion of land that was once ruled by the Pandiyan kings and was swallowed by the sea. When narratives about Lemuria arrived in colonial India, the country was going through a period when folklore was beginning to permeate historic knowledge as facts. As a result, Lemuria was quickly equated with Kumari Kandam. 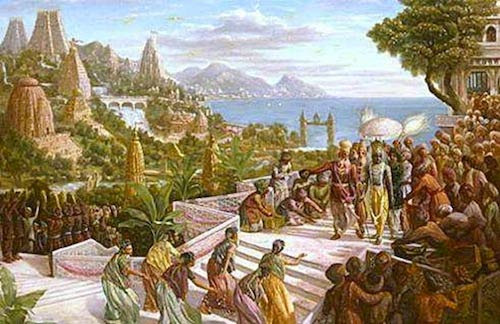 An artist’s depiction of Kumari Kandam. Image source.\
So, how much truth is there in the story of Kumari Kandam? According to researchers at India’s National Institute of Oceanography, the sea level was lower by 100 m about 14,500 years ago and by 60 m about 10,000 years ago. Hence, it is entirely possible that there was once a land bridge connecting the island of Sri Lanka to mainland India. As the rate of global warming increased between 12,000 and 10,000 years ago, the rising sea levels resulted in periodic flooding. This would have submerged prehistoric settlements that were located around the low-lying coastal areas of India and Sri Lanka. Stories of these catastrophic events may have been transmitted orally from one generation to another and finally written down as the story of Kumari Kandam.


One piece of evidence used to support the existence of Kumari Kandam is Adam’s Bridge (also called Rama’s Bridge), a chain of limestone shoals made up of sand, silt and small pebbles located in the Palk Strait extending 18 miles from mainland India to Sri Lanka.  This strip of land was once believed to be a natural formation, however, others argue that images taken by a NASA satellite depict this land formation to be a long broken bridge under the ocean's surface. 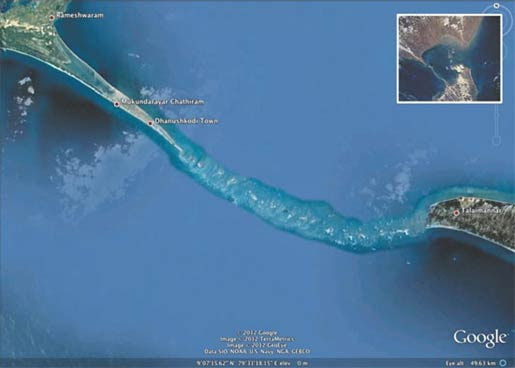 The location of Adam's Bridge between India and Sri Lanka


The existence of a bridge in this location is also supported by another ancient legend.  The Ramayana tells the tale of Sita, Rama’s wife, being held captive on the island of Lanka. Rama commissions a massive building project to construct a bridge to transport his army of Vanara (ape men) across the ocean to Lanka.


As with most so-called myths, it seems likely that there is at least some truth to the ancient Tamil legends of Kumari Kandam, but just how much, is yet to be determined.