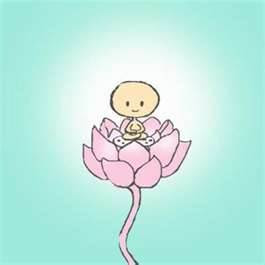 Today we are tackling a serious ethical problem that society has worked hard to neuter. it has chosen to do this by renaming the act of prenatal infanticide as abortion.  That fails to take away the nature of the act in which a duly conceived life is terminated.

It is hardly surprising that so many have struggled with this issue from the beginning.  Our challenge is to now investigate this question in light of new knowledge.

We can now make a number of statements that are largely understood to be correct.

1.       Life is constructed between the Spirit Body using the Soul as the pattern and the physical mother.  I consider it also plausible that the mother initiates the production of the Astral Body by extending her Astral Body during the first 49 days before the pineal gland is formed allowing for the Spirit Body to be joined with the astral body that is forming.

2.         Recall that we have understood that the Spirit Body in particular is a second tier physical entity that is a natural logic machine at the least and has an information density many orders of magnitude greater than is possible for a third tier construct such as the human body.  The astral body is naturally the network of cellular spirit bodies tasked with operating each cell in our physical bodies.  It has been identified as the life force.

3.         So far as we can now tell, the father's contribution is to the physical component of the embryo and possibly an ignition spark to commence growth.  More we cannot say.

What all this does indicate is that there is at least an argument to accept termination early on prior to advent of the Spirit Body and the Soul on the forty ninth day.  However, I would prefer additional confirmation that all this is correct because right now it happens only to be a valid argument subject to correction.  In view of what we know of spiritual adjustments in the case of miscarriages, it does appear reasonable in this case.

It still represents an act of selfishness and a debasement of a couple's love which unfortunately requires little additional help in our society.  These are questions that need to be successfully addressed as well, but properly in terms of the natural community which is presently very weak as compared to traditional societies and what is in fact possible and plausible.

In the meantime we have the society and community we have and that with all its original shortcomings has adjusted to the advent of successful birth control during the past fifty years.  This has meant postponed marriage and postponed emotional maturation in exchange for a higher general education and skill level along with recreational sexuality during early adulthood.  Add in the current ideology of free choice been also individual empowerment and we have a culture of ethical dissonance on infanticide.


That the community has nothing to say is wrong provided the community welcomes the child and naturally supports the mother.  That will need a proper reformulation of the natural community to work properly and this happens to be the most significant issue facing our civilization.  Abandonment of the  mother has driven infanticide during this long fifty year period of transition


Otherwise intervention has to be immediate to reduce psychic damage.


This at least spells out the ethical and cultural issues.

The bad news is that the ending of a life after the forty ninth day becomes infanticide and interrupts a full life and bears a serious karmic cost to the mother as it is a crime motivated by selfishness.  I will leave the topic of karma on the table here but it is enough to say that this is where the ethical wheels meet the rubber. Abortion after 49 days is simply infanticide that causes a spirit already attached to the mother in the spiritual realm to be cut adrift to its injury as well.  Its advancement is delayed often far into the future.


Few mothers who abort receive  grief and/or spiritual therapy which itself is in its infancy.  This is an additional problem that needs to be addressed by our society and civilization.