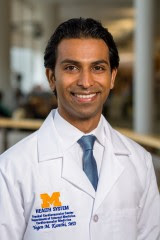 This begs the question of what to do next.  Is CD39 driven by an age related deficiency?  Is it related to say vitamin C?  That consists of tying two linkages together but needs to be tested.


Is there even a CD39 deficiency at all?  How does it relate to Ginseng's effect on Blood chemistry?


Those are the easy questions.  At least we have a promising helper that can be potentially optimized..

Newswise — ANN ARBOR, Mich. – Staying active, never smoking and controlling diabetes and cholesterol can prevent hardening of the arteries, but effective treatment of atherosclerosis could come down to harnessing an enzyme already built in to the blood vessels.

Atherosclerosis is the usual cause of heart attacks, strokes and peripheral vascular disease – conditions that all together are called cardiovascular disease, the No. 1 killer in America.

In a new study published online ahead of print in the August issue of The Journal of Clinical Investigation, scientists at the University of Michigan Health System used mice to show that a human membrane-bound enzyme called CD39, which can clear the dangerous buildup of adenosine triphosphate (ATP) from the bloodstream, significantly reduces atherosclerosis in mice.

The enzyme is known for its ability to control blood clots and reduce inflammation, but the study led by Yogen Kanthi, M.D., and David Pinsky, M.D., is the first to reveal a major role of CD39 in reducing atherosclerosis.

“Better lifestyles and improved treatments have slowed the rates of death from atherosclerosis, but if CD39 proves to be as critical a factor in humans as in mice, it would be a major step forward in understanding heart disease,” says senior study author David Pinsky, M.D., cardiologist and director of the University of Michigan Frankel Cardiovascular Center.

Atherosclerosis is a progressive process that puts blood flow at risk. It begins with damage – caused by high cholesterol, high blood pressure or smoking -- to the thin layer of cells lining the blood vessels.

The damage can lead to an accumulation of cholesterol, cells and debris called plaque that not only puts the heart at risk, but also raises the risk of stroke, peripheral artery disease and other health problems.

The benefit of CD39, according to the lab study, is in its ability to control plaque formation.

The team of investigators from the U-M and Emory University made the discovery that CD39, which lines blood vessels, is regulated by blood flow patterns in mice and in human cells. More research is needed before any potential treatments might become available.

“Plaque predictably occurs in branch points in arteries, where blood flow is turbulent and not smooth,” Kanthi says. “These same areas of turbulent blood flow are ones with the least amount of CD39 lining the artery. The study reveals a key role of CD39 in preventing atherosclerosis and opens new avenues for targeted treatment possibilities in coronary and peripheral artery diseases.”

Disclosure: Dr. Pinsky is an inventor on a patent related to CD39.
Posted by arclein at 12:00 AM