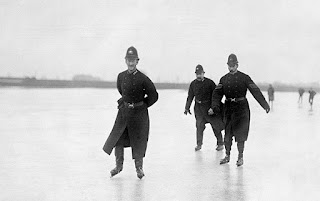 This is of course a long cycle phenomena that is capable of dropping solar radiation. We had posited a long cycle global shift in the Southern Ocean current as a climate driver but it is not able to drop solar radiation and unlikely to prove up very soon either.

So i am going to take a rain check on the proximate effect of these apparent cycles and again we may need centuries of data to shake it all out.  At least we now have a solar long cycle driven by the eleven year cycle of sun  spots.  It is likely just too early to be brave.

I do expect modest cooling though for the next decade and not global warming as everyone else appears to be touting still.
..


The earth is 15 years from a "mini ice-age" that will cause bitterly cold winters during which rivers such as the Thames freeze over, scientists have predicted.
Solar researchers at the University of Northumbria have created a new model of the sun's activity which they claim produces "unprecedentedly accurate predictions".
They said fluid movements within the sun, which are thought to create 11-year cycles in the weather, will converge in such a way that temperatures will fall dramatically in the 2030s.
Solar activity will fall by 60 per cent as two waves of fluid "effectively cancel each other out", according to Prof Valentina Zharkova.

In a presentation to the National Astronomy Meeting in Llandudno, she said the result would be similar to freezing conditions of the late 17th century.
“[In the cycle between 2030 and around 2040] the two waves exactly mirror each other – peaking at the same time but in opposite hemispheres of the sun," she said.
"Their interaction will be disruptive, or they will nearly cancel each other.
"We predict that this will lead to the properties of a ‘Maunder minimum'".
Maunder minimum, indicating low sunspot activity, was the name given to the period between 1645 and 1715, when Europe and North America experienced very cold winters.

In England during this "Little Ice Age", River Thames frost fairs were held. In the winter of 1683-84 the Thames froze over for seven weeks, during which it was "passable by foot", according to historical records.
Prof Zharkova said scientists had known about one dynamo caused by convecting fluids deep within the sun, but her research appeared to have uncovered another.
"We found magnetic wave components appearing in pairs, originating in two different layers in the sun’s interior," she said.

"They both have a frequency of approximately 11 years, although this frequency is slightly different, and they are offset in time.

"Over the cycle, the waves fluctuate between the northern and southern hemispheres of the Sun. Combining both waves together and comparing to real data for the current solar cycle, we found that our predictions showed an accuracy of 97 per cent."
This had helped create a picture of what would happen in the 2030s.
"Effectively, when the waves are approximately in phase, they can show strong interaction, or resonance, and we have strong solar activity," Prof Zharkova said.
"When they are out of phase, we have solar minimums. When there is full phase separation, we have the conditions last seen during the Maunder minimum, 370 years ago."
Posted by arclein at 12:00 AM

This data was collected right in the middle of massive Government Chemtrail Spraying, that blocks solar radiation. So what happens if the spraying stops?