This Unbelievable Coincidence Is Responsible For Life In The Universe 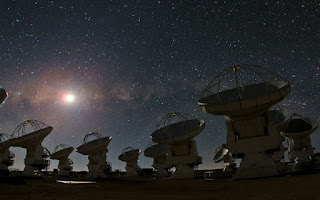 I do not think that this story is necessarily over though. I would like to see work done on neutron pairs that have not decayed into hydrogen.  I suspect that the potential for element production from assemblages of such undecayed pairs is much higher and operative without the intervention of a star.


Other wise we have to rely on the actual death of stars to produce all the matter in the universe  and I do not think that conjecture will survive rigorous investigation.  We have accepted the reaction chain system far too quickly and have also forgotten that the chain is going the wrong way after Iron.


I find it much easier to allow a few hundred neutron pairs to self pack until they reach a geometry that makes decay into an element(s) probable.


This conjecture avoids all prospective bottlenecks.


This Unbelievable Coincidence Is Responsible For Life In The Universe


Life is dependent upon a lot of coincidences, but there’s only one that was so improbable that physicists laughed at the very idea of it. Here’s why something known as the “beryllium bottleneck” should have choked out all life before it even got started.

When a star ignites, it does so due to the fusion of hydrogen atoms in its core. Hydrogen atoms fuse together to make helium atoms. When they do, those atoms fuse together into a specific kind of helium atom, one which has two protons and two neutrons. The inside of a star that has burned through a lot of its hydrogen is swimming with helium-4 atoms. It is at this point that the universe should have stopped.

At least that was the prevailing understanding of nuclear physics going into the 1950s. Further progress should have been impossible, due to a phenomenon known as the “beryllium bottleneck.” There are two possible ways for atoms to progress from helium-4 and hydrogen-1, the two isotopes inside of stars. Hydrogen and helium could combine to make to make lithium-5, with three protons and two neutrons. This isotope is unstable, and is unlikely to be made in a core mostly made of helium. The only other possibility was two helium-4 atoms fusing to make beryllium-8.

Beryllium-8, with four neutrons and four protons, has a half-life of around 10−17seconds. The universe should have ended with stars pouring their energy into making an endlessly disintegrating series of beryllium atoms.

But Hoyle’s answer came with another problem. Even if two helium atoms came together to form beryllium, and another helium atom came along before the beryllium disintegrated, the impact should simply blow the whole structure apart. Energy has to be gained and shed in distinct quantities, and there was no energy level of carbon-12 that would work. Hoyle worked out what the energy level would be, and proposed that someone find it.

Many thought it was ludicrous, but Hoyle was persistent and bold, and finally got the attention of experimental physicists William Fowler and Ward Whaling. Six months later, and what do you know? It was confirmed that an isotope that lasted for only a fraction of a second could get hit by a helium nucleus, and result in a previously-undiscovered energy state of carbon-12, which could be dissipated by a gamma ray, which is why I’m sitting here typing this and you’re sitting there reading it.
Posted by arclein at 12:00 AM