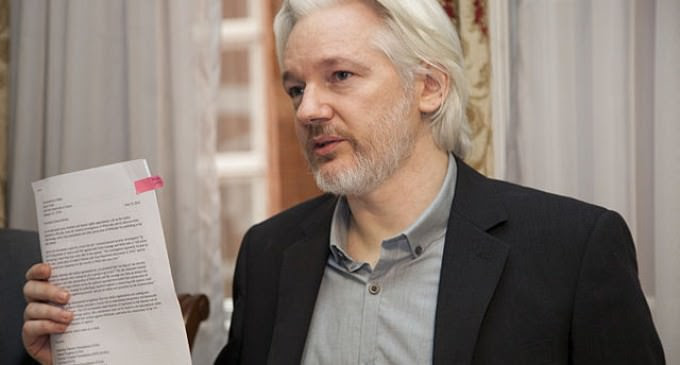 The idea of international tribunals is an obvious extension of State practice but is also missing the safeguards built up over centuries of experience.

This happens to be a huge leap and one that we can expect the Chinese in particular to game as they have also gamed other international agreements.  What it calls for is a conferance of these parties aimed at producing an international legal framework that is also enforceable on both China and the USA and folks on the public at large as well.  This means a voting process that encompasses the whole involved population.

All this can empower multinational corporations and simultaneously tame these entities which happens to be in everyone's interest.

We may not do this this time around, but it is becoming inevitable and important particularly with the advent of state sponsored multinationals.

The point is that the States are sharing sovereignty and must provide general access to all entities without picking and choosing to the direct disadvantage of its partners as has been happening.

Julian Assange, founder of Wikileaks, gives us an example as to how corporations will literally run our country:  If a public hospital is built close to a private one owned by a participating corporation

, the private hospital can to SUE the COUNTRY for ANTICIPATED losses. The corporation is king and can even make claims based on expected future losses, not actual losses.

Making all of this even more horrific is the fact that once signed, it’s very difficult for a country to get out of it because it’s a multinational agreement. One would have to go back to the negotiating  table with 11 other nations to make any changes.

WikiLeaks releases today the “Investment Chapter” from the secret negotiations of the TPP (Trans-Pacific Partnership) agreement. The document

adds to the previous WikiLeaks publications of the chapters for Intellectual Property Rights (November 2013) and the Environment (January 2014).

The TPP Investment Chapter, published today, is dated 20 January 2015. The document is classified and supposed to be kept secret for four years after the entry into force of the TPP agreement or, if no agreement is reached, for four years from the close of the negotiations.

Julian Assange, WikiLeaks editor said: “The TPP has developed in secret an unaccountable supranational court for multinationals to sue states. This system is a challenge to parliamentary and judicial sovereignty. Similar tribunals have already been shown to chill the adoption of sane environmental protection

Current TPP negotiation member states are the United States, Japan, Mexico, Canada, Australia, Malaysia, Chile, Singapore, Peru, Vietnam, New Zealand and Brunei. The TPP is the largest economic treaty in history, including countries that represent more than 40 per cent of the world´s GDP.

The Investment Chapter highlights the intent of the TPP negotiating parties, led by the United States, to increase the power of global corporations by creating a supra-national court, or tribunal, where foreign firms can “sue” states and obtain taxpayer compensation for “expected future profits”. These investor-state dispute settlement (ISDS) tribunals are designed to overrule the national court systems

. ISDS tribunals introduce a mechanism by which multinational corporations can force governments to pay compensation if the tribunal states that a country’s laws or policies affect the company’s claimed future profits. In return, states hope that multinationals will invest more. Similar mechanisms have already been used. For example, US tobacco company Phillip Morris used one such tribunal to sue Australia (June 2011 – ongoing) for mandating plain packaging of tobacco products on public health grounds; and by the oil giant Chevron against Ecuador in an attempt to evade a multi-billion-dollar compensation ruling for polluting the environment. The threat of future lawsuits chilled environmental and other legislation in Canada after it was sued by pesticide companies in 2008/9. ISDS tribunals are often held in secret, have no appeal mechanism, do not subordinate themselves to human rights laws or the public interest, and have few means by which other affected parties can make representations.

The TPP negotiations have been ongoing in secrecy for five years and are now in their final stages. In the United States the Obama administration

plans to “fast-track” the treaty through Congress without the ability of elected officials to discuss or vote on individual measures. This has met growing opposition as a result of increased public scrutiny following WikiLeaks’ earlier releases of documents from the negotiations.

The TPP is set to be the forerunner to an equally secret agreement between the US and EU, the TTIP (Transatlantic Trade and Investment Partnership).

Negotiations for the TTIP were initiated by the Obama administration in January 2013. Combined, the TPP and TTIP will cover more than 60 per cent of global GDP. The third treaty of the same kind, also negotiated in secrecy is TISA, on trade in services, including the financial and health sectors. It covers 50 countries, including the US and all EU countries. WikiLeaks released the secret draft text of the TISA’s financial annex in June 2014.

All these agreements on so-called “free trade” are negotiated outside the World Trade Organization’s (WTO) framework. Conspicuously absent from the countries involved in these agreements are the BRICs countries of Brazil, Russia, India and China.
Posted by arclein at 12:00 AM