The True Alien Encounter Story Behind “Fire in the Sky” 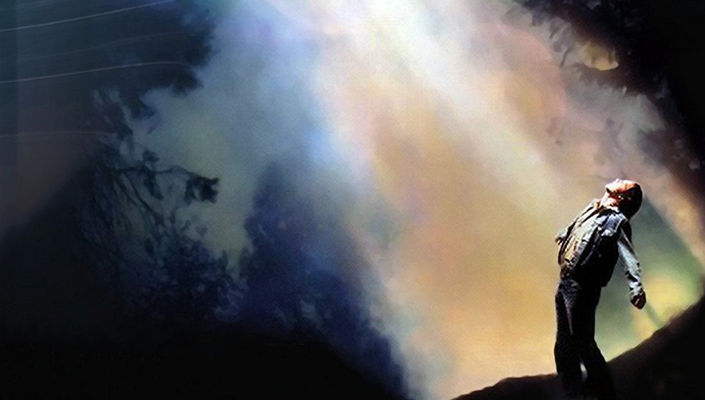 This is one of the best encounter reports and has received ample publicity.   It is genuine, but then so are many other similar reports.  What makes this important is the bevy of eye witnesses, the multi day disappearance during which the eye witnesses stirred up the countryside and brought maximum attention to the case and the sudden reappearance of an addled Travis who then did not know what had happened.

What we have is a clear encounter that cannot be obfuscated by allegations against the witnesses.  that is a blessing because we can now review other similar reports to discover similarities and we do.  Get over it folks - this is real and there are thousands of conforming reports to flesh out the reality.

If i had no other report, i would still know that this report is about a real alien encounter.  The only thing missing is the aliens posing for a photo shoot.

.
.
The True Alien Encounter Story Behind “Fire in the Sky”

“Fire in the Sky” is a 1993 film based off of a book by Travis Walton of the same name, which explains his encounter with an alien craft in 1975.

The film depicts a terrifying abduction scene filled with horrific-looking aliens, and a medical procedure which left many theatregoers with bone-chilling nightmares.

Unfortunately, Hollywood took its own artistic license and twisted the true story of what really happened to Travis on that unlucky day, and now, almost 40 years later – he is ready to set the record straight.

On November 5th, 1975 Travis, along with six other men, were working on a tree-thinning contract in Turkey Springs, Arizona. While there was some tension between him and his co-workers, nothing eventful took place while they worked their way through the day.

As sunset approached, the crew readied to pack up, and at around 6:10pm they loaded into their pickup truck to make their way home.

On the ride back, a bright light caught Travis’ eye. Shining with a yellow brilliance, the men couldn’t make out what it could be, whether a fire, or perhaps a crashed plane.

They decided to drive towards the light, only to discover what Travis explained as “the most awesome, incredible sight we had seen in our entire lives.” It was a flying saucer.

After shutting off the engine to their truck, the group took an even closer look at this unbelievable sight. The craft appeared to be stationary, floating about 20 feet above the ground, with a diameter of fifteen to twenty feet.

It was shaped as though it was made of two gigantic pie-pans placed lip to lip, with a small round bowl turned upside down on the top.

Travis hastily made a decision to examine the craft up-close, a decision that haunts him to this day. He walked directly beneath the machine, awe-struck, bathed in its yellow aura.

It seemed as though he was hypnotized by the mystery of this strange visitor, but suddenly the energy shifted. The saucer started to wobble, and soon began emitting various noises. Travis ducked into a crouch and was suddenly hit with a tremendous, bright, blue-green ray.

To the men, it seemed as though Travis had been killed. The force of the blast left him paralyzed, limp, and seemingly lifeless. Out of fear for their own lives, the men took off, scared to death that they would be killed as well.

5 days passed and hysteria ensued across the small town of Snowflake, Arizona, from which the men had all originated.

The six men were accused of murder, since nobody could fathom the fact that they had encountered a flying saucer, never mind that Travis had been killed by one, but his body was nowhere to be found when they went back to the site to investigate.

Then, out of nowhere, Travis’ brother got a phone call. He was back, and he was alive. Travis was found in a phone booth, about 15 miles from the worksite, 12 lbs thinner, with 5 days’ growth of beard. Shocked, scared, hungry, he was unable to properly articulate what had happened to him.

Eventually, through hypnosis he was able to regress and recount his experiences on the alien craft – experiences which, although traumatic at the time, he now believes were benevolent in nature, and not meant to harm him.

His new documentary, Travis (see trailer below), further explains the real course of events that forever changed his destiny, as well as his place in the cosmos. I recently had the opportunity to attend the New York premiere of this film and to meet Travis, as well as ask him a few questions about his experience.

I found him to not only be frank and honest, but a very genuine man – whose sole intention is to share his truth, not profit from his experience. It is clear he has no hidden agenda.

Explaining the unexplainable to deaf ears and closed minds is a task which is not only daunting, but draining as well. While science is able to verify certain facts with data, experience is something else entirely; by definition, it must be experienced to be understood.

The idea of the “other,” the alien, the extra-terrestrial will continue to be controversial unless disclosure occurs, but we should not discount that which we have not yet experienced. There is much to learn from the experiences of others.

Travis Trailer from Contact Light Films on Vimeo.
Posted by arclein at 12:00 AM