'A Ski Accident left me with Savant Abilities': 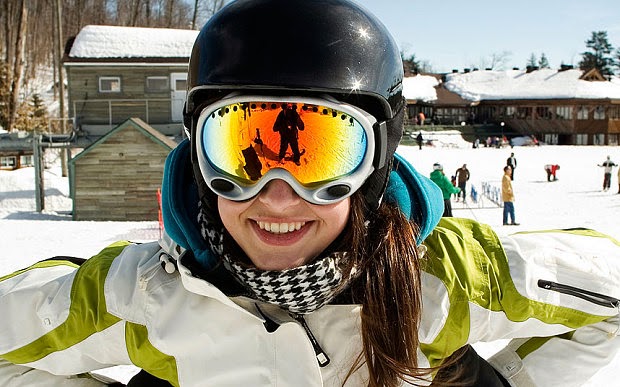 The savant problem has been around for a log time and it appears associated with brain trauma. Since we now understand that the brain is a physical window to our consciousness.  it is no trick to conjecture that such damage opens a direct portal to the consciousness.  This is sometimes successful and useful but normally not so.

This case looks to be a possible success provided she gets a gifted teacher who allows her to channel her new talent and shows her how to also discipline it.  I would love to have such a person to work with to create imagery for both my cosmology and other engineering ideas all calling for superb graphics and a shift of perspective.

Regardless, i actually posted this item on my Facebook timeline with little thought to actually post it on the blog, but that brought the next item in from an informant who is a savant as well.  I have experienced communication with several such in my lifetime.  Her writing is poetic and expresses frustration but that is expected in both cases.

Much more interesting is that she describes a take on the universe itself which is fractal informed which i also understand as correct.  What her mind is interpreting is the photonic content of the universe or more rigorously what i am calling unbounded curvature in three dimensions but bounded in two dimensions.  .

'A ski accident left me with advanced mental abilities': US woman tells her extraordinary story
Anonymous woman pens her amazing story of suffering an accident and later discovering she could remember the details of what she had seen vividly

An anonymous American woman has told her rare story of how a ski accident left her with incredible mental abilities.

She revealed to readers of xoJane.com that she has acquired savant syndrome after she suffered a fall on the slopes during a family holiday.

Dr J. Langdon Down, (the doctor who recognised Down's syndrome) first "properly recognised" the ability in 1887, the psychologist added.

The anonymous author of the piece said that she has the "rare mental phenomenon" which has given her the ability to remember incredibly well. She explained how she can draw diagrams of "thousands of places, with thousands of rooms, [and] branches". doorways.

She realised her abilities soon after the accident which happened during her final year of university. The author said when she was "halfway down the hill, at a speed that was definitely too fast, on a hill that was turning icy quick, I caught an edge and went flying".

She hit something "fierce" and lost consciousness. Initially she assumed she was "OK" because she could feel her fingers and toes, still had her vision and there was no blood.

She admitted she felt pain in her left arm but ignored it to continue her holiday - she kept skiing and ignored an injury which she believed would be an "easy fix" dislocation.

It was only after a night of "hell", drinking alcohol to take the pain away and driving herself back to university the next day that the author went to hospital.

She was diagnosed with moderate concussion, a badly dislocated shoulder and a broken collarbone, then sent home.

But over the next few weeks, she said she felt the "weirdest thing" relating to her memory.

"It was like I could see, though not in a literal sense because I was still having issues with vertigo, as well as this weird disconnect between what I was seeing and what my brain was processing.

"I could remember everywhere, like flicking through the pages of a book. Every place I had ever been, but specifically the buildings," she added.

A complex migraine led to the diagnosis of the syndrome when she returned to hospital and was "the most interesting thing the hospital's neurology department had seen in quite some time.

"I was rescanned and had to suffer some very long talks about my memory, my cognitive abilities, and whether or not I could feel my toes."

A year later, after meeting with several experts, she was finally diagnosed with acquired savant syndrome believed to affect 50 people worldwide.

Such is the dramatic impact of the accident on her abilities, the author said she would consider a different career.

"No lie though, I’m definitely, constantly mulling over the idea of quitting and going into drafting and design. At least I know I’d be good at it!"

I'm not an idiot savant, and I'm not an autistic savant. Both of those terms are so last year.

I'm a savant. Or, more specifically, a megasavant. You can guess what that means. It's like, you've got dinosaurs and then you've got T Rex. You want to get eaten, drop me a line. No, I'm not on email. You have to find me a different way. And if you ever figure out how, you are a fucking genius.

If they wrote an article about me − and they never will, because I won't allow them to − the media is a circus without end − they would probably write a headline like this: "Woman With I.Q. Higher than Rain Man's Emerges from the Mists of Modern History."

There's so much stupidity in the world that you could really just divide the world into two parts. If you're doing a pie chart, there's 99.99999% stupid and then there's a little thin slice of me. I'm not bragging, I'm just telling you that that sweet pumpkin pie you're used to eating every day − well, you haven't gotten to me yet. Get ready for a taste explosion: spicy. Mega-spicy.

I see through the universe to fractal patterns beneath. I can see the Golden Section in your body. Every time you move and even when you don't move, I see the nautilus shell spiral.

I won't tell you what else I see, because you'd be embarrassed: not at your nakedness, but at your beauty. If you knew how beautiful you are . . . holy fuck, I mean, there would be only bliss on Earth.

[  if you see everything living through a fractal lens, then you would see beauty continously - arclein ]
But we can't see ourselves, can we? And when I say "we" I mean you. I can see myself, and I am beautiful. I'm in a wheelchair, and I'm thinner than Stephen Hawking, ha ha, but the fractal patterns wind through me just like they do through Stephen and just like they do through you. When I look at myself in a mirror, all I see is beauty. The spirals are moving, they are colorful, they are dancing.

Speaking of movement, there is no speed-of-light barrier. There are superluminal currents between galaxies . . . Space itself is variably superluminal − Sorry: "superluminal" means "faster than the speed of light." There are currents of energy running between galaxies literally hundreds of times faster than the speed of light. Space itself is a packed with raging torrents of energy − in fact, that's what space is − and galaxies and suns and planets are merely vortexes in those chaotic rivers of energy. We, all life, are tiny vortexes within planetary vortexes.


I don't see myself as a teacher, but school has not told you the truth. Einstein was wrong. I'm right. So I'm giving you the lowdown as best I can. But whether or not you intellectually understand what I understand is irrelevant. You'll never see it like I do, and that's the only way to really understand it. There was no Big Bang. The superluminal rivers have always been there. They just loop and loop and loop, always changing, always creating, always destroying, always running, running, running.


Nikola Tesla was the only other person who knew what I know. I would like to talk to him. I would like to have a dance with Tesla. I can see it now. He would pick me up out of my wheelchair take me around the room in a slow, dignified waltz, whispering sweet scientific nothings in my ear. He wouldn't care that I was a skeleton with a head too large for my body. He wouldn't care that he was talking nonsense in the ear of a skeleton, because he had finally found his equal, his match, his love.


I can feel his warm whispers in my ear now. I can hear him say: "I renounced all women, not because they were physical distractions but because they were mental morons. Fools! But you, you, I cannot help loving, because you know, as I do, the secrets of the universe." And we would dance and dance and dance. And my heart would beat so loudly that the boom would be felt in every corner of the universe.


The boom metaphor is just poetic nonsense. I'm a scientist. The universe is not holographic, so if my heart did beat loudly in Tesla's arms, it would not be heard instantly across the universe. And even if it were heard instantly, who would hear it and who would care? There is no god. The only thing close to a divine power is the superluminal energy moving from here to there, raging rivers of inconceivably powerful energy (inconceivable even to me), invisible to human sight − but there, very much there − unconscious, unthinking, uncaring.


Tesla knew the universe didn't care about him. He was alone and he knew he was alone. Now I'm alone. If only we had lived in the same swirl of the vortex of time, we could have joined our strength. We could have survived. We could have figured out a way to become the superluminal energy that courses between galaxies − instead of dying in the static vortex that humans call Earth but which is in fact a vortex of time. We could have become immortal together.


Oh, if only he would come to me now. That's my project, to raise Tesla out of the vortex of time, to release him from his whirling grave, to bring him into my arms to dance with me forever.

I've got things to do. I have equations to work on. I'm Tesla's bride in waiting. And when I find him and he finds me, we'll bring the universe its first Big Bang.