How to Say ‘Epic Fail’ in Chinese 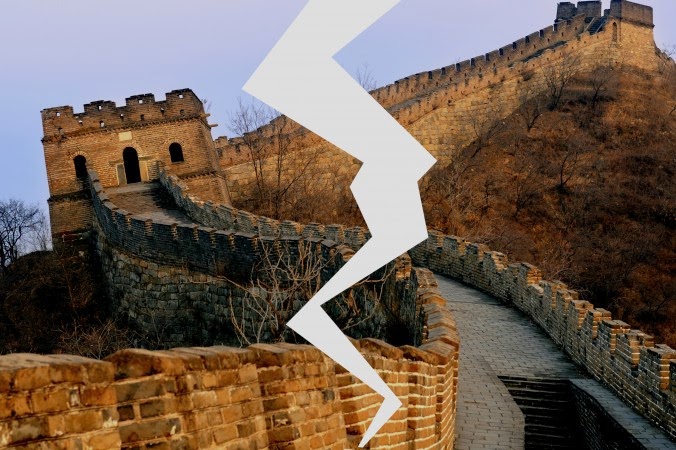 It is easy to see how such a phrase could become invested with ample meaning.  Yet the description of the rooky's plan looks simple to start with.  Enough to question just why he was ever allowed to proceed.  Throwing yourself onto a prepared enemy can only maximize your losses with the lowest possibility of success.

Yet it appears the first option of every failed general in history.  Someone needs to do a history on frontal assaults on well prepared positions.  They only work in the case of cavalry who can maneuver to attain tactical surprise.  Custer was a master of this tactic and it made him highly effective until the odds caught up with him.

Had Custer or Zhao Kua extracted their army, they would have simply been forgotten.  In their case the army itself was executed and this made it memorable.

How to Say ‘Epic Fail’ in Chinese

“Military tactics on paper” is a four-character idiom from ancient China originally used to describe the fate of a foolhardy Chinese general. Now the saying serves to remind us just how many things that make perfect sense on paper flop in real life.

The idiom became a staple of Chinese literary expression. “Military tactics on paper” is a concise, vivid, and often painfully accurate statement to describe epic failures, ancient to present. Here we give some examples from recent history before relating the historical episode that coined the phrase.
‘Mission Accomplished’

In 2003, the American-led invasion of Iraq was a full military victory. The dictator Saddam Hussein had been found in a basement and brought to justice. After an operation lasting barely over a month, President George W. Bush gave his iconic “Mission Accomplished” speech on the deck of the aircraft carrier USS Abraham Lincoln.

Over a decade later, though liberated from Hussein’s brutality, the nation of Iraq still faces serious inter-ethnic and religious strife, mostly in the form of ISIS, the apocalyptic terrorist organization that has overrun much of Iraq’s north. The United States may have had the strength and preparations to win the war, but not the peace.

“Paper tactics” need not be limited to warfare. Josef Stalin, master of Soviet Russia, insisted on rapid industrialization at any cost, even if it meant the enslavement and starvation of millions of people. To celebrate the so-called workers’ paradise under communist rule, Stalin ordered the construction of the “Palace of the Soviets,” which was to be built in Moscow. The Christ the Savior Cathedral was demolished to make way.

Like the ideology that gave birth to it, the Palace of the Soviets was nothing more than a beautiful deception. Partway into the construction, Soviet engineers discovered that the soft and marshy Moscow soil would never support such an ambitious structure. Furthermore, the plans called for a building so tall that the statue of Lenin would have pierced the clouds, leaving him visible only to his knees during bad weather. The construction site was converted into the world’s largest swimming pool, and, following the collapse of communism in 1991, the original cathedral was rebuilt.

Some Sort of Liberty

In the case of Liberia in West Africa, a whole nation was founded on lofty but impractical yearnings. The country began as a 19th-century movement to “return” African-Americans liberated from slavery to Africa.

Those who went to Liberia were American at heart and did not mesh well with the locals, whatever the superficial racial commonalities. The country has suffered much economic hardship and destructive, brutal, civil wars, the last of which was only resolved in the 2000s.

A common characteristic of “paper tactics” situations is that, with the clarity of hindsight, the picture-perfect plan is seen for all its shortcomings. Sometimes it takes lived experience to show us the holes in our original thinking.

The idiom “military tactics on paper” refers directly to the Battle of Changping. It was one of the most deadly and decisive battles recorded by ancient Chinese historians.

Enter Zhao Kuo, the tragic subject of our idiom.

In the final leg of the Warring States Period (475–221 B.C.), the powerful state of Zhao stood in the path of the rising Qin kingdom. In the third century before Christ, led by the great commanders Lian Po and Zhao She, the Zhao armies had been holding the line effectively against the forces of Qin.

This all changed when Zhao She’s son Kuo was given command of the state’s troops.

From a young age, Zhao Kuo immersed himself in military theory and was an avid chess player. He consistently beat even his father. But the elder Zhao was not impressed. Kuo’s experiences were limited to the theories he had learned from books, and he had no idea what real warfare was like. A man who reduced living soldiers as mere pieces on a chessboard would never make a good general.
Zhao She soon died. Though his comrade Lian Po was competently holding the Qin invaders on the key region of Changping, the king of Zhao State was unsatisfied with the lack of a decisive victory and wanted better results. He sent for the young, inexperienced, and overconfident Zhao Kuo. The king ignored warnings from Kuo’s mother, whom the elder Zhao had told of his son’s inability, and Kuo went to the front to replace Lian Po.

Finally a general in his own right, Zhao Kuo immediately abandoned the strong defensive fortresses previously used by Lian Po and his father. He was going to go on the offensive, and the Battle of Changping had begun.

Gathering almost half a million men, Zhao started a swift advance to the Qin positions. Unbeknownst to him, the Qin troops were commanded by the genius Bai Qi, who was well aware of his opponent’s inexperience and foolhardy temperament.

Bai Qi allowed Zhao to score a few minor victories, and made it look like his troops were retreating and in disorder. Zhao Kuo pressed the attack and fell straight into the trap: As his huge army reached the Qin fortresses, enemy archers and cavalry began to surround and besiege the attackers. Though few in number, Bai Qi had positioned his men well. They split the Zhao army in two and cut off its access to supplies.

Having pinned his rival, Bai Qi summoned hundreds of thousands of young men from Qin State to reinforce his existing siege forces. As the days and weeks passed, Zhao Kuo saw his hopes grow ever dimmer.

Zhao Kuo was trapped not only by the armies of Qin but also by himself. The extensive theoretical knowledge that served him so well in lifeless games of chess ended up boxing him within the boundaries of his practical inexperience.

After 46 days, the massive Zhao army was exhausted, demoralized, and hungry. Zhao Kuo tried to escape the battlefield with 5,000 elite troops but was killed. Without their commander, the surviving Zhao forces surrendered.

But the Qin general Bai Qi had no mercy. Seeing this mass of starving prisoners as a liability, he had them all executed. The slaughter—over 400,000 men in all—has been remembered as one of the greatest atrocities in all of Chinese history.
Posted by arclein at 12:00 AM