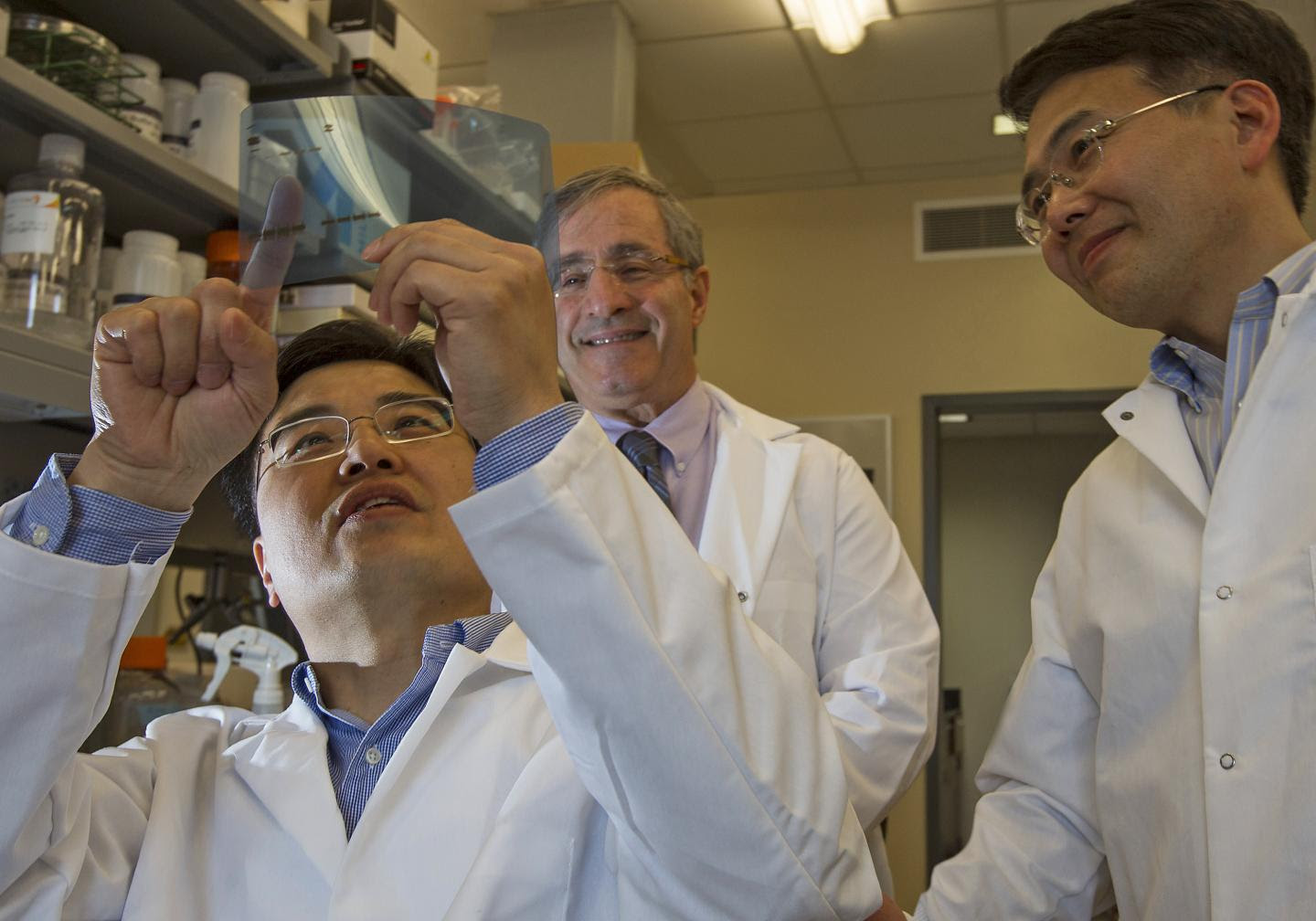 It may be possible to develop useful therapies from this.  Even stopping the progression can be useful as apparently ending smoking itself is not good enough once the damage is done.

It ultimately killed Leonard Nimoy decades after he quit smoking through this unnatural progression.
At least we now see the key pathway and understand how.
.
.
Study finds inhibitor for COPD lung destruction

Brown University
PROVIDENCE, R.I. [Brown University] -- In a new study, a research team based at Brown and Yale implicates a specific mitochondrial protein and pathway in the development of chronic obstructive pulmonary disease (COPD) from exposure to cigarette smoke. Observations in human patients and experiments in mouse models show that suppression of the protein is a major cigarette-induced signature of the emphysema -- lung destruction -- that is seen in COPD.

COPD is the third leading cause of death in the United States.

"This is a new school of thought in terms of what causes emphysema and a new school of thought regarding how cigarette smoke does what it does," said pulmonologist Dr. Jack A. Elias, dean of medicine and biological sciences at Brown University and corresponding author of the study in the Journal of Clinical Investigation. "We're showing that a lot of what's going on is related to mitochondria."

In COPD the damage to lung tissue is done by an errant mitochondrial immune response pathway called the "MAVS/RIG-I-like helicase pathway," whose natural purpose is to fight off viruses and provide other innate immune responses. The protein investigated in the new study, NLRX1, is a known inhibitor of the pathway. Its effect can be thought of as comparable to the sheet of glass that must be broken before someone can use a fire extinguisher. Under normal circumstances the glass prevents the extinguisher from being activated and NLRX1 prevents the MAVS/RIG-like helicase pathway from being activated. In COPD, cigarette smoke breaks the NLRX1 glass, unleashing an overly exuberant reaction under an inappropriate condition with awful results for patients.

"Our observation is that NLRX1 is a critical inhibitor of MAVS/RIG-like helicase signaling that is affected by cigarette smoking exposure," said study lead author Min-Jong Kang, a researcher at both Yale and Brown.

The findings could eventually yield improvements in care, the researchers said. In one of the key experiments in mice, the scientists showed that promoting the overexpression of NLRX1 restored suppression of the MAVS/RIG-like helicase immune response, blocking the development of disease. In addition, by showing the key role of a measurable protein and associated gene, the researchers said, the study could lead to a new way of assessing a patient's risk of developing COPD and could potentially predict its severity.

Clinical correlations in people Using samples of lung tissue from stricken and healthy patients, the researchers were able to see a clear relationship between levels of NLRX1 expression and the clinical stage of current and former smokers with COPD. In three independent groups of patients they observed not only that NLRX1 levels were lower in people with the condition, but also the worse the stage of the disease, the lower the levels were.

The samples came from patients through the The National Institutes of Health, the University of Pittsburgh, and Asan Medical Center in South Korea.

The consequences for patients were clear in the NIH cohort. Low levels of NLRX1 were associated with measures of greater breathing difficulty, lower quality of life, and poorer prognosis.

"We observed that the levels of this molecule could explain diverse aspects of disease severity and patient's symptoms," Kang said.

Manipulations in mice In mouse models the researchers were able to explore directly the relationship between cigarette smoke exposure, NLRX1, and the MAVS/RIG-like helicase pathway. Mice exposed to smoke exhibited lower levels of NLRX1 expression than controls that were not exposed. Mice engineered to lack the gene for NLRX1 developed an enhanced degree of emphysema when exposed to smoke.

Other tests showed that mice lacking the NLRX1 gene exhibited a cascade of molecular responses -- particularly an unbalancing of protease proteins -- that other researchers have previously associated with COPD. The researchers also noted exaggerated levels of lung cell death in mice that lacked NLRX1, which is consistent with another hypotheses about how COPD develops.

"We now have a common denominator that seems to bring all these hypotheses together," Elias said.

Having shown that a lack of NLRX1 is significantly associated with problems from cigarette smoke exposure, the researchers moved on to determine whether bolstering expression of the protein would be helpful. They used an engineered virus to prompt mice exposed to cigarette smoke (CS) to overexpress NLRX1, while they left other smoke-exposed mice without that boost. After six months, the mice with higher levels of protein expression had significantly less lung damage than the mice without that advantage. The team has filed for a provisional patent on the idea.

Further experiments connected NLRX1 with the MAVS/RIG-like helicase pathway in the context of cigarette smoke exposure. In one experiment, for example, researchers showed that while smoke-exposed mice lacking the NLRX1 gene developed enhanced emphysema, smoke-exposed mice lacking both the NLRX1 gene and the MAVS gene, which is a central integrator of the MAVS/RIG-like helicase pathway, had much less lung damage. In other words, lacking the protein was not a problem for mice who also lacked the pathway that it suppresses.

Next for NLRX1 For all the evidence they gathered, the researchers still have questions to answer. They don't yet know how cigarette smoke manages to suppress NLRX1 in people. When smoke exposure ends in mice, the inflammation tends to die down, but in people it does not.

The researchers also want to find out whether variations in the protein's gene, such as single nucleotide differences, affect a patient's susceptibility to COPD.