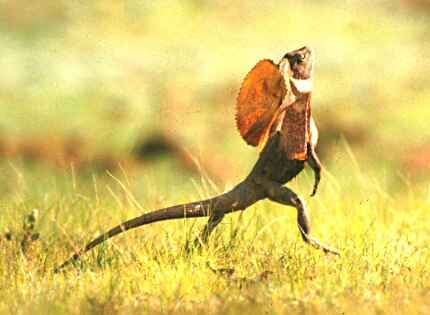 This is an odd item and it not particularly conforming to other reports. Yet itseems authentic as such.  It could easily be an unknown species of simple lizards that live in caves generally.  Yet its movements were also considered and the mind effect must be noted.

This creature has abilities well beyond expectations and could well be the immature version of the reptiloid encountered in other reports.

So we will leave it at that except to note that this does need additional investigation.
Cavern Reptile Experience
http://www.phantomsandmonsters.com/2015/05/cavern-reptile-experience.html
Early last week, I received a telephone message from a woman in Muncie, Indiana. She and a companion had witnessed something frightening and unexplained while touring a cavern in Harrison County, Indiana. I conducted two interviews with the witness (who I will refer to a 'GG') and have listed the events described to me. 'GG' is a Dominican national and her English is fair...so it was a bit of a challenge obtaining the information:

- The witness and her friend were with a group from Muncie, IN. The cavern tour was part of the itinerary, after spending the previous day shopping and touring Louisville, Kentucky.

- The tour had reached an area with many small underground waterfalls. There were a few large flat rocks on the right side of the waterfalls, including a few overhangs. GG noticed what appeared to be a bright yellow 'eye' shining from under one of the overhangs. She immediately got chills all over her. Her friend asked what she was looking at, so she pointed towards the rocks. She saw the same eye looking back at her. They stood there for about 5 minutes watching the eye as it appeared and disappeared. They were about 30 ft. from the rock. There was movement as well, but very hard to see because the lighting was dim.

- When the tour started to move on, GG looked back in the direction of the eye and saw something exit from under the overhang. She briefly stopped and watched. It crawled out onto the open rock surface then stood up on it's back legs. Almost immediately it scurried away into another crevice in the rock. It looked like a lizard of some kind. It had a short tail and was dark in color. The arms and legs were long, almost human-like. GG thinks it was about 15 inches high.

- She quickly rejoined the group, but continued to watch behind her. Her friend did not see the lizard, butGG described it to her after they returned to the bus. The friend gave her a Lorazepam pill to help calm her down. GG was shaking badly and others on the bus were noticing her. She did not mention what she saw to the other people in the group.

- The next day, GG felt very ill. It may have been from the pill but she thinks something happened to her physically and mentally because of what she saw. GG doesn't think she was supposed to see the lizard being.

NOTE: GG contacted me after finding the Astral Perceptions Universal website. She agreed to allow me to post some of her experience on the blog (the sighting details), though personal information will not be disclosed. GG is curious if others may have seen something similar and, if they did, what was the result.

You may remember a sighting report I received in February - What Was That Thing? - Mystic Caverns, Arkansas - where the witness described a possible bi-pedal amphibian-like humanoid. Reptoid and lizard humanoids have been encountered internationally as well - Reptilian Confrontation - Nuevalos, Spain.

Could there be an underground population of saurian humanoids / aliens on Earth? I always go back to what David Eckhart described to me over the years - David Eckhart Family - Alien Encounters and The David Eckhart Family Alien Ordeal. We are part of an agenda...many of us have been made aware of it's existence. It's just a matter of how much we want to believe. Lon
Posted by arclein at 12:00 AM