Young Volcanoes on the Moon 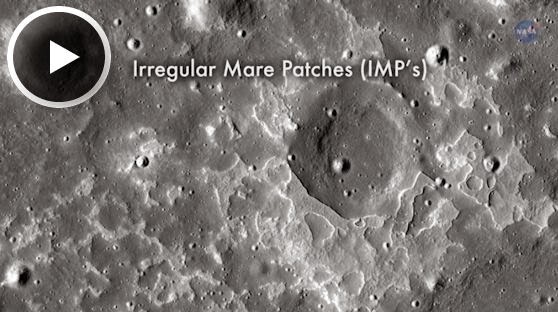 This is a complete surprise as there was zero indication of real volcanism.  That has now changed.   What it means about the core now needs to be investigated with different eyes.  One expects a deep chamber at the core and a deep pathway that allows some escape.

We still do not expect persuasive volcanism as we experience here.


We also want to think twice about Mars.  If this is an indicator, then there must be far more action on Mars that has gone unnoticed.


.Young Volcanoes on the Moon

Nov 24, 2014: Back in 1971, Apollo 15 astronauts orbiting the Moon photographed something very odd.  Researchers called it "Ina," and it looked like the aftermath of a volcanic eruption.

There's nothing odd about volcanoes on the Moon, per se.  Much of the Moon's ancient surface is covered with hardened lava. The main features of the "Man in the Moon," in fact, are old basaltic flows deposited billions of years ago when the Moon was wracked by violent eruptions. The strange thing about Ina was its age.

Planetary scientists have long thought that lunar volcanism came to an end about a billion years ago, and little has changed since. Yet Ina looked remarkably fresh. For more than 30 years Ina remained a mystery, a "one-off oddity" that no one could explain.

Turns out, the mystery is bigger than anyone imagined. Using NASA's Lunar Reconnaissance Orbiter, a team of researchers led by Sarah Braden of Arizona State University has found 70 landscapes similar to Ina.  They call them "Irregular Mare Patches" or IMPs for short.

A new ScienceCast video explores the mystery of recent lunar volcanism. Play it

"Discovering new features on the lunar surface was thrilling!" says Braden. "We looked at hundreds of high-resolution images, and when I found a new IMP it was always the highlight of my day."

"The irregular mare patches look so different than more common lunar features like impact craters, impact melt, and highlands material," she says.  "They really jump out at you."

On the Moon, it is possible to estimate the age of a landscape by counting its craters.  The Moon is pelted by a slow drizzle of meteoroids that pepper its surface with impact scars.  The older a landscape, the more craters it contains.

Some of the IMPs they found are very lightly cratered, suggesting that they are no more than 100 million years old. A hundred million years may sound like a long time, but in geological terms it's just a blink of an eye. The volcanic craters LRO found may have been erupting during the Cretaceous period on Earth--the heyday of dinosaurs. Some of the volcanic features may be even younger, 50 million years old, a time when mammals were replacing dinosaurs as dominant lifeforms.

"This finding is the kind of science that is literally going to make geologists rewrite the textbooks about the Moon," says John Keller, LRO project scientist at the Goddard Space Flight Center.

IMPs are too small to be seen from Earth, averaging less than a third of a mile (500 meters) across in their largest dimension.  That's why, other than Ina, they haven't been found before.  Nevertheless, they appear to be widespread around the nearside of the Moon.

"Not only are the IMPs striking landscapes, but also they tell us something very important about the thermal evolution of the Moon," says Mark Robinson of Arizona State University, the principal investigator for LRO's high resolution camera. "The interior of the Moon is perhaps hotter than previously thought."

"We know so little of the Moon!" he continues. "The Moon is a large mysterious world in its own right, and its only three days away! I would love to land on an IMP and take the Moon's temperature first-hand using a heat probe."

Some people think the Moon looks dead, "but I never thought so," says Robinson, who won't rule out the possibility of future eruptions. "To me, it has always been an inviting place of magnificent beauty, a giant magnet in our sky drawing me towards it."

Young volcanoes have only turned up the heat on the Moon's allure. Says Robinson … "let's go!"
Posted by arclein at 12:00 AM