Putin in a Dangerous Cash/Debt Spiral 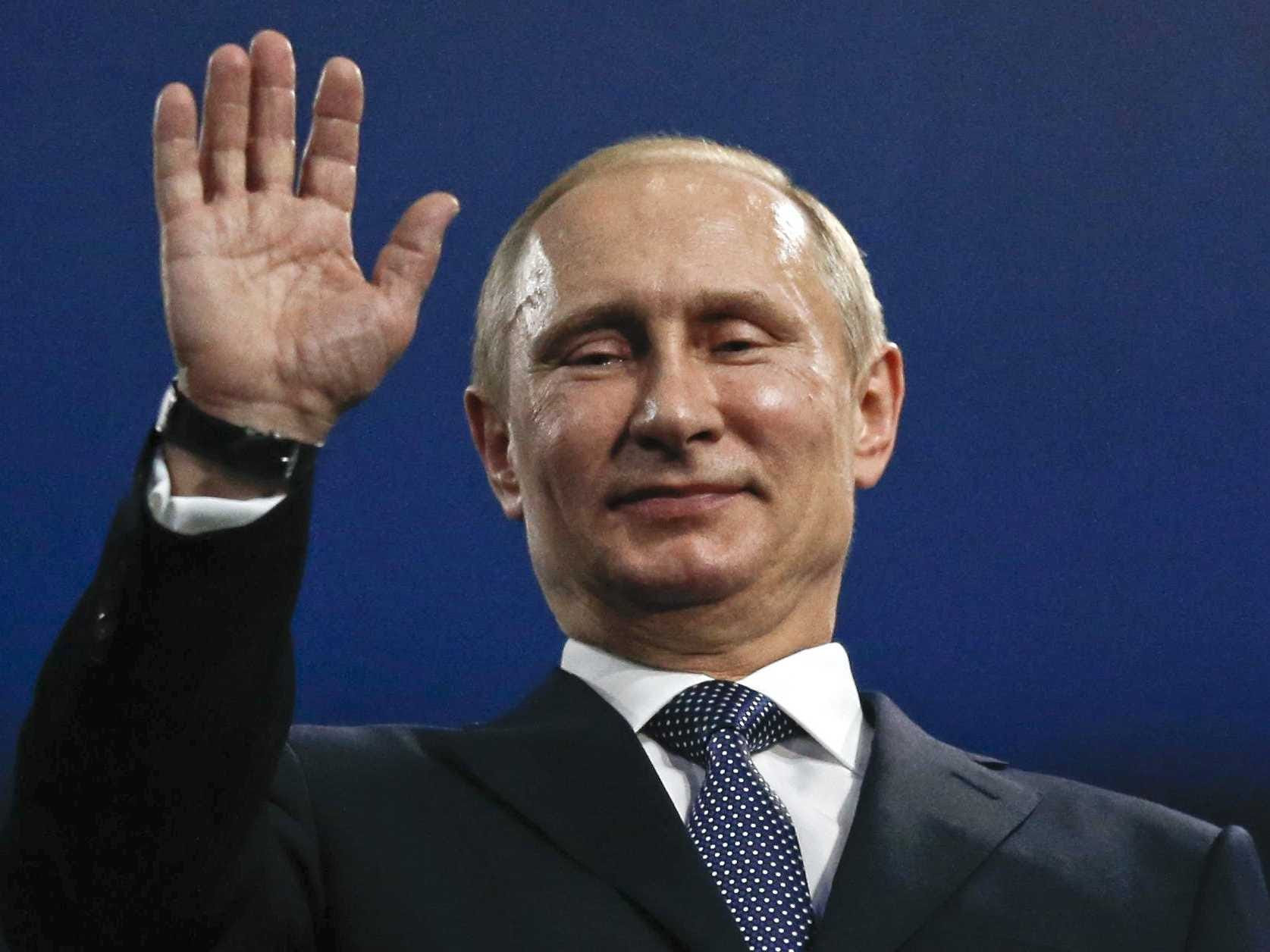 The point is well made that sixty dollar oil and dropping demand is a catastrophe for the Russian government which has not fostered a healthy enough replacement economy.  It is also fair to say that the Crimean adventure has now been called off and that extracation is the order of the day.  There is scant to gain and runaway defense costs to incur.
The only good that may come out of this is that the looming crisis may well focus the mind and we will see economic reform that we can respect and support.  Otherwise Putin will go down as another dabbler whose imagination was seriously limited by historical conceits.
Add the reality that the bad news for oil is merely beginning and will not end until the oil industry has disappeared.  Russia's present challenge is to not disappear with it.

Putin in a dangerous cash/debt spiral

Crisis compared to the collapse of the Soviet Union in the late 1980s after the Saudis' decision to quadruple oil production in the second half of 1985.


In his state-of-the-nation speech to the Russian parliament on December 5, Russian President Vladimir Putin did not declare war on the West, nor did he announce sanctions on human rights organizations or business. Observers indicated that things were going well that day, despite the fact that just hours before the speech Chechen separatists had attacked Grozny, the Chechen capital. Even so, there were bellicose words in the speech that had a frosty tinge of the Cold War – which was allegedly put to rest decades ago.

In speaking about Crimea, the Black Sea peninsula that Russian forces seized this March, Putin gave his listeners a clear idea about just how seriously he has staked his claim on the territory that formerly belonged to Ukraine. Putin claimed that the disputed peninsula is as sacred to Russians as the Temple Mount of Jerusalem is for Jews and Muslims. The Russian leader appeared to ignore the fact that Crimea was only conquered by Russia in the late 1700s, having spent a far longer time as part of the Ottoman Empire.

The modern seizure of Crimea, claimed Putin, provided a convenient excuse for Western sanctions. He went on to say that the U.S financed and supported Chechen terrorists in an effort to split Russia. “They would gladly let Russia follow the Yugoslav scenario of disintegration and dismemberment….It did not work, just as it did not work for Hitler…who set out to destroy Russia and pushed us back beyond the Urals. Everyone should remember how it ended,” Putin said. For Putin, Russia had actually been pushed into a confrontation with the West as part of an American plan to rule the world.

Putin did provide some good news in his speech. For example, while speaking of the economy, Putin said that taxes will not rise over the next four years. He is also providing an amnesty for the repatriation of money.

While Putin spoke of Russia’s glorious history, at least a third of his speech dealt with other countries and their actions. He cast Europe in the role of Ukraine’s rapist, while he said "American friends" are constantly seeking to "restrain" Russia while he decried the United States’ withdrawal from missile defense treaties. Putin praised the "unity and solidarity," of a "centralized state" and of "national interest." The Russia leader also cited his countryman and philosopher Ivan Ilyin, who put "freedom for Russia itself, for its international independence," atop his list of priorities, and freedom "for the Russian people" at the bottom of the list.

Now that the U.S. has become the largest producer of petroleum in the world, Russia’s position as an oil exporter has been significantly undercut. In addition, the ruble has been declining rapidly, apace with Putin’s credibility with foreign political and business leaders. Putin did not utter a word about the Russia’s political system or about corruption. He also failed to mention the numbers of journalists who have met untimely ends during his tenure. Some observers theorize that he expects that the devaluation of the ruble, combined with reform of the current attitude toward private property, will spur economic growth.

Putin’s approach to Russia’s trouble is in sharp contrast to Mikhail Gorbachev. When Gorbachev encountered the collapse of oil prices in the mid-1980s, even while he was contending with restlessness in Poland and other Soviet-bloc countries, the Reagan-era military build-up and the prospect of the Strategic Defense Initiative, a.k.a. Star Wars, he decided to open up the Soviet political system to competition while showing a new face to the West.

Of Putin, commentator George Will said on Fox News “Putin’s truculence varies inversely with the strength of his position. And he is very truculent these days because his position is suffering terrific economic damage by southern Ohio and North Dakota and other places like that that are producing this geyser of oil that’s supplanting Russia as the principal producer of petroleum products.”

“It is extremely vulnerable therefore to one price. The price of oil, and it’s just devastating his position.”

“They have a hunter-gather economy, which is to say they’re primitives.”

Another member of the Fox News panel, Charles Lane, pointed out that some observers contend that “what brought on the collapse of the Soviet Union in the late 1980s was the Saudis’ decision to quadruple oil production in the second half of 1985, which put Mikhail Gorbachev into a cash/debt spiral and led him to curtail military spending. Vladimir Putin lived through that experience and he is determined to avoid it. I think he sees it as another one of those, a repeat of that experience and maybe a conspiracy by the West and the Saudis to destroy him. But the fact remains that he can’t balance his budget and the oil price the Saudis are now targetting which is now $60 a barrel.”


The world price for petroleum has dropped steadily from $95 per barrel in September 2014 to the current $59.95 as of close of business on December 12. The Energy Intelligence Agency of the U.S. Department of Energy is now projecting that the price for West Texas Intermediate Crude will drop to $58 per barrel by March 2015.
Posted by arclein at 12:00 AM