Precognition: How Our Body Reacts Up To 10 Seconds Before Events Happen 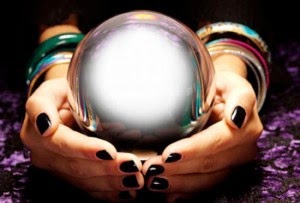 This  works shows us that the body and surely the automatic response system centered on our gut can react to upcoming events within a one through ten second time window.  that is enough time to dump adrenaline into ones system and to then explode into activity.  Thus we have an even better understanding of instinctive threat avoidance.

The open problem there was that rational actions take place without interrferance from the conscious mind.  This is most dramatic regarding bear avoidance in which the person shoots up a tree.  For that to happen properly, one must evaluate available options and then act.  That typically takes seconds at least yet in this situation it is effectively instant.


More importantly, this shows us that information does flow backward in time at short ranges or more correctly information is shared by the future through to the known past.  This is important and valuable.  We need to be more conscious of this.  Better it provides a rigorous explanation to myself in which i avoided a damaging accident.  I once stopped a car length short of a cross walk with zero possible warning and no history of ever doing anything of the kind before, in order to watch a car hurtle in front of me making an illegal turn out of the wrong lane.  This was impossible to anticipate or physically see.


I have experienced less compelling examples as well.

.
Precognition: How Our Body Reacts Up To 10 Seconds Before Events Happen


Over the past few decades a significant and noteworthy amount of scientific research has emerged contributing to the notion that human precognition could very well be real, and that we all might possess this potential -amongst various other extended human capacities. Thanks to the research by various scientists presented in this article, extended human capacities are beginning to exit the realm of superstitious thinking, delusion and irrationality and find their way into the world of confirmed phenomena. Claims of precognition or “future telling” have occurred “throughout human history in virtually every culture and period.”


It’s not hard to see why we are so fascinated with these concepts, they are embedded in popular culture today throughout various outlets such as movies -which can sometimes be counter productive given the fact that they are merged with fictional stories and events. Similar to the extraterrestrial phenomenon, the validity of these concepts seems to shrink due to the fact that they are “just movies.” Although the stories that accompany these types of phenomena in movies is probably largely factious, the concepts do hold some validity. Let’s examine the truth behind pre cognition and claims of “future telling.”
The Science


“There seems to be a deep concern that the whole field will be tarnished by studying a phenomenon that is tainted by its association with superstition, spiritualism and magic. Protecting against this possibility sometimes seems more important than encouraging scientific exploration or protecting academic freedom. But this may be changing.” ~ Cassandra Vieten, PhD and President/CEO at the Institute of Noetic Sciences


So what exactly is precognition? It’s basically the ability to have a premonition of a future event that could not otherwise be anticipated through any known process. It’s the influence of a future event that has yet to take place on an individuals responses. These responses can come in the form of their biology, they can be conscious responses the individual is aware of, or they can be non-conscious responses that the individual is not aware of (which is mostly the case when it comes to the scientific examination of pre cognition) and more.


“Pre cognition refers to the noninferential prediction of future events.”


A recently published study (meta analysis) in the journal Frontiers in Human Neuroscience titled “Predicting the unpredictable: critical analysis and practical implications of predictive anticipatory activity” examined a number of experiments regarding this phenomenon that were conducted by several different laboratories.


These experiments indicate that the human body can actually detect randomly delivered stimuli that occur 1-10 seconds in advance. In other words, the human body seems to know of an event, and reacts to an event that has yet to occur. What occurs in the human body before these events are physiological changes that are measured regarding the cardiopulmonary, the skin, and the nervous system. (1)


It’s important to note that these types of responses to future events that are measured in the body are unconscious responses, meaning that the subject (human) is not aware that they are actually taking place. So it is a form of pre cognition, but not full blown conscious premonitions.


The analysis concluded that:


“The predictive physiological anticipation of a truly randomly selected and thus unpredictable future event, has been under investigation for more than three decades, and a recent conservative meta-analysis suggests that the phenomenon is real.” (1)


Another recently published paper via the Journal of Personality and Social Psychology by Cornell university professor Dr. Daryl J. Bern suggests that precognition may be real. Dr Bern is a leading social psychologist and has been well-respected throughout his long and esteemed career. So his work suggesting that precognition may be real is quite a large leap for this type of phenomenon.(2)


Dr. Bern’s study outlines nine experiments that involved more than 1000 participants that “test for retroactive influence by time reversing well-established psychological effects so that the individual’s responses are obtained before the putatively causal stimulus events occur.” (2)


After going through and examining these experiments, Dr. Bern concluded that all but one of them yielded statistically significant results. The paper and experiments are provided within the sources listed.


Again, pre cognition has been well documented and observed in laboratories all over the world. Just because there is a lack of ability for psi research to provide an explanation for the observed phenomena does not discredit the phenomenon itself.


“Historically, the discovery and scientific exploration of most phenomena have preceded explanatory theories, often by decades or even centuries.” ~Dr. Bern (source pg 3)


Another study from Dr. Dean Radin, one of the several authors noted in the first study used in this article conducted four double blind experiments that also show that some intuitive hunches, measured by fluctuations in the autonomic nervous system involve unconscious perception of future events that have yet to occur, and the experiments supported this idea.(3)


Another significant study (meta-analysis) that was published in the Journal of Parapsychology by Charles Honorton and Diane C. Ferrari in 1989, examine a number of studies that were published between 1935 and 1987. The studies involved attempts of individuals to predict “the identity of target stimuli selected randomly over intervals ranging from several hundred million seconds to one year following the individuals responses.” These authors investigated over 300 studies conducted by over 60 authors, using approximately 2 million individual trials by more than 50,000 people. (4)


It concluded that their analysis of precognition experiments “confirms the existence of a small but highly significant precognition effect. The effect appears to be repeatable; significant outcomes are reported by 40 investigators using a variety of methodological paradigms and subject populations. The precognition effect is not merely an unexplained departure from a theoretical chance baseline, but rather is an effect that covaries with factors known to influence more familiar aspects of human performance.” (4)

Why is this type of precognition unconscious? And does it have the potential to become conscious?


Again, as mentioned earlier in the article, the science behind precognition refers to unconscious precognition. This means that the response to future events prior to when they happen is measured through physiological changes, and that seems to be quite clear.


But why should this be the case? If our body (parts of our nervous system) can obtain information about events seconds in the future, why would we not have the inability to not make this information conscious? Maybe we do have that potential.


Researchers in the first study used in this article suggest that this might be the case because the information is not useful, similar to the majority of information that is usually processed unconsciously. They also suggest that the conscious mind may not be able to make such quick decisions. They state “it might be evolutionarily advantageous for unconscious processing to assess upcoming events, filter them, mobilize resources, and only then inform conscious awareness.”(1)
Parapsychological Phenomenon, Consciousness & How They Relate To The Nature Of Our Reality


Scientific Studies That Prove Consciousness and Our Physical Material World Are Somehow Intertwined.


If you want to further your research even more, a great place to start would be the The Institute of Noetic Sciences (IONS)


Arjun Walia – I joined the CE team in 2010 and have been doing this ever since. There are many things happening on the planet that don’t resonate with me, and I wanted to do what I could to play a role in creating change. It’s been great making changes in my own life and creating awareness and I look forward to more projects that move beyond awareness and into action and implementation. So stay tuned, arjun@collective-evolution.com
Posted by arclein at 12:00 AM