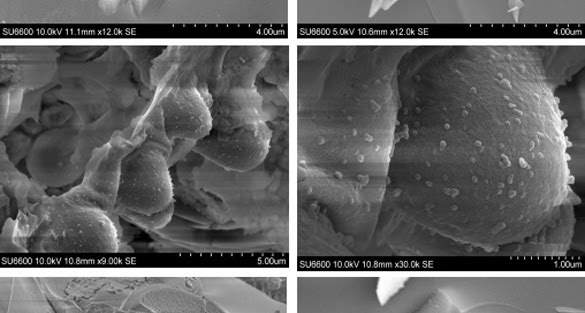 A curious story of course but it does serve to highlight efforts underway to confirm that cellular life is persuasive throughout the interstellar dust.  That is a pretty serious effort though all proofs will merely be dismissed until we get out there and collect ample evidence and put that evidence through a series of protocols capable of stimulating revival.


I am an optimist but am also the first to observe that it is a difficult to prove opinion.


I do not think we have the necessary resolution in our testing protocols to really confirm what is going on.  That we are going to have to wait for. In the meantime, someone is seriously looking and trying.

A politician in Sri Lanka says a team of “white gentlemen” from an international space agency tried to steal meteor fragments that prove alien life exists in order to hide from the world that “creationism is a blatant lie.”

According to the Sri Lanka’s Daily Mirror newspaper, Minister Wimal Weerawansa, the leader Sri Lanka’s Jathika Nidahas Peramuna political party, told a crowd at a temple that the attempted theft was part of western creationists’ attempt to undermine Buddhist teachings of the universe.

He says, ” This team attempted to take hold of this valuable evidence almost immediately after local scientists had made this vital discovery.”

“Why did they do this?” he asked. “It’s because they don’t want the world to know that creationism is a blatant lie. When it is proven that life outside planet earth exists, creationism would turn into a lie. This was a fact that was initially declared and proven by the Buddha and his teachings on the universe,” he said.

According to a paper in the Journal of Cosmology, published in February, 2014, the meteor fragments were found in a paddy field in the Sri Lankan district of Anuradhapura in December, 2013. In this paper, scientists from the Sri Lanka Institute of Nanotechnology, the Buckingham Center for Astrobiology at the University of Buckingham, and the Medical Research Institute in Colombo, Sir Lanka, claim they found what they believe to be “complex biological structures” inside the fragments, which are not of terrestrial origins.

In other words, these scientists claim they discovered extraterrestrial life, and as one would imagine, their claims have made headlines. In fact, their repeated claims of the discovery of extraterrestrial life have made headlines. The last time being earlier this month, when Professor Milton Wainwright, also from the Buckingham Center for Astrobiology, shared images of something he calls a “Dragon Particle.”

Milton and his colleagues believe that the Dragon Particle is a space-borne biological entity they retrieved using balloons they floated into the stratosphere. 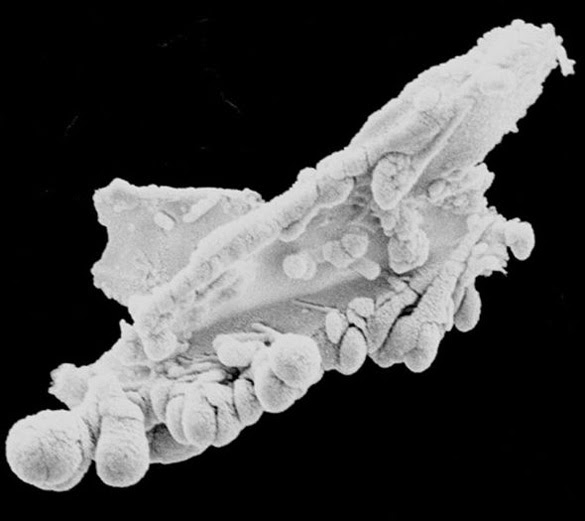 The “Dragon Particle.” Scientists say this is an image of a space-borne biological entity. (Credit: University of Buckingham)

Besides these two cases, the scientists at the Buckingham Center for Astrobiology have made other announcements over the years of other discoveries of micro-organism they believe have come from space. In fact, members of their group have been credited with developing the theory of panspermia. This is the idea that life is abundant throughout the universe and is spread via asteroids and meteoroids.

So, if indeed these white gentlemen tried to steal the meteor fragments, their attempts to hide the truth from the world were thwarted. However, the belief in creationism does not seem to have suffered much from the announcements of these scientists. Their discoveries have largely been disputed. Many scientist believe the micro-organisms they have found were the result of contamination from the Earth. 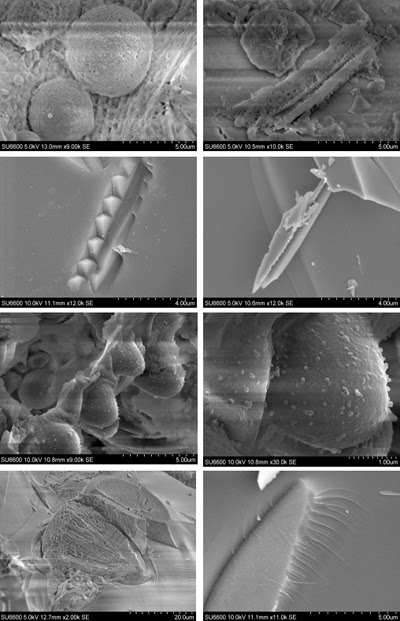 Creationists do not seem to be the Buckingham Center for Astrobiology’s biggest adversaries, other scientists are. But rest assured that Milton and his buddies are working hard to prove extraterrestrial life exists, and their evidence seems to be growing.

I could find no details about an attempted theft of the meteor fragments. The director of the Buckingham Center for Astrobiology is Professor Chandra Wickramasinghe, who was born in Sri Lanka. Perhaps, it was some of his colleagues that Weerawansa mistook for meddling creationists? Or perhaps Weerawansa was partaking in some political rhetoric. Sometimes politicians do that sort of thing.

Either way, if there is a creationist conspiracy afoot, Weerawansa just called them out on it. I am sure they will think twice about attempting anymore shenanigans in Sri Lanka.
Posted by arclein at 12:00 AM