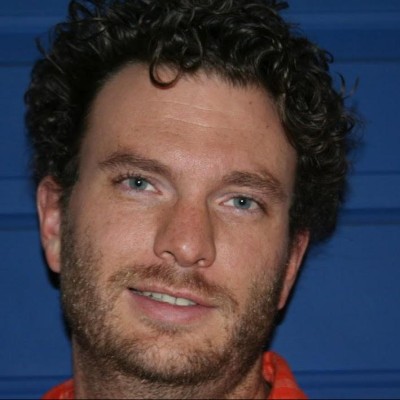 We do not get a lot here, but my sense is using bundled CNTs to sort and place specific molecules that combine on the other side of the membrane according to a designed recipe perhaps even printed on its surface.
Ambitious of course  in conceptualization but if we can do this at all it is the guts of a real replicator in the future.  I am hesitant to say possible until it actually produces something like methane or glucose but this is plausible.
Star Trek entered a slew of design memes into popular consciousness just at the true beginning of our digital age in which Moore's law dominates everything.  I even know how to approach the build of  a transporter now and no we do not disassemble the body.
The point of it all was to introduce those memes then to all of us.


Eric Mack , CONTRIBUTORI cover science and innovation and products and policies they create.
Opinions expressed by Forbes Contributors are their own.


A startup with alumni from MIT and Yale says it's made a breakthrough in creating a next-generation material that should make it possible to 3-d print literally anything out of thin air.


"This technology gives us a level of control over the material world that we've never had before," said Mattershift Founder and CEO Dr. Rob McGinnis in a release. "For example, right now we're working to remove CO2 from the air and turn it into fuels. This has already been done using conventional technology, but it's been too expensive to be practical. Using our tech, I think we'll be able to produce carbon-zero gasoline, diesel, and jet fuels that are cheaper than fossil fuels."


CNTs have been identified as holding promise for a number of potential applications, from better golf clubs, fuels and medicines to far-out concepts like space elevators. A study published this week in the journal Science Advances  confirms that Mattershift's large CNT membranes perform as well as the small prototypes we've seen so far.


The company says their breakthrough brings down the difficulty and cost of manufacturing the material, which should allow the technology to burst out of the confines of university labs.


"It should be possible to combine different types of our CNT membranes in a machine that does what molecular factories have long been predicted to do: to make anything we need from basic molecular building blocks," said McGinnis. "We're talking about printing matter from the air. Imagine having one of these devices with you on Mars. You could print food, fuels, building materials, and medicines from the atmosphere and soil or recycled parts without having to transport them from Earth."


A molecular factory is a long-predicted technology that, in theory, should be able to accomplish some of what the Replicator from "Star Trek" does, although not nearly as cleanly as on the show. Mattershift's approach is more about separating and combining molecules to form new raw materials, which is why working on creating fuels is a logical place to start.

But as McGinnis points out, if it works well there's no reason that more complex molecular factories can't be combined to become the future of manufacturing, and yes, maybe eventually serve up a drink out of thin air at some point by simply asking a future version of Alexa for "tea, earl grey, hot."