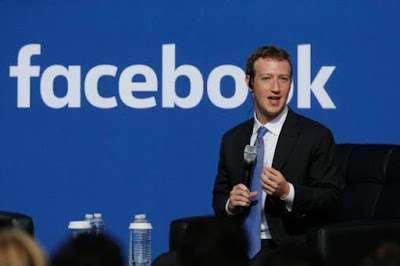 Facebook has a wonderful platform that is capable of becoming the richest company on Earth.  That is the real potential that I have identified.  They are far from seeing this.  Instead, they have chosen to compete for the same dollars as all else.

That has led to reckless data mining for third parties and this cannot ever end well.  Now we start the real lawsuits.  Odds are they will continue to provide a valuable platform and do a lousy job in terms of monetizing it.

Facebook is now reportedly facing a class-action lawsuit relating to the company’s collection of user text and audio logs via the Facebook smartphone app, Fast Company reports. A lawsuit filed in the northern district of California names John Condelles III as the main plaintiff and states that Facebook “presents several wrongs, including a consumer bait-and-switch, an invasion of privacy, wrongful monitoring of minors and potential attacks on privileged communications.”

It was revealed recently that Facebook was collecting and storing logs of users phone calls and texts, including the recipients of texts and duration of conversations. According to the lawsuit, “Facebook has collected and stored information in a scope and manner beyond that which users knowingly authorized. The practice is ongoing.” The complaint alleges that this practice violates California’s Unfair Competition Law in relation to three counts as well as fraudulent business practice and violation of the Consumer Legal Remedies Act and the Electronic Communications Privacy Act.

According to the filing: “The terms of service and privacy notice materials do not inform (and in the past have not informed) the ordinary and reasonably attentive Facebook user that installing the application on a mobile device will result in the logging of all the user’s phone and text communications — including recipients, dates of communication, length of communication and mode of communication — on Facebook’s servers for Facebook’s own use.”

The issue specifically affected Android phone users as until an update was issued in 2012, Android applications could access users phone calls and text messages without asking for explicit permission. “By granting this access, Android users were also automatically and unknowingly granting Facebook permission to ‘scrape’, or automatically gather, Android users’ call and text logs,” states the lawsuit. “In other words, Facebook scraped years’ worth of call and text data, including whether the call was ‘incoming’ ‘outgoing’, or ‘missed;’ the data and time of each call; the number dialed; the individual called; and the duration of each call.”

Condelles is looking for approximately $5 million in damages and would like to make the complaint a class-action lawsuit across the entire United States.