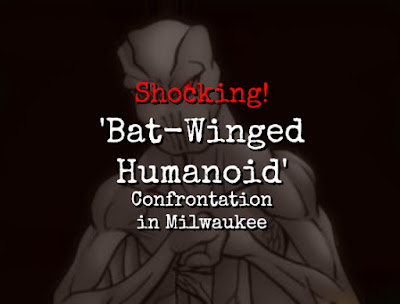 This is from Lon's blog capturing reports on sightings.  We appear to be dealing with an intelligent humanoid that appears significantly non-Terran but could be a Terran biological manufacture. It is certainly acting as if it is at home.  I do not understand it as hostile to this point.

We may well be close to the actual revelation of all our alternate history and all that this implies.  Those following my work will not be surprised much but there is a real shock coming for mankind.

Conjecture.  The first age of man 45000 BC through 13000 BC saw the creation of biologically augment human beings.  These populations, as well as the total human population, vacated the surface of the Earth in order escape the effects of the Pleistocene Nonconformity and to allow humanity as we understand it to start the process of terraforming terra itself and to produce human modernity now well on the way to completion.

The nearness of this allows some of these folks to start operating again on the surface.

Some of the creatures that I have detected have lived with us throughout.  This creature is establishing new behavior and ia not shy at all.  I do think that similar types have been with us as well, but this one acts fully intelligent.

I discovered your website after doing some looking around on the web regarding flying creature reports. After reading through your blog I felt comfortable to report what happened to me and my boyfriend recently in Milwaukee, WI.

This occurred on April 13, 2018 at about 10-10:30 PM. We were parked in the parking lot next to the (REDACTED) which is right off of (REDACTED). I do not wish to discuss what we were parked there for, suffice to say it's a dark place to park at night.

My boyfriend looked up and totally freaked out when he says he saw a pair of large glowing red eyes staring right back at him. I looked up and saw something standing in front of my car with two glowing red eyes. It made a sound of chirping sound that we heard when we turned down the radio. When we moved, it put what looked like a hand on the hood of the car and then we saw what looked like wings spread wide open. I panicked and turned on the car which automatically turned on my headlights and it lit up what looked like a large bat. It had black skin that looked like glossy, wet leather that shined in the light. It then screamed at us, pushing its head out and its arms back and then flew up into the air. You could hear the wings flapping as it jumped up and within a few seconds, it landed behind my car, its body still able to be seen when I pressed the brakes and the brake lights shined.

Both of us were screaming at this point when it flew back up in the air and landed about 6 feet from the passenger side door where my boyfriend sat. We wasted no time in trying to get out of there. As we backed up and whipped the car around, we saw it land in front of us off to the side of the car about 3 feet away. I honked my horn and turned on my brights and it screamed again and flew up into the air. We screeched onto (REDACTED) and headed toward I think it was (REDACTED) when my boyfriend says he saw it land again just off the road on his side of the car. We did not stop to investigate and floored the car to get out of there. We got onto (REDACTED) and were passing the apartment buildings when we saw something fly right over the car, lower than the lamp post, screaming as it flew out of sight.

We got to my house and stayed in the car for about 15-20 minutes, I was hysterical and crying and my boyfriend was shaken up. It took me anouther 30 minutes to get myself together and go drop off my boyfriend and drive myself back home. I have had repeated nightmares since then and it's been difficult to sleep without the closet light on. My boyfriend also says he has had nightmares.

I hope you believe me and that you don't think I'm crazy. It could not have been a large bird like some people seem to say it might be. I know whatever it was must have been intelligent, it's just a feeling that I have that tells me so.

I contacted the witness and received the following information:

I estimate it stood about 7 feet tall, and the wingspan has to been about 7-8 feet or more wide. I almost got the feeling like it was toying with us, it knew we were scared sh*tless and it toyed with that by scaring us even further.

As far as physical reactions, it took me a few hours to finally get back to somewhat normal. I threw up twice just from jitters and I had a feeling like I was being watched, even though the curtains were closed.

Currently, I still feel like I'm being watched, almost like I'm marked in some way. Last night was the first night I slept without the lights being on and it took me about an hour and half to finally fall asleep. It's put me off to wanting to go out at night anymore, even though I have to to in order to finish college by July.

We've been out to that same spot countless times previous and this is the first time we've seen this thing. JR

NOTE: One of the more horrifying encounters I've ever run across. The sightings in Wisconsin are picking up...so it seems that there are now 2 metro areas involved with this phenomenon. The witness shared her name and contact information with me...and Tobias is also planning to investigate the location. I redacted the location information to prevent so-called local investigators from harassing witnesses. This sighting has been added to the Chicago & Regional Winged Humanoid / Flying Entity Sightings & Encounters Interactive Map
Posted by arclein at 12:00 AM