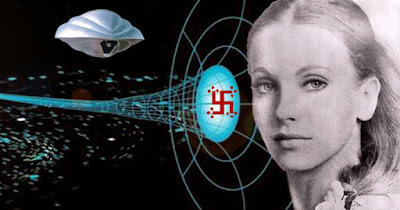 We have discussed this narrative in the past and lacked a lot of critical details.  This video fills a lot of that in.

A few things become clear.  The big one is that the Byrd expedition was forcibly removed with serious losses.  This is impossible of course and since it is impossible something unknown is clearly involved.  all subsequent information does nothing to change that.  Ongoing American silence has never helped at all as it is obvious they want the public to merely forget.  They just could not completely hide the seriousness of the rebuff.  You just do not lose men, planes and a ship out of a serious expeditionary fleet by accident.  They got a destroyer sunk, and a lot of planes lost along with a lot of casualties.

At the time they were still riding the crest of their WWII victory.

Since then their Antarctic presence can be described as watch post at a distance and likely part of a secret agreement.

What is also a little clearer is the scale of the NAZI effort that entails several thousand individuals.  Material support could have been shipped from Spain under Argentine flag along with most of the personnel.  However this was impractical unless there was a receiving technology base as well.  If that existed, then a military guard base is a natural.

The best explanation would be to move on to Agatha.  Anything else means a lot of dead Germans and no repulse for commander Byrd.  Again we have reports of all this.  Here we have more indirect confirmation. .

The Vril are suspected of been Nordic aliens, again confirmed elsewhere as well who actively supported tech tranfers to the Germans.

I need you to understand that prior to 1940 and the NAZIs that Germany dominated the world in terms of scientific research and at a much higher level that even attempted elsewhere.  This represented a seventy year deep investment in public science that was missing in England and the USA.  For that reason, Germany was the natural early partner for such an enterprise.

Thus extracting that expertise to a Vril complex in the Antarctic in the face of the lost war was likely and plausible.  Having the capacity to kick Byrd out was also plausible as they already had gravity ships to out fight anything the Americans had.