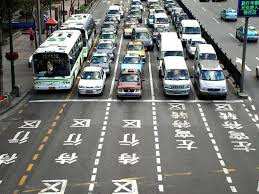 Rather obviously the Chinese consumer wants the future now and that means buying the trusted international brand.  It will take a long time to overcome that and I am sorry to say, it must be by first successfully selling a premium car to establish brand.

The establishment of a single global market has taken a longtime but it is here and truly arrived with the global distribution of the cell phone.  The speed and depth of that was shocking and is now a decade in.

https://www.nytimes.com/2014/04/09/business/international/chinas-embrace-of-foreign-cars.html
CHONGQING, China — For more than a decade, Chinese automakers have been talking about starting large-scale exports to North America and Europe, prompting periodic worries in the West that companies like General Motors, Ford and Volkswagen might be crippled by Chinese competition the way they were by Japanese imports a generation ago.

Now there are calls for protectionism, but from an unexpected direction: the biggest, most politically influential Chinese automakers.

Multinational corporations are steadily clawing market share from Chinese brands in their home market, as a succession of global brands have pushed their way into China. The latest insurgent is Ford Motor, which has a joint venture based here in Chongqing and has nearly doubled its market share to 4.5 percent in the last two years by introducing new models and expanding output, selling more than 100,000 cars and light truck in March for the first time in a single month. Ford plans to double production again in the coming year by opening two more assembly plants and one of the world’s largest automatic transmission factories.

Chinese consumers increasingly favor American brands, which have a reputation for safety, youth and international flair. The domestic brands have tended to lag in surveys of initial quality and engineering, although they are starting to close the gap. In long-term reliability, they are far behind and falling even further.

Rising affluence has left consumers reluctant to accept cheaper, spartan models from domestic manufacturers. The domestic brands have been further hurt by poor crash test results for some Chinese-designed models and a series of food safety scandals that have dented public confidence in Chinese regulations.

“Now that I have a child, I’m considering shifting to a safer car like a Ford,” said He Hai, a 29-year-old real estate salesman, as he browsed at a dealership

China’s mostly state-owned automakers have responded with an unusually public campaign of news conferences and statements by the industry trade association. They want to persuade China’s Commerce Ministry to retain a requirement seldom found in other top manufacturing nations: Foreign automakers may assemble cars in China only through 50-50 joint ventures with domestic partners.

The multinationals have not asked to be set free. Instead, the Commerce Ministry raised the idea of dropping the requirement last autumn, fearing that industrialized nations would use the restrictive rules as justification for protectionism someday if China starts exporting large numbers of cars. But the big state-owned companies are less interested in exports than in having the multinationals tied to their partners indefinitely — and collecting the sizable profits that come with those relationships.

“If there is a loosening of the restrictions on foreign ownership in automotive shares, it will instigate massive changes in the configuration of our country’s automotive industry,” Dong Yang, the executive vice chairman and secretary general of the China Association of Automobile Manufacturers, warned in a statement at a recent news conference.

The industry is not entirely in agreement. Slightly smaller automakers started by entrepreneurs do not have the same incentives to maintain the status quo since they generally don’t have joint venture partners. They are also much more eager to move into foreign markets, through exports and overseas acquisitions.

Li Shufu, the chairman and founder of the privately held Geely Holdings Group, wrote in an email interview last month that he thought the 50 percent cap should be abolished.

“The cap has hindered fair, open and transparent competition, which undermines the interests of consumers and the overall competitiveness of the Chinese auto industry,” he wrote.

Mr. Li’s personal holding company bought Volvo Cars from Ford for $1.5 billion in 2010, a bargain price during the financial crisis.

State-owned automakers have been more cautious, with one of the largest, Dongfeng Motor, agreeing on Feb. 26 to pay $1.1 billion for a 14 percent stake in Peugeot — a holding that cements the two companies’ venture in China but gives Dongfeng little say in Peugeot’s management.

Wary of offending their state-owned partners, multinationals have defended the joint ventures. “It is our common goal to further develop these and to be successful together in the Chinese automotive market,” Volkswagen said in a statement.

China has been trying for more than two decades to build the country’s auto industry into an export powerhouse. The original goal of the joint venture requirement was to force multinationals to work with big, state-owned automakers with ample access to credit from state-owned banks. The ministry’s hope has been that the state-owned automakers would learn from their partners to build world-class cars that they could then export.

But instead of creating the next Toyota, the Commerce Ministry has created companies more like Foxconn, the Taiwanese contract electronics manufacturer that makes tablets and smartphones for Apple and other consumer electronics companies.

The multinationals have continued to provide most of the designs, engineering and marketing. They build essentially the same cars that they sell in the rest of the world. In Chongqing, for example, Ford makes the Kuga and Mondeo, which are sold as the Ford Escape and Ford Fusion in the United States.

The Chinese automakers’ association, dominated by state-owned enterprises, insists that the industry is too important to the country’s economic future to be exposed to head-to-head competition with foreign companies.

Automobile manufacturing is not a standard manufacturing sector. It is a strategic asset that supports the transformation and upgrading of the national economy,” said Mr. Dong of the association.
Chinese brands’ share of their home market for cars and light trucks has fallen at much the same pace that American automakers lost share over most of the last three decades, about a percentage point or two each year, down to 45.1 percent last year. Exclude the bare-bones pickup trucks and minivans that make up the separately regulated light commercial vehicle market, and domestic brands had only 29.5 percent of the car market last year, according to LMC Automotive, a global consultancy.

Most of the state-owned giants have experimented with their own brands, but with limited success. Their offerings frequently look a lot like the cars from their partners.

Marin A. Burela, the president of Ford’s joint venture here, the Changan Ford Automobile Company, said Mazda and Changan had decided to end their collaboration for business reasons that had nothing to do with Changan’s car designs. He denied that Changan’s own brand cars looked like Fords or Mazdas.

“I’ve heard that said, but I also go back and look at the vehicles and I don’t see it,” he said.

Ford’s rapid expansion in China over the last two years, with more to come, offers a case study of how China’s own automakers have gone from feared to hapless.

Ford’s joint venture here in western China has 15,000 employees who assembled more than 600,000 vehicles last year, making it Ford’s largest operation outside southeastern Michigan. Ford is about to open an enormous factory here to manufacture 400,000 automatic transmissions annually, with room to expand to one million, followed by a third large car assembly plant at the end of the year. A fourth assembly plant is set to open in Hangzhou, in east-central China, in February.

Changan Ford opened its first assembly plant in Chongqing in 2003 and its second in 2012. The second factory is among the most modern anywhere in the world: Steel coils go in one end and finished cars come out the other just eight hours later.

Rows of 15-foot-tall orange robots resembling huge, long-necked vultures lift, assemble and weld large body panels — basic tasks that have been automated at many factories around the world. But the newer Ford factory also has robots do delicate, precise tasks like installing and gluing the rear windows of compact cars, which are seldom automated except in high-wage countries. The second factory has 160 robots, compared with about three dozen in the older factory.

Domestic Chinese automakers have also bought robots for their operations from international suppliers. But they have tended to rely much more on using huge teams of workers for manufacturing, and they have struggled to figure out how to integrate robots efficiently into assembly lines — a task that took decades for multinationals to master, even as they were working on customer research that Chinese manufacturers are still learning.

“We’ve ticked all of those boxes” on Chinese automotive preferences, Mr. Burela said, “and the Chinese consumer has absolutely bought into that, which has fueled our growth.”