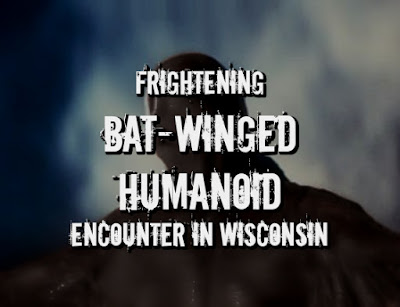 This is extremely important. Not only does he get a well lit look at the creature itself, he observes the unusual nature of its exit.  We see the creature disappear in front of us.

All this supports an advanced intelligence using either cloaking to really good stealthing or alternately a step to another page in time.  We have also seen this skull before and that may be important.

Its presence in Chicago is what is new.  It is goading observers to acknowledge its existence.  So obviously this story is not going away.

I recently received the following account. I quickly followed-up with a telephone interview:

In mid-April of last year (2017), I was sitting inside my car which was parked facing north in the driveway at my home, located between Eagle-Palmyra and Mukwonago, WI. I had been having an extended phone conversation with an old friend on the way home and had not gone inside the house yet, and remember looking at the radio-clock at approximately 10:45pm. It had been a dreary, overcast, misty and rainy day, one of those days where it just drizzled non-stop, but never turned into an outright heavy downpour. While shooting the breeze about the day’s events, I looked up briefly from the dash of my vehicle (a minivan) and momentarily noticed “someone” who was very, very tall, and very dark just standing in the rain, about five to ten feet (at most) in front of the vehicle, perfectly still with raindrops dripping down off their body. It was rather dark, but there is a post-lamp at the end of the driveway near the road, about forty to fifty feet from where I was parked, so I could make out the silhouette with a slight bit of back-lighting from the lamp. As I had been in mid-conversation, I looked away for one second, my brain not immediately registering or comprehending what I had just seen, so within about a second and a half, I did a “double-take,” as I suddenly thought, “Wait a minute...what the **** was THAT?!?!?”

As I forcibly directed my unbelieving gaze back up toward the front of the vehicle, I said to my friend on the phone, “You’re not going to believe this...,” and I proceeded to quickly turn on my headlamps and stare at this “thing” as I gave a concise, yet detailed-as-possible description to my buddy while I was literally shaking and scared out of my wits. I was looking at a creature, for lack of a better term, that essentially looked like a 7-foot bat / reptile of some sort. The head was at the level of the roof of my minivan, or slightly more elevated than my roof, and it was standing perfectly still just staring right at me. Its eyes were large, taking up a significant portion of the thing's head, from what I could make out, and although they were dark, like large black eyeballs, there was a glint of reflection in them which allowed me to discern that they were, in fact, definitely its eyes. It was haunting, for lack of a better way to put it. I’m actually getting super creeped-out just recalling the memory of the event! I also noticed that besides the creature’s height, it was also quite large, possessing extraordinarily swarthy coloration, though slightly reflective, like skin or scales of some kind, not feather nor fur-covered from what I could tell. It was at least as wide as a very large man, but did not seem "stocky", as it were, and as I stared at it uncomfortably. I realized that it actually had huge wings, but they were wrapped around it’s body, exactly as a bat wraps its wings around its body while sleeping upside-down. Except, this thing was standing right-side-up, looking right at me, or almost “through me” and let me just say, it definitely seemed OMINOUS.

My initial reaction was to tell my buddy on the phone that I was looking right at a giant “bat-dragon looking thing”, to which he asked if I had been drinking or something, and I assured him that this thing was really standing there, and I was looking right at it. The bottom of its face (mouth?) was completely covered by it’s fleshy-looking wings wrapped around its body, and I could tell that whatever it was, it was certainly physically powerful, as the rather wide “shoulder-wing” area appeared to show some manner of musculature. The way it was “standing” there, it seemed to likely have a general humanoid body-shape under the wrapped wings. I could not see its “feet” since it was standing too close to the vehicle, nor could I see anything below about what I imagine would be considered knee-level on the creature. That’s how close it was. I was very afraid. As soon as I had given my friend on the phone a description of what I was seeing, I noticed that it seemed to VERY QUICKLY “move”, although I did not see it unwrap its wings, or walk, per-se, but there was simply what I will describe as a brief blur in the headlights, and it was GONE. The entire time of observation before it vanished was realistically only about twelve seconds, but considering the uneasy, wayward way that thing was leering at me, even that was TOO LONG!

Now, being on the verge of panicking, my friend, who was still on the line, attempted to make light of the situation, and although appreciative of his friendly candor, I got out my trusty LED emergency flashlight from the glove box and told him that I was not about to continue sitting out there any longer, and was retiring to the house indoors for the night! The remainder of that evening was uncomfortable, but uneventful.

I mentioned the experience to one other friend, a work associate who has had a lifelong interest in such unusual subject matter, but I otherwise kept it to myself for fear of ridicule, and also because the experience, albeit brief – came across as more than just a sighting of a rare animal or cryptozoological remnant of some archaic species long thought extinct, but seemed to be something “else,” something of an entirely “different nature.”

Even more unsettling, was that about a week to two weeks later, that same old buddy I had been speaking with the night of the experience called me to inquire if I had watched or heard the news the previous evening. I informed him that I had not. After having initially assumed that I had gone completely out of my mind, for well over a week, he informed me that my sanity had been vindicated. Numerous encounters with the same creature had been recently reported in Chicago and northern Illinois, in largely populated areas.

To date, I have not had any further visits from the creature. MG

NOTE: I called the witness, and asked him to detail the encounter once again. There was very little deviation from the written report...other than that the winged being had a dark grayish color and literally vanished without unfurling its wings. The conversation was very intense and the witness was noticeably affected by the encounter...even 13 months since the incident. The event seemed similar to the Bolingbrook, IL encounter...which kind of reminded me of the Vore creatures in the 'Beastmaster' film. The witness shared his name and contact information with me...and Tobias is also making contact to make arrangements for a face-to-face with the witness. This sighting has been added to the Chicago & Regional Winged Humanoid / Flying Entity Sightings & Encounters Interactive Map 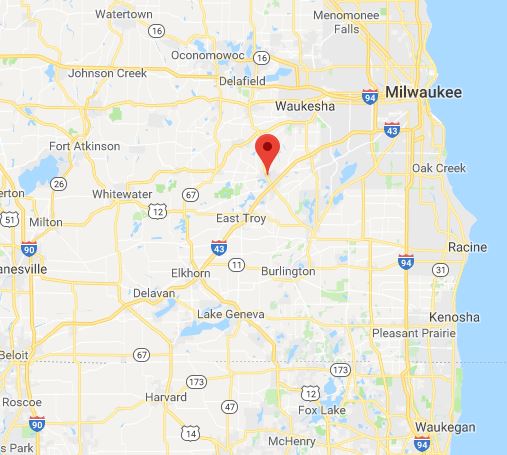 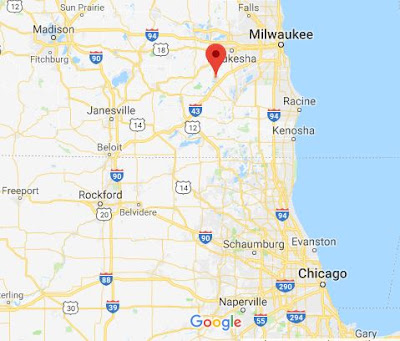 Have you had a sighting of a flying humanoid or huge bat-like creature in the Chicago, Illinois metro area or nearby? The entity has also been referred to as the 'Chicago Phantom', 'Chicago Mothman', 'Chicago Owlman' & 'Chicago Man-Bat.' Please feel free to contact me at lonstrickler@phantomsandmonsters.com - your anonymity is guaranteed. Our investigative group is conducting a serious examination of his phenomenon. We are merely seeking the truth and wish to determine what eyewitnesses have been encountering. Your cooperation is truly appreciated. You can call me directly at 410-241-5974 as well. Thanks...Lon Strickler #ChicagoMothman #ChicagoPhantom
Posted by arclein at 12:00 AM