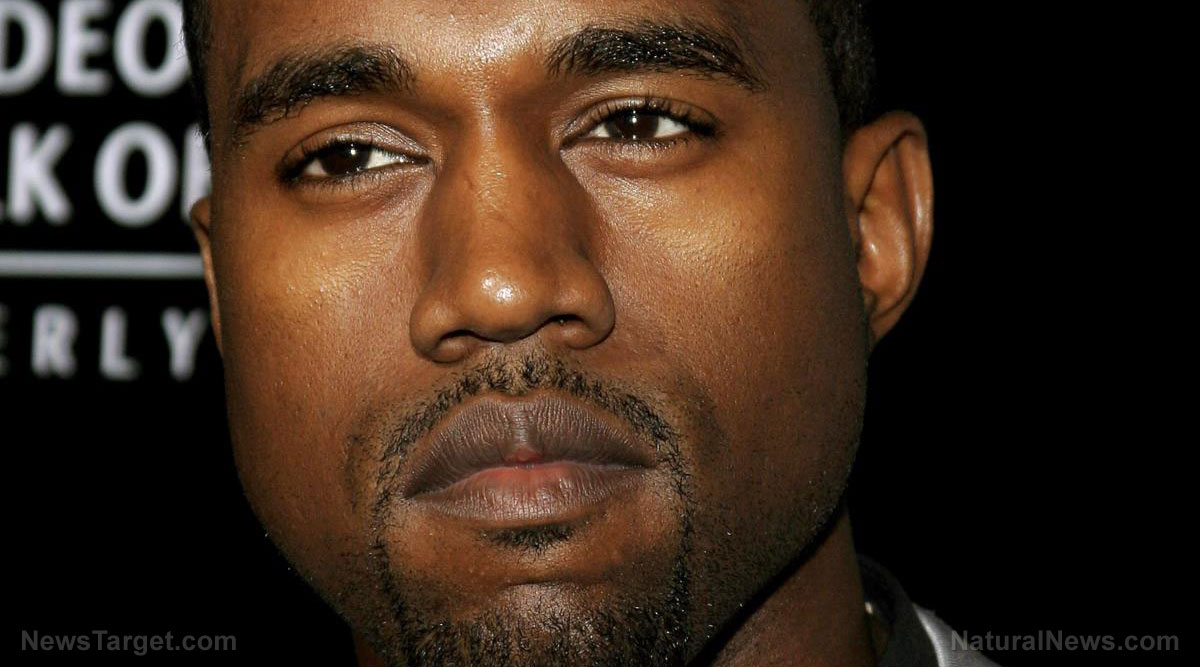 Let it be said that Kanye single-handedly kicked open the door for Black Trump support.  The numbers doubled immediately.  Add in Diamond and Silk been Diamond and Silk and it is suddenly all right for those who identify with Black to support Republicans.

Been outside that whole milieu, I was curious as to how this community could actually arise.  Little did I know and it has been a delight to see.

We can now expect vociferous Black Support for Trump and nothing like this has really ever happened.  It may even trigger vociferous White support as well.

.
KANYE now red-pilling everyone, teaching the black community how to discover personal power, courage and freedom


(Natural News) Rapper Kanye West is no stranger to controversy, as you may recall his pharmaceutical-induced mental breakdownand subsequent hospitalization incident from back in 2016. But it’s Kanye’s newfound support for President Donald Trump, especially as a black man, that’s really causing a mass triggering effect among leftists everywhere, many of whom are now being actively “red-pilled” with huge truth bombs from this unlikely messenger.


One of these truth bombs was encapsulated within some eye-opening comments that Kanye made about slavery during a recent interview with TMZ, in which he implied that the 400-year reign of black slavery was a “choice” that black people made for themselves.


In Kanye’s view, being enslaved for four centuries suggests that the problem lies with those who’ve been taken captive rather than the captors. And it isn’t just physical enslavement that’s chipped away at the viability of the black community, but also mentalenslavement, as many black people just can’t muster up the courage or wherewithal to fully remove themselves from the ideological plantation that keeps them as victims of leftist political maneuvering.


“When you hear about slavery for 400 years, for 400 years? That sounds like a choice,” Kanye stated during the controversial interview. “Like, you were there for 400 years and it’s all of y’all? It’s like we’re mentally in prison. I like the word ‘prison’ because slavery goes too direct to the idea of blacks. Prison is something that unites us as one race, blacks and whites being one race. We’re the human race,” he added, soliciting the idea that black people – and all people, really – need to stop thinking about society in terms of skin color.
Leftists raise hell against Kanye for trying to help other blacks “leave the plantation” of liberal enslavement


Further provoking leftists into a maniacal rage were additional statements that Kanye made about President Trump. Rather than speak negatively about the Commander-in-Chief in typical liberal form, Kanye made a plea for people, and especially blacks, to think outside the box and consider how the president might actually be trying to help average Americans – including black Americans who continue to wallow in leftist slavery programs like welfare handouts and poverty culture.


“Trump is a human being also, and he’s in a very powerful position, and he’s doing a lot of things to actually help business owners be able to go past all these fake laws and rules,” Kanye stated. “Why can’t it be OK for an influential rapper in the black community to go up to the president and talk to him about how we can make a change?”


Kanye has received intense criticism from pretty much all ends of the leftist spectrum. Everyone from fellow rapper “Will.i.am” to television personality “Dr. Phil” has seemingly come out in defiance of Kanye’s position as it veers too far away from the status quo liberalism that most people would accept from a celebrity “person of color” like Kanye.


But Kanye has received support as well, including from fellow rapper “The Game” who “tweeted” on Twitter that Kanye is a “genius.” He added:


“People who’ve never achieved greatness are not allowed to question it.”


Kanye, in his own defense, took to Twitter as well to explain his comments about slavery further:


“We need to have open discussions and ideas on unsettled pain,” Kanye tweeted.


“Of course I know that slaves did not get shackled and put on a boat by free will. My point is for us to have stayed in that position even though the numbers were on our side means that we were mentally enslaved. They cut our tongues so we couldn’t communicate to each other. I will not allow my tongue to be cut.”