The Economics Profession Is Broken — But this Isn't the Answer 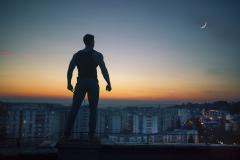 THe whole profession has made itself narrowly focused which hardly provides insight that helps in macro decisions.

This describes why this came about.  Mostly it is the lack of a rigorous foundational theory but who is listening?

Poverty can be eliminated and must be to produce universal prosperity.  No one else knows where to start except to somehow allow them to spend more of your money.

The Economics Profession Is Broken — But this Isn't the Answer

Eric Posner and Gen Weyl claim that economics has become too timid. Posner is an influential law professor at Chicago, and Weyl is a principal researcher at Microsoft. Their article appeared in The Chronicle of Higher Education on May 6. Their diagnosis of economics is accurate, but their cure is worse than the disease.

Economists today, they say, have become narrow technocrats. “Economists sought to develop a science on the model of physics because they believed that scientific methods were most conducive to discovering the truth.. . . Policy reforms advocated by mainstream economists were almost always what we call ‘liberal technocratic’— either center-left or center-right. Economists suggested a bit higher or lower minimum wage or interest rate, a bit more or less regulation, depending on their external political orientation and evidence from their research.”

The situation is even worse than that. Economists who reject this standpoint are suppressed. “Economists have maintained this narrow range of methodological and political commitment through their control of academic journals, hiring, and teaching — as well as through the informal enforcement of community norms. We see this in the treatment of the ideological extremes, the ‘Austrians’ (on the right) and the Marxists (on the left), who have been ostracized from the profession.”

In the nineteenth century, things were different. Economists were not narrow specialists but had the broad knowledge of the social sciences needed for visionary measures of reform. “Political economists drew on all the streams of academic speculation — they were as much philosophers as social scientists, and they recognized none of the distinctions among the various contemporary social sciences. Moreover, they saw themselves as reformists, often radical reformists.”

So far, so good: but Posner and Weyl soon go off the rails. The great movement in the 18th and 19th centuries was the destruction of state-controlled mercantilism and the creation of a free market economy. The struggle for laissez-faire, though never fully completed, led to unprecedented economic growth and prosperity.

Posner and Weyl ignore this. Instead, their notion of “vision” stresses equality, not economic liberty. To them, Marx and Keynes rank among the visionaries. They fail to see that Marxism and Keynesianism are not, as they imagine, progressive movements for social change but rather reactionary attempts to interdict the movement toward freedom and restore state control. The Keynesian system is ne-mercantilist and Marxism in practice has been marked by even more ruthless state control. On these matters, Murray Rothbard’s great essay, "Left and Right: The Prospects for Liberty” offers unparalleled guidance.

They acknowledge that free market economists like Friedrich Hayek had a broad perspective, but these economists do not count as visionaries in the progressive sense they favor: “But unlike the political economists of old, they did not offer radical social reform or innovation. Instead they advocated a return to institutions that had prevailed in the 19th-century Anglo-Saxon world.”

Posner and Weyl fail to see that Mises, Hayek, and Rothbard sought to counter the statist tyranny that disfigured the twentieth century and to reinstitute the great movement toward freedom begun by the classical liberals. To those not enamored of egalitarian illusion, that is surely a vision worth fighting for.
Posted by arclein at 12:00 AM