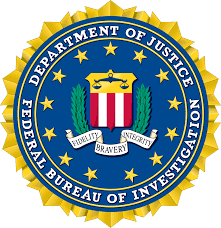 The bottom line is that ten senior people at the FBI have been fired during the past year.  Now there is a conversation started over the possibility of dissolving the agency itself.  I do not see that happening, but i do see a re think in terms of the leadership structure.

The agency lived through a multi decadal fiefdom run by J. Edgar Hoover who hung on until his death.  He was the consummate blackmailer.  This strategy has been absorbed into the DEEP State along with the natural pedophile conspiracy.  We can see that the FBI has been deeply corrupted.

It is not over yet, but the number of sealed indictments has now reached almost 29,000.  It should be almost over in terms of the investigations, though it is obvious that once the arrests begin, plenty of new intel will be shaken free.

It is clear that the crimes been investigated are Clinton Treason, Deep State Treason including 9/11 and the Global Pedophile conspiracy and a few we have forgotten.  Expect the truth on JFK.

It is extraordinary that  the past administration spread out around the world in order to undermine the incoming president.  What were they thinking?  The full weight of state surveillance came under the control of Mil Intel with Trump's arrival.  It took me a while to wake up, but not that long either. They should have had a much quicker heads up.

The only defense they had was to shut up forthwith  They did not.  Worse they are still chattering though i do sense a silence on the land.  It is certainly too late now.

Anyone who understood the consequences of Edward Snowden saw this day coming..
, ..

Re_read drops.
Today: JK & Iran
Important - context for future news.
Why is Hussein/JK traveling WW and meeting w/ foreign heads of state (some enemies of the U.S.)?
HRC/BC flying under the radar - same/unreported - why?
(2) former presidents/sec of states (out of power/authority) racing around the world pre/post POTUS - why? UNPRECEDENTED?
The World is Connected.
The World is Watching.
Q