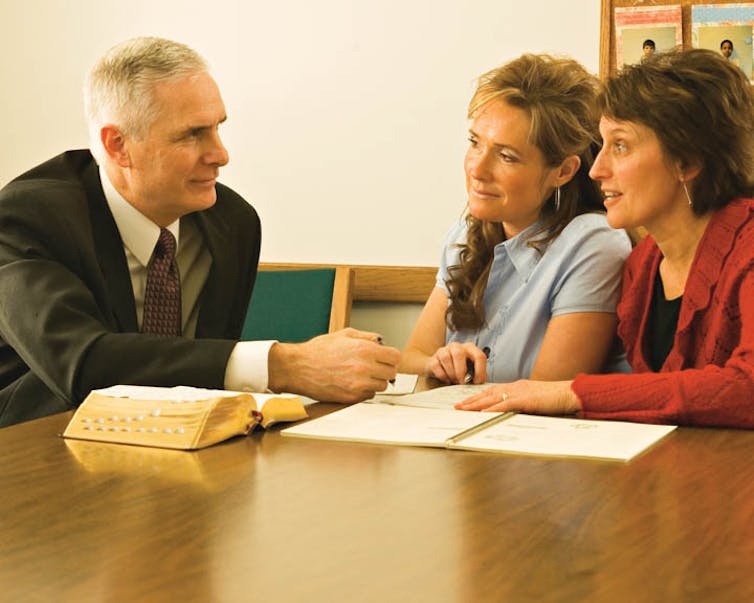 Without question the Mormons maintain a remarkable missionary program which serves to help their young mature in terms of their beliefs and life intentions.

It is also plausibly the most modern in terms of its interaction with modernity itself.  Doctrine has always been a hard sell and the book of Mormon gains few readers though that should be rethought.  what continues to inform is the Christian bible instead which integrates in into the larger christian universe.
It would take little for Mormonism to actually lead to a global communion of christian organizations whose individual existence is flawed.  The advent of rigorous community and family values is very welcome to all...
.
Mormonism’s newest apostles reflect growing global reach

People attend the General Conference of The Church of Jesus Christ of Latter-day Saints on March 31, 2018, in Salt Lake City. AP Photo/Rick Bowmer

Matthew Bowman does not work for, consult, own shares in or receive funding from any company or organisation that would benefit from this article, and has disclosed no relevant affiliations beyond their academic appointment.

At its annual General Conference held from March 31 to April 1, The Church of Jesus Christ of Latter-day Saints (commonly known as the Mormons), announced two new members of its second highest governing body, the Quorum of the Twelve Apostles: Gerrit Gong, the son of Chinese immigrants to the United States, and Ulisses Soares, a native Brazilian.

These two men are the first non-white apostles in the church’s history. From my perspective as a scholar of American religion and Mormonism, these developments illustrate Mormonism’s transformation into a diverse, global faith.

At its highest levels the Mormon church is run by fifteen leaders: a First Presidency, made up of the president of the church and his two counselors, and the Quorum of the Twelve Apostles, who work immediately under the president. All serve for life.

Mormons had great missionary success in Europe in the 19th century and consequently the church has had a number of non-Americans in these offices before. But there have never been non-European or non-white American men in these posts until now. 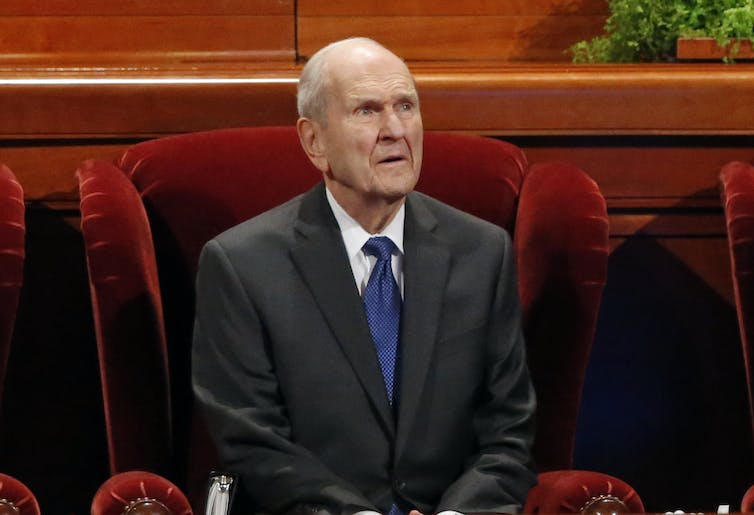 Another reason for a lack of diversity in church leadership is that Mormonism’s growth outside the white communities of the United States and Europe was for a long time sporadic. Until 1978, the church did not allow black members to hold priesthood or worship in temples, rites required for priestly leadership in the church.

In addition, though the church’s growth in Latin America has been rapid, it has traditionally adhered to American cultural norms, which has meant that historically it has struggled to retain members in Latin America and Africa. For instance, Mormons expect that men will wear dress shirts and ties and women will wear dresses to Sunday services. The official Mormon hymnbook too is filled with 19th-century American hymns. Hymnals produced for non-English speaking countries consist of translations of those songs into local languages. They contain only a small number of local songs.

However, the selection of Gong and Soares is an indication that the church has begun to take seriously the task of growing outside the United States. 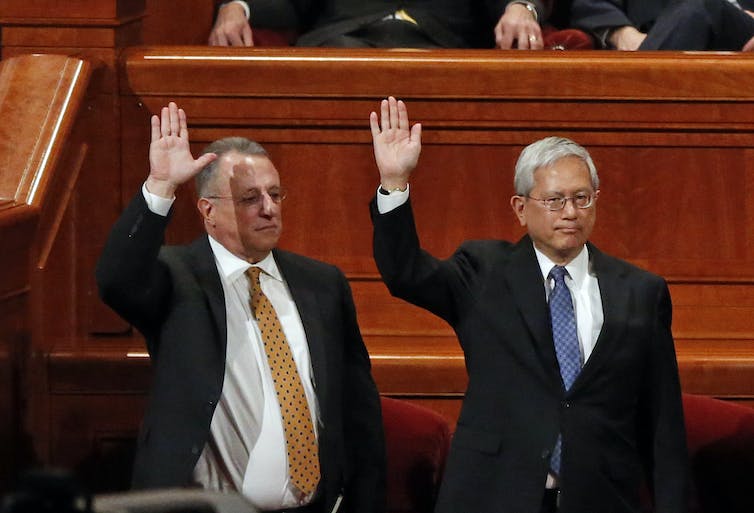 Because of its massive missionary efforts, there are now roughly 16 million Mormons in the world, and a healthy majority of those live outside the United States. One of every 15 Mormons is from Brazil, where Mormon missionaries have found among their greatest success.

Indeed, this demographic tidal wave has been so pronounced that many Mormons have expected a Latin American apostle for the last several vacancies. A number of Mormons greeted the choice of Gong and Soares with excitement, seeing it as an important acknowledgment of diversity in the church.

And while Soares’ selection reflects the Mormon present, Gong’s may point to the future of Mormonism.

Mormonism is not one of the five official religions recognized by the People’s Republic of China, but there are Mormon congregations in the nation, built mostly through expatriates and Chinese citizens converted by Mormon missionaries abroad. Official numbers are not reported, due to restrictions placed by the Chinese government.

The current president of the church, Russell Nelson, studied Mandarin as a younger man and has spent a great deal of time in China over his career. He was among the American heart surgeons who traveled to China to educate Chinese physicians about heart transplants. His personal interest in the country has recently been matched by signs that the church as a whole is interested in cultivating a higher profile there. For instance, the church recently launched a website devoted to its relationship with China. Dallin Oaks, a member of the church’s First Presidency, announced that the church has been cultivating a “relationship of trust with Chinese officials.”

The new apostle Gerrit Gong is a Mandarin speaker as well. With a Ph.D. in international relations and stints at the State Department and Georgetown University on his resume, he could be an invaluable help in such efforts.
Globalizing the church

A notable development at the recent conference was a move by Mormon leaders to decentralize church administration, so as to strengthen local congregations worldwide.

One such announcement consolidated and simplified leadership in each local congregation. Another discontinued much of the bureaucracy and paperwork surrounding the practices of “home teaching” and “visiting teaching” in which congregants go and see each other monthly to ensure everybody in a congregation is doing well. Historically this work has been done according to procedures tightly controlled by church headquarters, which required regular reports. Now the church is allowing for more local autonomy.

Nelson’s final announcement of the Conference made the church’s interest in raising the international presence of the church explicit. He announced the church would be building seven new temples, in places as far-flung as India, Russia and the Philippines.

Mormon temples are distinct from weekly meetinghouses. There are thousands of meeting houses but only 159 temples worldwide. Ceremonies like sacramental marriage and an initiatory rite called the endowment are performed only in temples – which are rituals essential for Mormons to enter leadership positions in the church. Building a temple in a country is a sign that the church sees potential for strong local leadership.

If there were ever doubts that Mormonism sees a global future for itself, the events of this General Conference eliminated them.
Posted by arclein at 12:00 AM