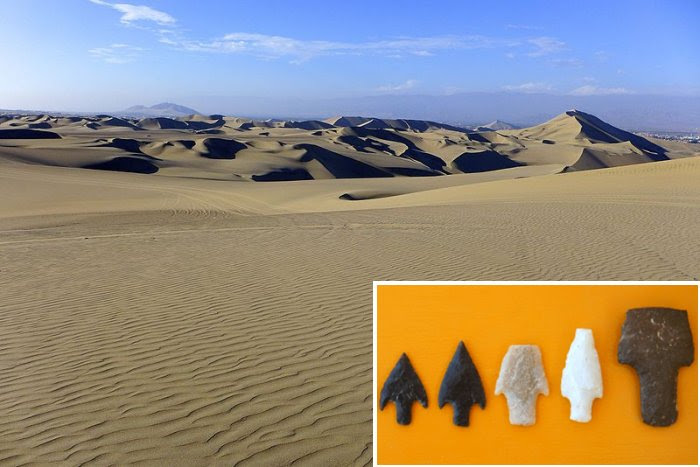 What this tells us is that the post 12900BP  environment was quickly occupied by mobile bands of mobile hunter gatherers who followed the wildlife.  This was expected, but it is nice to see conformation as well.

If our civilization disappeared today, the survivors would leave the same footprints.  humbling to recall all that.

hunting and gathering was replaced by settled agriculture, but that demanded seed preservation and that was often tricky.

http://www.ancientpages.com/2018/03/16/first-settlers-of-ancient-peru-left-behind-12000-year-old-stone-objects/
AncientPages.com – Archaeologists excavating in Peru have found thousands of stone objects that could offer more information about the first people who inhabited Peru.

Based on the preliminary examination of the artifacts, researchers estimate the first settlers arrived in Peru between 9,000 to 12,000 years ago. It was a period when the desert of Ica was less dry.

More than 150 ancient spearheads were found in Pampa Lechuza, located about 155 miles south of the capital Lima. Pampa Lechuza is one of the most important ancient Peruvian sites for finding stone objects from the lithic period.

The ancient spearheads have not been carbon dated yet, but researchers from the Pontifical Catholic University of Peru who made the discovery think the stone objects may prove to be the earliest known evidence of the inhabitants of this region.

Archaeologists have excavated at the site for several years.

More than 20,000 stone objects made by hunter-gatherers have been discovered at the site so far.
Hunter-gatherers produced the spearheads with such as flint, and resources imported from hundreds of miles away.

This shows that ancient settlers “had high mobility or participated in exchange networks in an area that encompassed the Pacific Ocean coastline, the coastal valleys and the surrounding sierra,” Jalh Dulanto Brescia, a professor of archaeology at PCUP said in an interview with the Spanish newspaper El País. 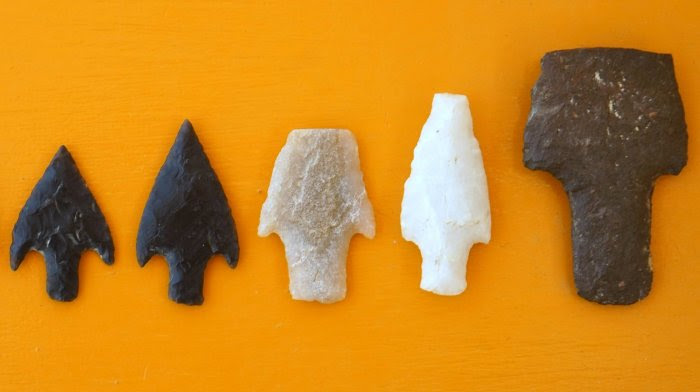 This is a significant find and archaeologists think more artifacts can be found in Pampa Lechuza. The ancient spearheads will now be analyzed to determine how and why they were manufactured. Later, they will be sent to the to the Regional Museum of Ica.

Scientists also point out the urgency to protect the Cerro Lechuza Archaeological Landscape from theft and damage from human activities. Archaeologist warn that “some of the sites that are part of this complex have been affected by settlers who have used heavy machinery to move land, in an apparent attempt to delimit land.”

The Peruvian Ministry of Culture is currently considering whether to designate the complex as a national heritage site.
Posted by arclein at 12:00 AM