‘Cycle and Epicycle, Orb in Orb’: the science of Paradise Lost 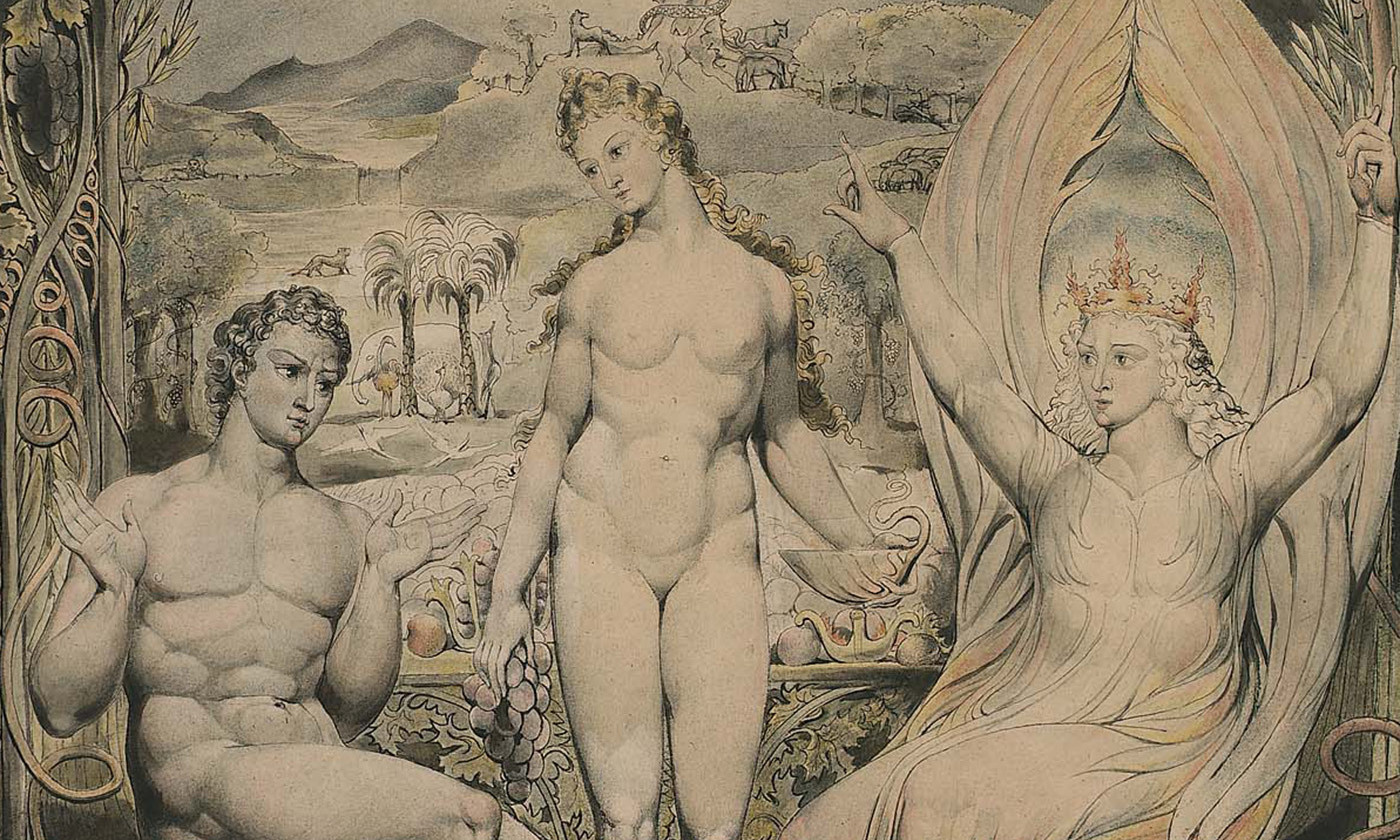 I have always found reading through the thinking of a past writer to be fruitful even if it reflects back the truth of your own understanding.  Milton is well worth an effort and this can act as an introduction.  Otherwise you are stuck with taking an advanced course in English literature. It is on my to do list in some imagined future in paradise.

What really leaps out at me is that the Presbyter's  from their reading of the bible were profoundly motivated to pursue empirical and thus scientific inquiry in order to deeply understands GOD's creation.  This obviously spilled over into the creation of the Scottish enlightenment and our first modern universities in the next three generations and even reached myself centuries later.

Milton clearly understood that human understanding of science was mutable and proceeded to take no sides while presenting the opposing positions.  Quite respectable really.  I would like to see more of that myself in science.  Now we need to discover a deeply annotated version of Milton's work.  I am not going to waste my time there without a fine road map as i did with Dante and Beowulf and Chaucer.  We always lack period allusions otherwise...


‘Cycle and Epicycle, Orb in Orb’: the science of Paradise Lost

is editor-at-large of The Marginalia Review of Books, a channel of The Los Angeles Review of Books. A regular contributor at several different sites, he holds a PhD in English from Lehigh University in Pennsylvania. His collection 'America and Other Fictions: On Radical Faith and Post-Religion' will be released by Zero Books in December.

The Archangel Raphael with Adam and Eve (an illustration to Milton's Paradise Lost) by William Blake (1808). Courtesy MFA Boston

Paradise Lost (1674) is a consummate example of scientific literature. In it, John Milton effectively mimics the debates that motivated the New Science of his era, and the result is a poem that is ‘scientific’ not just because its content sometimes concerns nature, but also because its rhetoric imitates the emerging scientific method. And much of that, I argue, is due to Galileo, the man whom Milton described as ‘the Tuscan artist with optic glass’.

For readers who half-remember Milton from an undergraduate survey course, this might be a surprising contention. While the poet still generates reams of journal articles, dissertations and academic books, when the general public thinks of him, it’s often as a dour Puritan poet writing dour Puritan poetry (which assumes that ‘Puritan’ is even an appropriate designation for him). But in fact his greatest work depicts, among other things, how scientific debate operates.

Far from seeing themselves in opposition to natural philosophy, many Puritans embraced empirical science as a practical application of their religious understanding, and while the simplistic reductionism that views the scientific revolution as a direct product of the Reformation has been made more nuanced by subsequent historiography, it remains true that many Puritans of Milton’s era celebrated the burgeoning scientific method as an extension of their own theology.

Consider the scientist and philosopher Francis Bacon, writing a half-century before Paradise Lost. While not a Puritan per se, he was a steadfast Protestant who appropriated the language of the Reformation in his defence of the emerging science. Or examine the career of the American theologian Jonathan Edwards, writing a century after Milton, who is mostly remembered as the author of the hellfire sermon ‘Sinners in the Hands of an Angry God’ (1741). The historian George Marsden writes in Jonathan Edwards: A Life (2003) that the preacher was ‘profoundly influenced by Isaac Newton’ and that like ‘many men of his time, Edwards was determined to know everything and how it all fit together in God’s universe’. If Puritanism has an innate attraction towards a certain variety of scientific positivism, and if Milton is the most celebrated of Puritan poets, it would stand to reason that those scientific enthusiasms would be present in Paradise Lost.

The poem, a 10,000-line epic about the Fall of Man and the ‘ways of God’, is the earliest and greatest example of a neglected literary genre – the scientific epic. What are the poetics of science, and what is a scientific epic? This is a poem that not only takes as its subject scientific topics but that also replicates a spirit of rational skepticism. There are surprisingly few texts that do this: that take the drama of scientific discovery, and of the worldview that makes that progress possible, as their subject.

The capable lyrics of the 1981 Nobel Prize-winning chemist Roald Hoffmann count as one example:

‘Essential amino acids, dexterously/synthesised, are a mix of mirror/image forms.’ In the early 19th century, Erasmus Darwin prefigured in scientific verse the theories of evolution through natural selection of his grandson Charles, writing:

For a poet who arguably wrote within the mode of scientific epic, Walt Whitman’s declaration ‘Hurrah for positive science!’ should be taken literally, as I have argued elsewhere. Ancient poems, such as Ovid’s Metamorphoses and Lucretius’ atomistic De Rerum Natura, concern themselves with physical transformations and the working of the world, but were written in a cultural context without real science.

On the other hand, Paradise Lost was first printed seven years after the founding of the Royal Society and 20 years before the publication of Newton’s Principia, in the midst of what the philosopher of science Thomas Kuhn in 1962 called a ‘paradigm shift’, and what we know as the first scientific revolution. Evidence of that revolution permeates the poem, an influence that is attributable to Galileo.

Milton toured Italy in 1638, when he was 30, leaving his native Britain on the verge of civil war, claiming to have met the astronomer who was then under house arrest, though some historians question whether said event actually happened. Regardless, Galileo is the only contemporary figure mentioned in Paradise Lost, appearing in the divine vision of Raphael, an angel God sends to Adam and Eve to dissuade them from temptation:

… As when by night the Glass
Of Galileo, less assur’d, observes
Imagind Lands and Regions in the Moon

In Paradise Lost, Milton offered a retelling of that early account of natural forms: the Genesis myth. Milton’s retelling explicated at length on an incredible diversity of subjects ranging from ancient history to New World geography. He presents the archangel Raphael in intellectual dialogue with Adam among the perfumed groves of Eden. Raphael discusses the history of creation, from its origins to its future, while leaving some of the biggest questions of cosmology ambiguous. In Book 8, Milton writes of the motions of the heavens that:

Whether the Sun predominant in Heav’n
Rise on the Earth, or the Earth rise on the Sun …
Solicit not thy thoughts with matters hid,
Leave them to God above …

Milton’s mastery was not limited to ‘things unattempted yet in Prose or Rhime’, but debates about natural philosophy also concerned him. Scholars of the 17th century disagreed whether it was the geocentric Ptolemaic model of the solar system or the heliocentric Copernican model that was accurate. And though we have long since settled the question in favour of the later, this was by no means a foregone conclusion when Milton was writing. The tension between those two models of the cosmos runs as one of the currents underneath Paradise Lost.

In general, Protestantism was no more amenable to Copernicus than was Catholicism, and at times Paradise Lost seems to evidence faith in Ptolemy. In Book 7, Milton writes of how

… Heav’n in all her Glorie shon, and rowld
Her motions, as the great first-Movers hand
First wheeld thir course; …

With his distinctly Aristotelian language concerning a ‘first mover’, and the verb ‘wheeled’, Milton calls to mind Ptolemy’s complex cosmology with its epicycles upon epicycles. Or consider the line in Book 10, when Milton writes of how

… The Sun
Had first his precept so to move, so shine,
As might affect the Earth with cold and heat

explaining the seasons based not on the tilt of the planet’s axis, but rather its distance from a sun that rotates around it. It would seem that Milton has firmly rejected new theories that placed the Sun at the centre of the solar system. Yet in Book 8, Raphael says that God laughs at the ‘quaint opinions’ of specialists, who

… model Heav’n
And calculate the Starrs, how they will weild
The mightie frame, how build, unbuild, contrive
To save appeerances, how gird the Sphear
With Centric and Eccentric scribl’d o’re,
Cycle and Epicycle, Orb in Orb.

Out of historical context, it would be easy to read this as a condemnation of natural philosophy, but what is being parodied is the increasingly baroque complexities of Ptolemaic cosmology.

The defenders of the status quo had to long contend with empirical discrepancies that made Ptolemy’s theories increasingly difficult to defend. Things such as the retrograde motion of Mars, whereby that planet seemed to move backwards and forwards across the sky over the course of the year, could be explained only if a complex system of orbital ‘epicycles’ are hypothesised. Eventually, so as ‘to save appearances’, the Ptolemaic model becomes a cumbersome mess, one that, to paraphrase Milton, had been built, unbuilt and contrived. Copernicanism, on the other hand, more parsimoniously explained such phenomena. But why the contradiction in Paradise Lost, whose physics seem so resolutely conservative in one sense while mocking the very underpinning of that physics?

There is a reason for this astronomical equivocation. Milton wished to craft something that was eternal, and could survive changing understanding. Milton’s concern was to glorify God as one for whom ‘The swiftness of those Circles attribute, / Though numberless, to his Omnipotence’. Paradise Lost might be a poem that uses those ‘circles’ as an example, but the poem isn’t about them, it’s about God’s grandeur. To venture an opinion as to whether Copernicus or Ptolemy was accurate was to write a poem that could potentially be wrong in the future, and Milton couldn’t risk that. But in the process, he was able to depict how scientific debate operates in contrast to the absolute stricture of religious orthodoxy. In admitting that scientific knowledge is capable of change, Milton provides an accurate portrayal of the humble, dutiful method where one must always be aware of potential amendment to that knowledge. Paradise Lost revels in these ambiguities, and provides a representation of it.
Posted by arclein at 12:00 AM