The DNC must be crazy.  Unless of course this is merely for the headline.  It becomes an open invitation to force the DNC to cough up their servers along with allowing masses of evidence to be read into court.  It cannot possibly end well for the DNC.


For a year and one half, while all appropriate conversations have been tracked and gathered by Mil Intel , we have seen a steady flow of real disclosure all of which is deeply damaging to the DEEP State and the Clinton Cabal.  This is disclosure which would mostly have been slammed down under court orders.   This way we have the data and that cannot be done at all.


And yes we have had a clean six months of probable judicially ordered wire tapping as well since the EO before Christmas.  All this has led to 25,000 sealed indictments..

>>1116248
Amazing. They are literally opening the door for you to drop all the information as evidence in a court of law.
WWG1WGA 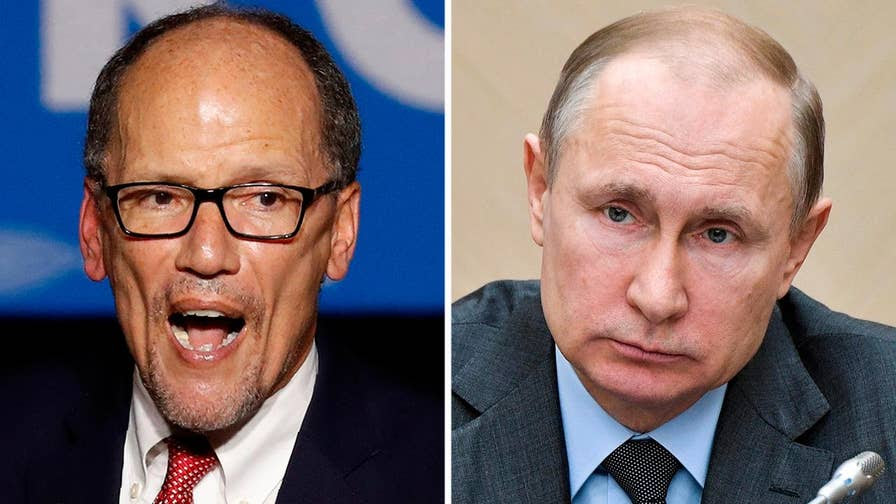 The Democratic Party on Friday filed a multimillion-dollar federal lawsuit against Trump campaign officials, the Russian government and WikiLeaks alleging a widespread conspiracy to tilt the 2016 election in Donald Trump's favor.

Calling it an “all-out assault on our democracy,” the Democratic National Committee filed the civil suit in federal district court in Manhattan. The suit amounts to another legal broadside related to the 2016 race, on top of the special counsel's ongoing Russia probe and the FBI raid on Trump's personal attorney last week.

"The conspiracy constituted an act of previously unimaginable treachery: the campaign of the presidential nominee of a major party in league with a hostile foreign power to bolster its own chance to win the Presidency," the suit states.

It claims that Trump campaign officials worked in tandem with the Russian government and its military spy agency to bring down Hillary Clinton by hacking into the computer networks of the DNC and spreading stolen material.

“During the 2016 presidential campaign, Russia launched an all-out assault on our democracy, and it found a willing and active partner in Donald Trump’s campaign,” said DNC Chairman Tom Perez in a statement, calling the alleged collusion “an act of unprecedented treachery.”

'During the 2016 presidential campaign, Russia launched an all-out assault on our democracy, and it found a willing and active partner in Donald Trump's campaign.'
- DNC Chairman Tom Perez

“In the Trump campaign, Russia found a willing and active partner,” the suit claims. “In 2016, individuals tied to the Kremlin notified the Trump campaign that Russia intended to interfere with our democracy. Through multiple meetings, emails, and other communications, these Russian agents made clear that their government supported Trump and was prepared to use stolen emails and other information to damage his opponent and the Democratic Party.”

Gates and Manafort have both been charged in special counsel Robert Mueller’s investigation into Russian interference in the 2016 election.

The suit also claims Wikileaks founder Julian Assange “shared the defendants’ common goal of damaging the Democratic Party in advance of the election.” The suit states Russia, using WikiLeaks, would disseminate information stolen from the DNC “at times when it would best suit the Trump campaign.”

Brad Parscale, campaign manager of Donald J. Trump for President, Inc., slammed the suit as “frivolous” and predicted it would eventually be dismissed.

“This is a sham lawsuit about a bogus Russian collusion claim filed by a desperate, dysfunctional, and nearly insolvent Democratic Party,” Parscale said in a written statement. “With the Democrats’ conspiracy theories against the President’s campaign evaporating as quickly as the failing DNC’s fundraising, they’ve sunk to a new low to raise money, especially among small donors who have abandoned them.”

Trump has strongly – and repeatedly – denied colluding with the Russians.

Most recently, he cited the newly released memos from former FBI boss James Comey to assert his innocence and decry the Russia probe itself.

"James Comey Memos just out and show clearly that there was NO COLLUSION and NO OBSTRUCTION. Also, he leaked classified information. WOW! Will the Witch Hunt continue?" he tweeted.

James Comey Memos just out and show clearly that there was NO COLLUSION and NO OBSTRUCTION. Also, he leaked classified information. WOW! Will the Witch Hunt continue?
— Donald J. Trump (@realDonaldTrump) April 20, 2018

While the FBI recently raided Trump’s personal attorney Michael Cohen’s home, office and hotel room to seize a collection of documents, a source said Deputy Attorney General Rod Rosenstein assured that Trump was not a target of that probe.

Trump’s legal team, meanwhile, is expanding with the addition of former federal prosecutor and New York mayor Rudy Giuliani, who is vowing to seek a swift resolution to the special counsel probe.

As for the latest court action, suing a foreign country could be difficult for Democrats because typically, other nations have immunity from most U.S. lawsuits. However, the suit argues that Russia shouldn’t be entitled to sovereign immunity because the “DNC claims arise out of Russia’s trespass on to the DNC’s private servers … in order to steal trade secrets and commit economic espionage.”

The Democratic Party used a similar tactic during the Watergate scandal in 1972. The DNC sued former President Richard Nixon’s reelection committee for $1 million in damages for the bungled burglary at the Democratic headquarters in the Watergate building.