Five Scientific Discoveries Made in Dreams 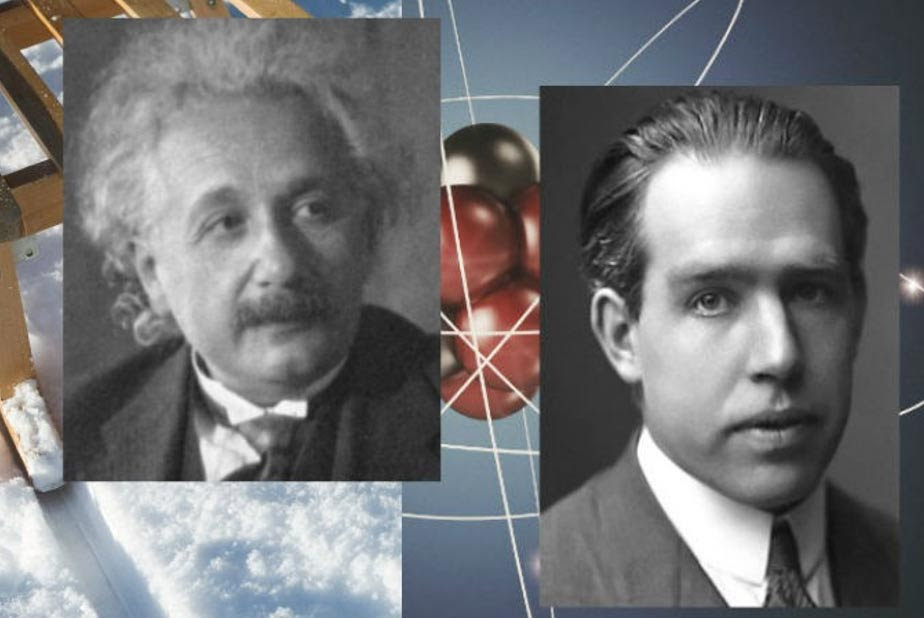 All good.  What this confirms is that the subconsious will feed key concepts to the prepared mind.  It actually happens all the time but with simpler tasks.  Here what has often happened is that the problem has been studied already and a simple tip was not going to be good enough.

Thus the sub consious took the extraordinary step of making it clear through his dream.

My own contemplation regarding the sub atomic world were strongly encouraged by a freind's vision of that world which was completely contrary to anything that i could place or imagine.  It envisaged a complex of balls with ribbons weaving about them.  I immediately identified the strips as Mobius strips and understood the importance in storing number, foundational to any calculating machine

From there i was easily able to construct the nature of particle construction before i even succeeded in creating the Space Time Pendulum which provides theworking axis.  So yes we areall guided to the extent our minds are prepared.

That ishow weaccess thepowereof our spirit body whose information density is massively larger than anything possiblewith chemistry.

Five Scientific Discoveries Made in Dreams

In Beyond Science, Epoch Times explores research and accounts related to phenomena and theories that challenge our current knowledge. We delve into ideas that stimulate the imagination and open up new possibilities.

Dmitri Mendeleev (1834–1907) wanted to organize the 65 known elements somehow. He knew there was a pattern to be discerned, and it had something to do with atomic weight, but the pattern remained elusive. Then, Mendeleev later reported, “In a dream I saw a table where all the elements fell into place as required. Awakening, I immediately wrote it down on a piece of paper.” Mendeleev’s words were quoted in “On the Question of Scientiﬁc Creativity,” by Russian chemist B.M. Kedrov.

This was how the periodic table was formed. The arrangement he saw in his dream was so accurate, it even revealed that some elements had been incorrectly measured; they were placed in his periodic table according to their atomic weight, which wasn’t even known yet.

“Niels Bohr [1885–1962]reports that he developed the model of the atom based on a dream of sitting on the sun with all the planets hissing around on tiny cords,”  according to a paper  titled “Pillow-Talk: Seamless Interface for Dream Priming Recalling and Playback,” by Edwina Portocarrero at the Massachusetts Institute of Technology (MIT) and co-authors. 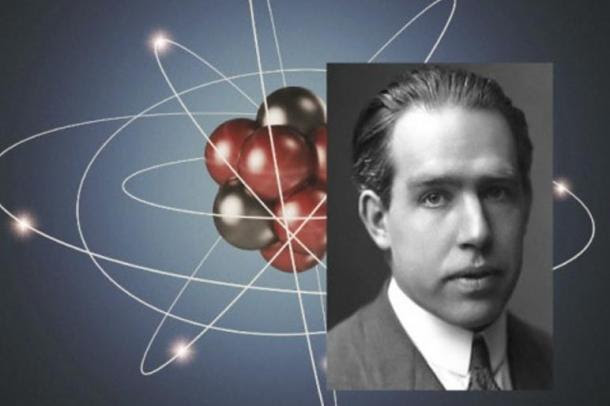 Elias Howe (1819–1867) is often credited with inventing the sewing machine, though in reality he significantly improved previous designs and received the first U.S. patent for a sewing machine using the lockstitch design. It was a major development in creating the modern sewing machine. Before a breakthrough came to him in a dream, however, he was stuck on the problem of where to place the eye of the needle.

His dream is recorded  in a family history  titled, “The Bemis History and Genealogy: Being an Account, in Greater Part, of the Descendants of Joseph Bemis of Watertown, Massachusetts:”

“He almost beggared himself before he discovered where the eye of the needle of the sewing machine should be located. … His original idea was to follow the model of the ordinary needle, and have the eye at the heel. It never occurred to him that it should be placed near the point, and he might have failed altogether if he had not dreamed he was building a sewing machine for a savage king in a strange country.

“Just as in his actual waking experience, he was perplexed about the needle’s eye. He thought the king gave him twenty-four hours in which to complete the machine and make it sew. If not finished in that time death was to be the punishment. Howe worked and worked, and puzzled, and finally gave it up. Then he thought he was taken out to be executed.

“He noticed that the warriors carried spears that were pierced near the head. Instantly came the solution of the difficulty, and while the inventor was begging for time he awoke. It was 4 o’clock in the morning.

“He jumped out of bed, ran to his workshop, and by 9, a needle with an eye at the point had been rudely modeled. After that it was easy.”

“Einstein said his entire career was an extended meditation on a dream he had as a teenager,” explained the Rev. John W. Price in an interview with John H. Lienhard, professor emeritus of mechanical engineering and history at the University of Houston, on the radio show “Engines of Our Ingenuity.” 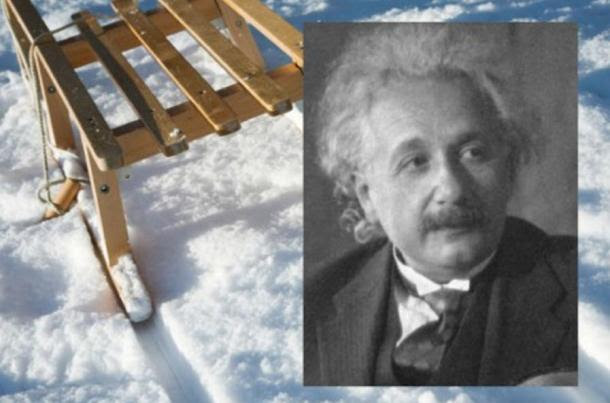 “He dreamt that he was riding a sled down a steep, snowy slope and, as he approached the speed of light in his dream, the colors all blended into one. He spent much of his career, inspired by that dream, thinking about what happens at the speed of light.”

Friedrich August Kekulé (1829–1896) developed a structural theory in chemistry (related to the bonding order of atoms in a molecule) that was integral to the development of organic chemistry.

Dozing on a bus, a vision that provided a starting point for this theory appeared to him, as recorded in “Serendipidty, Accidental Discoveries in Science,” by Royston M. Roberts:

“I was returning by the last bus, riding outside as usual, through the deserted streets of the city. … I fell into a reverie, and lo, the atoms were gamboling before my eyes. Whenever, hitherto, these diminutive beings had appeared to me, they had always been in motion. Now, however, I saw how, frequently, two smaller atoms united to form a pair; how a larger one embraced the two smaller ones; how still larger ones kept hold of three or even four of the smaller, whilst the whole kept whirling in a giddy dance. I saw how the larger ones formed a chain, dragging the smaller ones after them but only at the ends of the chains. …The cry of the conductor, ‘Clapham Road,’ awakened me from my dreaming; but I spent a part of the night in putting on paper at least sketches of these dream forms.”+

The article ‘ Five Scientific Discoveries Made in Dreams ’ was originally published on The Epoch Times and has been republished with permission.
Posted by arclein at 12:00 AM

I have had similar experiences where being in a quasi dream state lead to profound technological inventions that were patented around the world. However, the most powerful technologies by far I have invented came from the use entheogenic induced experiences. Entheogens reveal truth, truth about how nature operates and what's possible for us to build. All the military tech efforts and human intent becomes completely transparent when revealed by nature's great teachers. This great revealing also reveals the double edge sword of moral burden in deciding whether to reveal these awesome discoveries of new abilities to the rest of mankind. Is mankind deserving?

In this moral clarity it also becomes perfectly clear why so many have revealed these abilities to a world of beings still caught in the immaturity of seeking wealth and power over others, it is the ego of gaing wealth, being known and remembered, aka glory, that has led many to reveal advances destructive to the freedom and peace of others. The entheogens reveal this intent along with nature's awesome power.

The reason I mention this is because Nature has revealed to me exactly how to build a real stargate, how to use it to communicate to the other stargates for opening those great doors to the rest of cosmic intelligence and locales but nature has also revealed to me the immaturity and injustice of the tyrannical slavery we have enabled and tolerated in this local intelligence droplet by the masses of slaves and tyrants alike. In this it has become clear to me that our species is not deserving of such capability until the injustices are completely and absolutely removed from existence and the ego is checked, at least not to be revealed by me.

This is something for people to think about when they choose to extort, defraud, rape, murder, unjustly imprison or otherwise harm the pursuit of happiness of their neighbors for their own gain wealth or power - your moral immaturity is now casting judgement so as to limit our technological and cosmic potential. If you vote, support or participate in any authority whatsoever, lie, cheat, steal or ignore such actions by others letting them continue their harm then you are guilty of harm and thus are the reason that at least one mind will not reveal some of the secrets nature has already revealed to man. Perfection is possible but each needs to fully embrace the fact that the only thing ine has control over is their own actions. Forget forgiveness of sins and just stop sinning.