Toxic Loans Around the World Weigh on Global Growth 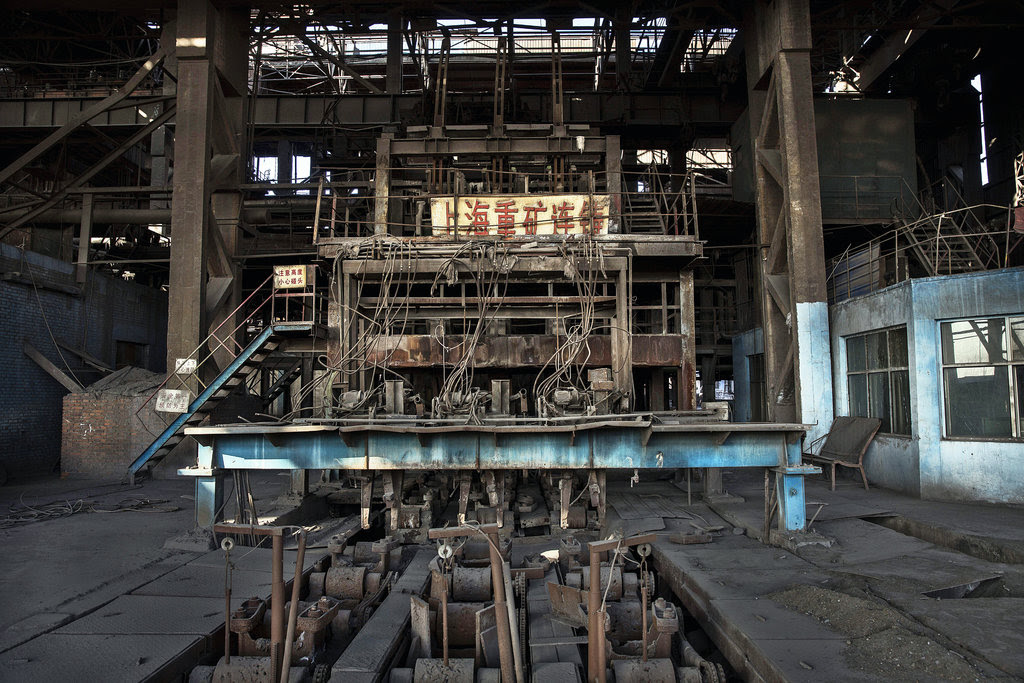 China is of course the king of toxic loans and that distorts things.  That they can go back almost forever for fresh cash has allowed them to avoid any form of liquidation process and most are in fact productive in terms of salable goods.

However the real problem is that the whole world has got in on the act and we now have a massive global inventory of pricey assets ultimately looking for new owner.  There will never be enough such owners to go around and the real truth is that the assets are seriously overpriced.

To overcome that problem you have to run a forbearance system that allows current owners to ultimately settle. Please observe that resetting the price downward actually solves nothing except to sharply increase the amount of abandoned debt for that asset class.  It is far better to retain the pricing structure if that is possible.


Governments have been stumbling around this problem since 2008 and have not done well. That is why all USA real estate is deeply under priced and only now recovering somewhat.  Foreclosure merely smashed the price structure down so low that every mortgage was essentially underwater.  It need never have happened and it only deepened bank losses.
.
Toxic Loans Around the World Weigh on Global Growth

Beneath the surface of the global financial system lurks a multitrillion-dollar problem that could sap the strength of large economies for years to come.

The problem is the giant, stagnant pool of loans that companies and people around the world are struggling to pay back. Bad debts have been a drag on economic activity ever since the financial crisis of 2008, but in recent months, the threat posed by an overhang of bad loans appears to be rising. China is the biggest source of worry. Some analysts estimate that China’s troubled credit could exceed $5 trillion, a staggering number that is equivalent to half the size of the country’s annual economic output.

Official figures show that Chinese banks pulled back on their lending in December. If such trends persist, China’s economy, the second-largest in the world behind the United States’, may then slow even more than it has, further harming the many countries that have for years relied on China for their growth.

Elsewhere, bad loans are on the rise at Brazil’s biggest banks, as the country grapples with the effects of an enormous credit binge.

“If you have a boom and then a bust, you create economic losses,” said Alberto Gallo, head of global macro credit research at the Royal Bank of Scotland in London. “You can hope the losses one day turn into profits, but if they don’t, they are a drag on the economy.”

In good times, companies and people take on new loans, often at low interest rates, to buy goods and services. When economies slow, these debts become difficult to pay for many borrowers. And the bigger the boom, the more soured debt that is left behind for bankers and policy makers to deal with.


In theory, it makes sense for banks to swiftly recognize the losses embedded in bad loans — and then make up for those losses by raising fresh capital. The cleaned-up banks are more likely to start lending again — and thus play their part in fueling the recovery.

But in reality, this approach can be difficult to carry out. Recognizing losses on bad loans can mean pushing corporate borrowers into bankruptcy and households into foreclosure. Such disruption can send a chill through the economy, require unpopular taxpayer bailouts and have painful social consequences. And in some cases, the banks might find it extremely difficult to raise fresh capital in the markets.

Even so, the drawback of delaying the cleanup is that the banks remain wounded and reluctant to lend, damping any recovery that takes place. Japan, economists say, waited far too long after its credit boom of the 1980s to force its banks to recognize huge losses — and the economy suffered for years after as a result.

Now many banking experts are beginning to worry about China’s bad loans.

Fears that the country’s economy is slowing have weighed heavily on global markets in recent months because a weak China can drag down growth globally.

Many of these concerns focus on China’s banking industry. In recent years, banks and other financial companies in China issued a tidal wave of new loans and other credit products, many of which will not be paid back in full.

China’s financial sector will have loans and other financial assets of $30 trillion at the end of this year, up from $9 trillion seven years ago, said Charlene Chu, an analyst in Hong Kong for Autonomous Research.

“The world has never seen credit growth of this magnitude over a such short time,” she said in an email. “We believe it has directly or indirectly impacted nearly every asset price in the world, which is why the market is so jittery about the idea that credit problems in China could unravel.”

Headline figures for bad loans in China most likely do not capture the size of the problem, analysts say. In her analysis, Ms. Chu estimates that at the end of 2016, as much as 22 percent of the Chinese financial system’s loans and assets will be “nonperforming,” a banking industry term used to describe when a borrower has fallen behind on payments or is stressed in ways that make full repayment unlikely. In dollar terms, that works out to $6.6 trillion of troubled loans and assets.

“This estimate really isn’t that unreasonable,” Ms. Chu said in the email. “We’ve seen similar ratios in other countries. What’s different is the scale, which reflects the massive size of China’s credit boom.” She estimates that the bad loans could lead to $4.4 trillion of actual losses.

Although there is not enough official data to come up with a precise figure for bad loans, other analysts have come up with estimates of around $5 trillion.

Given the murkiness of the Chinese financial industry, other analysts arrive at estimates for a “baseline” figure for bad loans. Christopher Balding, an associate professor at the HSBC School of Business at Peking University, said that an analysis of corporations’ interest payments to Chinese banks suggested that 8 percent of loans to companies might be troubled. But Mr. Balding said it was possible that the bad loan number for China’s overall financial system could be higher.

The looming question for the global economy, however, is how China might deal with a vast pool of bad debts.

After a previous credit boom in the 1990s, the Chinese government provided financial support to help clean up the country’s banks. But the cost of similar interventions today could be dauntingly high given the size of the latest credit boom. And more immediately, rising bad debts could crimp lending to strong companies, undermining economic growth in the process.

“My sense is that the Chinese policy makers seem like a deer in the headlights,” Mr. Balding said. “They really don’t know what to do.”

In Europe, for instance, some countries have taken years to come to grips with their banks’ bad loans.

In some cases, the delay arose from a reluctance, at least in part, to force people out of their homes. Even though Ireland’s biggest banks suffered huge losses after the financial crisis, they held back from forcing many borrowers who had defaulted out of their homes. In recent years, the Irish government has pursued a widespread plan that aims to reduce the debt load of financially stressed homeowners. Such forbearance appears not to have weakened the Irish economy, which has recovered at a faster rate than those of other European countries.

Still, the perils of waiting too long are evident in Italy, which in January announced a proposal to help banks sell their bad loans. Some critics of the plan say it resembles a government bailout of the banks, while other skeptics say the banks might not use it because it appears to be too expensive.

“The big problem in the Italian system is that they acted very late,” said Silvia Merler, an affiliate fellow at Bruegel, a European research firm that focuses on economic issues. “They could have done something smarter — and they could have done it earlier.”
Posted by arclein at 12:00 AM