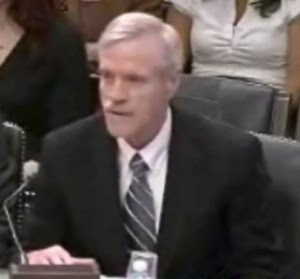 We do have data sources immune to manipulation by way of satellites.  They continue to show zero global warming as in no such thing.  Supposed sources saying otherwise have been manipulated to what is becoming absurd scandalous lengths.
Yet we are supposed to bow to the warmists as if they are sources of revealed truth.
The reality remains that while we are experiencing normal climate changes that are typically long cycle driven, there is zero net change.  Thus the whole global warming model is completely false and irredeemable.  CO2 is still rising for a while longer but its effect so far is zero and can not be slightly linked to the climate.

Something else.  Radical climate change does take place.  We need to know why.  It is just not happening right now.
.

In face of intense criticism from alarmist scientists, Dr. John Christy went to great lengths in a Tuesday congressional hearing to detail why satellite-derived temperatures are much more reliable indicators of warming than surface thermometers.

“That’s where the real mass of the climate system exists in terms of the atmosphere,” Christy, a climate scientist at the University of Alabama and Alabama’s state climatologist, said in a Wednesday hearing before the House science committee.

“When a theory contradicts the facts” you need to change the theory, Christy said. “The real world is not going along with rapid warming. The models need to go back to the drawing board.”

Christy doesn’t think signing onto a U.N. deal is good for Americans, and challenges the very data politicians and environmentalists rely on to push green energy policies.

The study found most of NOAA’s 1,218 thermometers were sited near artificial surfaces and heat sources like concrete, asphalt, and air conditioner exhausts that were causing more warming to show in the U.S. temperature record than was present at weather stations that were well-sited.

Christy and Watts surmised NOAA was basing its temperature adjustments (efforts made to get “biases” out of the temperature record) on bad data.

“I closely examined individual stations in different regions and have come to the conclusion that the magnitude of the relatively small signal we seek in human-induced climate change is easily convoluted by the growth of infrastructure around the thermometer stations and the variety of changes these stations undergo through time, as well as the variability of the natural ups and downs of climate,” Christy noted in his testimony.

“It is difficult to adjust for these contaminating factors to extract a pure dataset for greenhouse detection because often the non-climatic influence comes along very gradually just as is expected of the response to the enhanced greenhouse effect,” Christy added.

But that’s why Christy argues satellite-derived temperatures are a better way to look at how greenhouse gases are impacting the Earth’s climate.

“The bulk atmospheric temperature is where the signal is the largest,” Christy said in the hearing, referring to the greenhouse gas effect. “We have measurements for that — it doesn’t match up with the models.”

Satellite-derived temperatures have come under fire recently by scientists more alarmist about global warming than Christy, but the Alabama climatologist addressed those criticisms.

“Because this result challenges the current theory of greenhouse warming in relatively straightforward fashion, there have been several well-funded attacks on those of us who build and use such datasets and on the datasets themselves,” Christy said.

Climate models for the bulk atmosphere (where satellites measure temperature) show 2.5 times as much warming as has been observed by satellites and weather balloons.

“It is a bold strategy in my view to actively promote the output of theoretical climate models while attacking the multiple lines of evidence from observations,” Christy wrote. “Note that none of the observational datasets are perfect and continued scrutiny is healthy, but when multiple, independent groups generate the datasets and then when the results for two completely independent systems (balloons and satellites) agree closely with each other and disagree with the model output, one is left scratching one’s head at the decision to launch an offensive against the data.”