Northern Lights Take The Form Of A Phoenix Over Iceland! 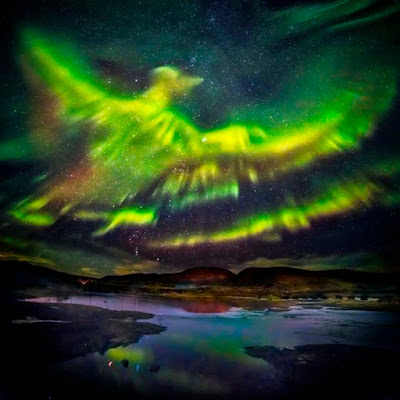 This is a wonderful shot to the northern lights.  Enjoy this and the extra one below.

SIGNS IN THE HEAVENS: Symbolic Weather Phenomenon - Northern Lights Take The Form Of A Phoenix Over Iceland!

February 26, 2016 - ICELAND - What do you reckon? Is this mesmerising image up there with the best recent pictures taken of the Northern Lights?

Shot in Iceland, it shows what looks like a huge phoenix with wings outstretched rising in to the night's sky.

It was captured by photographer Hallgrimur P. Helgason in Kaldársel, who said he had been shooting for an hour when the mythical creature appeared.

'It's really a thrill shooting the aurora, especially when they are so playful like they were that night,' said the 64-year-old. -


'I have to admit that I always get an adrenaline kick when the lights burst out like that - that particular shot was the top one of the night.'

Hallgrimur uses a camera and tripod to photograph the lights and advises snapping in the dark away from city light pollution and never using a flash.

He said that the Northern Lights were mainly showing in green and yellow colours when he was shooting that night but also sported red and blue suggesting that the aurora was strong. - Metro. - 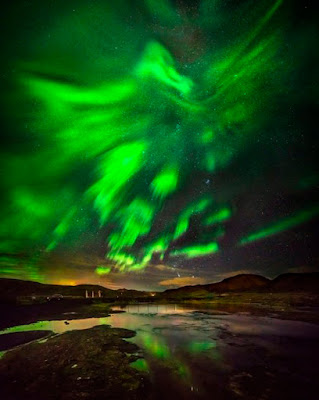