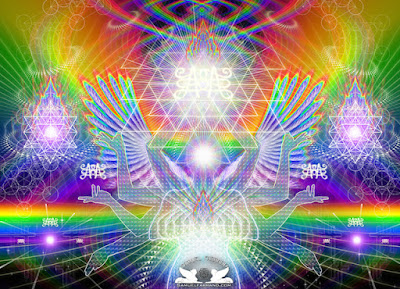 This list is somewhat new to me and well worth revisiting.  Way more important though is the unexpected observation that your response to the herb needs to evolve and includes meditation.  Sensitivity must almost be learned.  Who might have thought that?

This implies that much of herbal healing needs to be folded in with a program of spiritual practice that enhances the response.  A healer must also be a teacher.

This needs to be thought through in serious detail and carefully to create informed protocols.  It has been there all along but overlooked..

http://www.wakingtimes.com/2016/02/01/3-powerful-ancient-herbs-that-raise-consciousness-and-expand-awareness/
Everything that we put into our bodies has some effect on our consciousness and the functioning of our mind, from the air we breathe to the foods we eat to the liquids that we drink and everything in between. Even common foods like fruits, grains and vegetables have powerful effects on consciousness and the energies of the body and mind although few are sensitive enough to notice as it requires a deeper relationship and connection with oneself.

But with that being said there is a special class of herbs and foods that are generally stronger and more pronounced in their effects and have long-recorded histories as powerful influencers of consciousness, awareness and our physical and mental state. These herbs and foods are frequently classified as medicinal and, if they are strong enough, psychedelic in the great herbal and ancient medical traditions of the East and West. Although some of the latter may be quite extreme in their effects, that’s not to say they are any better than the mellower plants and foods, but simply different. Generally speaking, something consumed everyday over the course of a lifetime or a few months or years will have a more permanent effect on the body and mind than something consumed once in a blue moon.
In this article I’d like to cover a few of the most powerful, revered healing plants from around the world with a long history of use as consciousness raising and enhancing substances. Some of these will be suitable for everyday consumption and others for a handful of uses over the course of a lifetime. Either way, one thing is for sure: their use should not be taken lightly and if, for whatever reason, you notice no effects, then it is not because the plant has no effect, it is because you have not yet become sensitive enough to notice it.  Speaking from experience here, over a decade ago having first begun my journey into herbalism, I could not discern any noticeable effects from the vast majority of herbs I took—and this was not a quality issue, mind you. I have always had a knack for finding the most pure and potent sources. Rather, it was due to my underdeveloped sensitivity to the sometimes subtle effects of the plants and a general disconnect between my mind and body.

However, over the course of a decade filled with years of daily yoga, meditation, breathwork and Neigong practice, as well as occasional fasting and cleansing, and the overall purification of my diet and body, I have become extraordinarily sensitive to herbs and in fact all foods and liquids.  Those same medicines that I before believed to have little to no effect are like drugs to me now.

I would like to contact the Author of this article I know of another plant
that taken in very small doses can have you meditating like a zen monk in a very short period of time. I will not mention this plants name because everything written about it is wrong . I stumbled on how to use this plant by accident.
I would like to share how to do this with the author someone that can get this info out because this is a very simple method that can cause a mass consciousness shift for hundreds of people . Without mind altering madness and years of practice . Contact me at Razoo51@gmail.com Bill