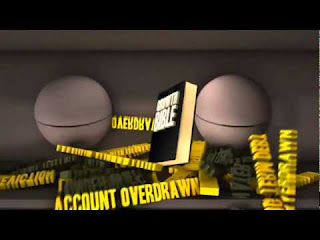 The rise of police powers is their response to their failure to police the unpoliciable.  Yet this has seriously encroached on indivdual freedom in tangible ways.  Worst is confiscation for drug trading.  Not a bad idea by itself, but it immediately gave the police departments an incentive to steal.


And no one is better at bending rules and guidelines.


That this has not made it any better is also painfuly obvious.  That demands ending the drug criminalization once and for all.
.

Why are we still debating economic freedom?

Debating why the economy is so sluggish is an American pastime. It fills the op-eds, burns up the blogosphere, consumes the TV pundits, and dominates the political debates.

It’s a hugely important question because many people are seriously frustrated about the problem. The recent popularity of political cranks and crazies from the left and right — backed by crowds embracing nativist and redistributionist nostrums — testify to that.

Sometimes it’s good to look at the big picture. The Economic Freedom of the World report does this with incredible expertise. If you believe in gathering data, and looking just at what the evidence shows and drawing conclusions, you will appreciate this report. It sticks to just what we know and what we can measure.   The editors of the report have been doing this since 1996, so the persistence of the appearance of cause and effect is undeniable.

The report seeks measures of five key indicators of economic freedom: security of property rights, soundness of money, size of government, freedom to trade globally, and the extent of regulation. All their measures are transparent and heavily scrutinized by experts on an ongoing basis. If you question how a certain measure was arrived at, you are free to do so. It’s all there, even the fantastically detailed data sets, free for the download.

The report examines 157 countries with data available for 100 countries back to 1980. A total of 42 distinct variables are used in the index.

The big takeaway from this report: freer economies vastly outperform unfree economies by every measure of wellbeing.

Life expectancy is 80.1 years in the top quarter as versus 63.1 in the bottom quarter.

It’s a beautiful thing how this report puts to rest of a century of ideological debates. Indeed, these results are not generated by political ideology. They are generated by facts on the ground, the real conditions of law, regulation, institutions, legislation, and policy.

The implications are screamingly obvious. If you want a country to grow richer, you have to embrace freedom in economic life. If you want to drive a country into poverty, there is a way: grow the government, destroy the money, shut down trade, and heavily regulate all production and consumption.

One leaves this report with the question: Why are we still debating this?

What about the United States?

Everyone knows that the US has a problem. Despite living through the greatest explosion of technology and communication in the history of the world, a transformation that should have set off a wonderful economic boom similar to what we saw in the 19th century, we’ve seen pathetic results in growth and household income.

A quick casual look shows what I mean. Here’s percent change in GDP from the end of World War II to the present.

From those two pictures alone, you can discern the source of voter frustration, and also the general atmosphere of angst.

People want to know why, and whom to blame. The Economic Freedom Index gives you a strong hint.
From 1970 to 2000, the United States was generally listed as the third freest economy in the world, behind only Singapore and Hong. Starting in 2000, the US began to slip. Over the period between 2000 and today, the summary position in the index slipped 0.9%. This doesn’t sound like much, but “a one-point decline in the EFW rating is associated with a reduction in the long-term growth of GDP of between 1.0 and 1.5 percentage points annually,” says the report, and this adds up, year after year.

Relative to other countries, listed most free to least free, the US has slipped from the number 3 spot all the way to number 16. Countries that are ahead of the US include Australia, Chile, Ireland, Canada, Jordan, Taiwan, New Zealand, Hong Kong, and Singapore.

And here is a fact that I found incredible: The former Soviet state of Georgia ranks at number 12. And can you guess which country is just behind the US at number 17? The formerly Communist nightmare of Romania. That Romania is only slightly less free than the United States is great progress for Romanians, but should be an embarrassment for Americans.

The fall in economic freedom in this country has been precipitous. The authors of the report further note that this decline is highly unusual. Most all countries in the world are getting freer, which accounts from the thrilling fall in global poverty.

But the US is going the opposite direction, fast: “Nowhere has the reversal of the rising trend in the economic freedom been more evident than in the United States.”

What in particular accounts for the largest portion of this slide? It’s about the security of property. The drug war, the bailouts, the rise of forced transfers to political elites, eminent domain, and asset forfeiture all contribute. There are other problems with regulation and taxation, but it is the lack of security in what we own that has been decisive. This is what kills investment, confidence in the future, and the ability to accumulate capital that is so essential to prosperity.

What’s strikes me when looking at all this data, and the crystal clear connections here, is the strange silence on the part of the opinion class. People are flailing around for answers. Where’s the growth? Who is stealing the future? Maybe it’s the immigrants, foreign nations, and the rise of inequality. Maybe technology is taking jobs. Maybe people are just lazy and incompetent.
Or maybe we should look at the data. It’s all about freedom.