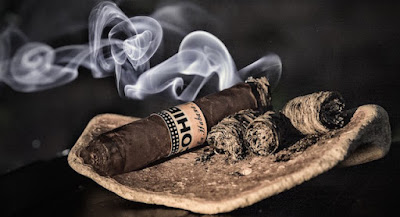 It is not stated here, but this vaccine should work with all other similar cancers.

At the same time, converting cancer generally into a chronic condition is a vast leap forward and plausibly allows the whole cancer industry to evolve into the same pattern we now have for AIDs.  A friend has presently has survived over fifteen years and will succumb to old age.  He had entered terminal decline when the cocktail approach emerged.  It really was a deathbed repreive.


In the meantime this drug needs to get into circulation as soon as possible.  The Drug Industry is also overdue for a major shakeup.  When almost anyone is able to produce working protocols, it becomes obvious that this is not what these folks are in business for.  They no longer serve a creditable purpose.

Most people would be quite surprised to learn that there is a vaccine for lung cancer, one which has been proven effective in over 25 years of intense research and several years of clinical use. So why is most of the world only learning about it now? The answer is complicated by back-room dealings in the dark recesses of government, and by the unhealthy influence that pharmaceutical companies have on the availability of life-saving medications.

Cuba has faced many public health issues over the last few decades, one of the gravest being related the country’s most famous export, tobacco. A rise in cases of lung cancer prompted this small nation to develop a drug called CimaVax EGF, which is now one of the most effective medications in existence to treat lung cancer.

The vaccine works by limiting a patient’s ability to produce a hormone called EGF. This hormone has been shown to play a pivotal role in cell division and the growth of malignant cells. As cancer is the result of cells dividing again and again to create tumours, the vaccine reduces this growth by halting EGF production, thereby stopping the tumor’s growth.

CimaVax EGF has been proven to work in at least two clinical trials in Cuba, and the results have shown that the vaccine improves survival rates in those who are suffering from the later, usually terminal, stages of lung cancer. It has been hypothesized that survival rates may increase further still if the vaccine is administered during earlier stages of the disease’s progression. It does not work in the same way most people think vaccines work, and is not preventative, but once a patient has lung cancer the drug turns a death sentence into a manageable chronic condition.

Furthermore, reported side-effects of the vaccine are mild, but nothing like painful and debilitating conventional treatments such as chemotherapy and radiation, which can kill the patient. Incredibly,the vaccine only costs $1 to produce, and Cuba has made it available for free to patients since 2011, despite the fact that the island nation is a much poorer country than the U.S. and the affluent West.

So, what’s the big issue, then, and why is this treatment not available elsewhere?

Profit and Medicine: A Terminal Combination

Recently, U.S. and Cuban relations have thawed somewhat and diplomatic avenues have been opened up between the two countries for the first time since the 1960’s. As part of this positive development, Cuba has offered the lung cancer vaccine to the U.S., and researchers at the Roswell Park Tumor Immunology and Immunotherapy Program have now started their own trials of the drug, yet it is finding fierce competition in the US marketplace.

The problem comes with the existence of two other potential drugs, BLP 25 and GVAX, which are both being developed as potential lung cancer treatments by the private companies, Ono Pharmaceutical and Aduro Biotech, respectively. Both medications have been in the research and trial phase since the 1990’s and have most likely accumulated hundreds of millions of dollars in development costs. The prospect of being undermined by a low-cost alternative generally doesn’t sit well with pharmaceutical manufacturers.

More importantly, pharmaceutical companies are now doing everything they can to increase drug prices, exponentially, it seems. The public was recently outraged when an ex-hedge fund manager bought the rights to the AIDS treatment drug, Daraprim, and raised the price from $13 to over $700 a dose.

And what is the number one reason given by drug companies for price increases? – Clinical trials and research, of course.

CimaVax EGF has been available for just $1 per treatment, but now, as larger pharmaceutical companies get their hands on the drug for research, it is being pushed into clinical purgatory. It may become available after it has been artificially kept from the public for years, but, it will certainly then be released at an extortionate price so that pharmaceutical companies can make as large a profit as possible.

No End to the Epidemic

There has been growing focus on the stranglehold pharmaceutical companies have on new treatments seeing the light of day. It’s analogous to what the oil companies do – buy up new technologies and then bury them until the largest profit can be had.

In the U.S. alone, over 200,000 people are diagnosed each year, with 150,000 sufferers dying annually from lung cancer, so it would seem like common sense for modern medicine to throw everything at it. We can only hope that as more people become more educated on the deceitful practices of big-pharma and continue to pressure them to change their practices.
Posted by arclein at 12:00 AM