Pediatrician Admits ADHD is ‘Made Up,’ Prescribes Meds Anyway 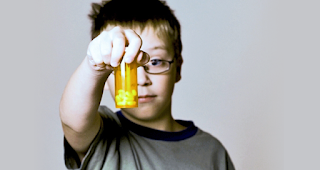 Over and over again, it comes back to the food and sugar as your enemy.  Get off it and stay off it. There are other culprits as well but are typically not as commonly used.

There is zero excuse for trashy nutrition ever and it is wrong that good nutrition is not properly mandated and as well absolutely not by Kraft.  That has seen our whole regulatory regime hijacked by profiteers.

It is obvious and no one does a thing.

Pediatrician Admits ADHD is ‘Made Up,’ Prescribes Meds Anyway

Jon Rappoport exposed in 2012 a shameful practice of psychiatrists in the name of ‘social justice.’ With the guise of improving academic achievement, doctors like Dr. Michael Anderson are prescribing drugs like Adderall to children with self-admitted, ‘made-up’ ADHD diagnoses.

Adderall is a dangerous stimulant, but Dr. Anderson, a pediatrician for many poor families in Cherokee County, north of Atlanta, prescribes Adderall whether his patients have attention deficit hyperactivity disorder or not when he hears they are suffering in school. He admits the disorder is ‘made up’ and prescribes the drugs anyhow, but usually only to children in low income schools with the explanation that they need to be drugged to keep up with children who perform better academically.

“ADD and ADHD are the result of neurotransmitter and neuroendocrine imbalances. The four main imbalances include high norepineprine and cortisol, dopamine dysfunction, serotonin deficiency, and insulin irregularity. Each of these imbalances are rooted in nutritional deficiencies that with correction, improve symptoms of hyperactivity and inattention. Food allergies and intolerances also contribute to malabsorption of nutrients.”

One of the easiest, and safest ways to correct ADHD behaviors, whether the disorder was ‘made up’ or not, is to correct nutritional deficiencies. School lunches, especially in poor neighborhoods, are especially suspect when it comes to providing proper nutrition. You can see pictures of the slop we are serving our kids,here. Is it any wonder they can’t concentrate or sit still in a classroom?

More than 90% of children aged 4 to 18 don’t meet recommendations for vegetable intake, and more than 75% don’t meet guidelines for fruit intake. Moreover, more than 90% of children consume more than the recommended amounts of solid fats and added sugars. We have Coke machines in school cafeterias, yet we areprescribing Adderall? A drug that is used to treat narcolepsy? A drug that contains not one but two stimulants: amphetamine and dextroamphetamine?

Dr. Anderson is sorely mistaken in his judgment, and likely makes a significant bonus for prescribing this drug from its maker, Shire, who recently had to pay $56.5 million for claiming it could ‘normalize’ children with ADHD. If your child has been prescribed this drug so he can cope academically in school, I urge you to look instead to supplementing his or her diet with good nutritive foods.
Posted by arclein at 12:00 AM