Vladimir Putin – Agent of the Awakening? 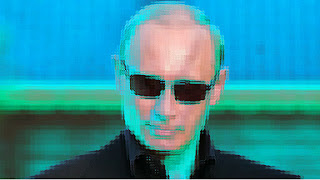 I would like to distrust Putin and i also suspect that i would be wrong.  I do not distrust Trump.  After saying all that, these will be the two strong men leading our world over the next decade.  Both face a major confrontation with the so called elites.  Both have a clear grasp of what is at stake..  Treason is wonderful and profitable.

They also need to collaborate to end Global poverty now.   Everything else is noise.

If the weak middle class income is set at X, then it is reasonable to set the lower third at zero X.  Raining on this is the surplus from the top third earning three X on average.  It is clear that adding the bottom third at one X will expand the total from four X to five X.  In actuality the structure will shift to a situation in which the top third will attract four X while the middle third and the lower third will attract two X for a total of six X.

My key point is that the top third will become stronger and more secure if the bottom two thirds are pulling a sound base income.  The structural details needs a lot of work.  After all we today have a safety net and homeless which makes no sense except structural failure.

Mostly this has been a failure of imagination and the deleterious effects of rent seeking in government. It is solvable and easily solvable..

Well, well, well, aren’t we seeing a massive turnaround of late. Putin was so sharp, calm and truthful at the UN and other recent speeches and interviews compared to the same old Amerikan false bravado diatribe it was like having a clean shower after swimming through a cesspool.

And the whole free world feels the same.

What I admire about him is his cool demeanor and very artful tact in how he approaches massively sensitive subjects. He has to cloak it in “diplomati-speak” of course to reach the type of audience within those bound up layers of communication, but he does it masterfully. You don’t sense the BS factor and full on propagandized deception you get from the Obamaramadingdong script reading puppet.

I know the whirled stage is just that, but nothing’s written in stone and there are always “free floating radicals”. Whatever engineered plans are afoot, there’s always plenty of room for error in their programming – as well as their assumption that the rest of the world will automatically buy into it as they imperiously assume.

It reminds me of the Donald Trump phenomenon. At first people thought he’d fizzle and pop and we’d be back to the same old cardboard corporate cut out options in the US theater of absurdity . But now he’s got so much traction, again due to his fresh honesty vs the bullshit factor of mainstream sewage, that the big boys are trying desperately to co-opt the wild Trump card, controlled opposition being their tactic of choice as we know. Now you can watch them scramble to contribute to his popularity – but rest assured they’re busy trying to bore their evil, poisonous beaks into their new would-be host if they can.

The Worm Has Turned

I’m not under any illusion that most of what we are witnessing on a daily basis isn’t massively manipulated. However, humanity is awakening and we cannot limit it in any way, shape or form in how it manifests. The “powers that shouldn’t be” have been imploding for some time while stepping up this almost comical show of force in all forms.

The following presentations are extremely powerful if you listen closely to the tone, clarity and sense of moral authority very rarely seen on the world stage.

The game has shifted, the worm has turned.

The first video is previous to the recent UN speech, which follows, but I found it profoundly honest and truthful, as well as tactful and giving room for those he’s addressing to come to an understanding of the error of their ways. It so elevated my understanding of how blatantly obvious the western axis of evil has become in the eyes of so many, yet they too lack the clarion call to point out the emperor has no clothes. – and all his puppet soldiers are simply paid-for mercenaries.

Finally, a brilliant analysis of the overall situation and American psychopathy.

Our Power to Co-create Reality

This is a major shift I think we can take great encouragement in. As we know, it takes a type of critical mass to move society to look honestly at what is going on and adopt a new paradigm on a major scale. When a major world figures calls out this courageously the abject wrongness of the reality that the masses are being told is necessary and it must adhere to, and in such calm yet bold and action-reinforced clarity, it speaks volumes and sends a very strong signal.

Waking up, at all levels, usually involves startling revelations of truth, very often ones already right in front of our faces, yet we were virtually hypnotized to not understand but rather accept as our inevitable fate in some form.

This man, however you may perceive this whole world stage, is causing just that type of mass awakening. And acting on it. Even now they’ve warned Americans to get out of Syria as they launch very real retaliations on this hoard of western hired mercenaries threatening the dear people of Syria and the entire region.

No doubt the rabid west and Israel and their proxy states will step up their desperate, hysterical and genocidal attacks to confuse the issue, and try to provoke a greater confrontation. As their dying beast writhes in the throes of exposure to the light of truth and public awareness, the forces of darkness will make their move.

It’s inevitable to some extent, sorry to say. They’re psychopaths.

Let’s hope the global awakening can stir the world to take appropriate action in every form possible to stay the situation and bypass this pre-planned insanity potentially leading to a major confrontation, the WW3 scenario that is apparently in their agenda.

It seems earth’s inhabitants are being given a chance to help avoid this.

It’s Up To Each of Us

But never let your guard down. We know who and what are waiting in the wings to fill any and every vacuum created by engineered or unplanned changes. That’s their M.O.

However, an awakened populace will not go back to sleep. Remember, anything and everything is possible. These recent major turns of events may just cause such an uprising in consciousness at very high levels as well as throughout society that could cause a major shift to happen.

It’s up to us. Blindly following the trend du jour is what has led to humanity’s captivity. Let’s all lead by living our lives in full on awareness, in loving intention with steeled determination, and getting the truth out there.

ZenGardner.com
Posted by arclein at 12:00 AM