The Machine Resists Reform to the Death” 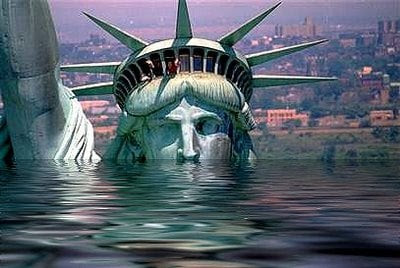 I do not entirely agree with the implied prognosis but actually think that it can be changed for the better.  However it is a hierarchical system that works to produce apparent power at the top, whatever that is meant to mean.

What it produces instead is a blanket of inertia that impedes productivity.  Thus the solution must rethink productivity and all rewards need to be tailored accordingly.  Put all that in motion and desired results are easily accomplished.

Remember that the military solved this problem long ago..

The System Can’t Be Fixed, Only Crashed: “The Machine Resists Reform to the Death”

This article was written by Charles Hugh Smith and originally published on his Of Two Minds blog.

Editor’s Comment: We’re locked into a long term struggle with the collective system that has swallowed up our once free country. Though many efforts to “improve,” “fix” or “reform” the flaws of this system are often well-meaning and decent efforts, the inherent criminality of the State – which only usurps power for the sake of more power and control – makes it so that true reform is impossible. The many points of corruption are tied to an underlying nervous system of tyranny that refuses to give an inch in the only direction, and uses the rest of the system to protect the whole.

Though our free speech rights to protest and redress the government for grievances is important to stand up for, the system is incapable of responding to this from the ground up.

Like so many great movie monsters, the Deep State must instead topple by its own weight. Pressure on its many fractures may well give, and cause the whole system to implode. If so, we should all take a big step backwards to avoid the destruction, and then take a good long moment to reflect before starting the whole thing again.

The great irony is what’s unsustainable melts into thin air no matter how many people want it to keep going.

Disagreement is part of discourse, and pursuing differing views of the best way forward is the heart of democracy. Disagreement is abundant, democracy is scarce, despite claims to the contrary.
If you think you can surgically extract Empire from the American System, force the State to serve the working/middle classes, end the stripmining of financialization, limit crony capitalism/regulatory capture and get Big Money out of politics–go ahead and do so. I’m not standing in your way–go for it.

But while you pursue your good governance, populist, Left/ Right /Socialist/ Libertarian, etc. reforms, please understand the system is indivisible: the Deep State, the Imperial Project (hegemony and power projection), the State, finance in all its tenacled control mechanisms (greetings, debt-serfs and student-loan-serfs), crony capitalism /regulatory capture, money buying political influence, media propaganda passing as “news”, and the evisceration of democracy (something untoward could happen if the serfs could overthrow the Power Elite at the ballot box–can’t let that happen)–it’s all one system.

Should any one organ be ripped from the body, the entire body dies. The entire system defends each subsystem as integral as a matter of survival. As a result, the naive notion that big money can be excised with only positive consequences is false: restoring democracy places the entire system at risk of implosion.'

No more bread and circuses, no more Social Security checks, no more state employee pensions–it all melts into air if any subsystem stops doing its job.

The system is interdependent. Each subsystem needs the others to function. I drew up a chart of the major components (but by no means all) of the system:

The system is a machine in which each gear serves the whole. So go ahead and try to “reform” the system by extracting whatever gear you don’t approve of: the Deep State components, the Security State organs, the Federal Reserve, cartels/monopolies enforced by the State, the suppression of democracy, crony capitalism, whatever.

So go ahead and reform to your heart’s content. Go ahead and believe the system is reformable, if it makes you feel better. Vote for Bernie or The Donald or whomever. Go ahead and disagree with me. Prove me wrong. Prove the State really, really, really wants to serve the working/middle class rather than the Empire that it is. Pursue your Left/ Right/ Socialist/ Libertarian fantasies of righting the Imperial Project by ripping the gears out of the very center of the machine.

It doesn’t work that way. We can’t remove the gears we find distasteful. Either the machine grinds on and we get our share of the swag–bread and circuses, corporate welfare, State jobs and pensions, Medicaid and Medicare, and all the rest of the immense swag of hegemony and the Imperial Project–or the system implodes and all the swag melts into air.

The great irony is what’s unsustainable melts into thin air no matter how many people want it to keep going.

But go ahead and disagree. It’s your right, by golly. Go ahead and try to “reform” the system and see how far you get.
Posted by arclein at 12:00 AM