Pope Francis to Find a Church in Upheaval 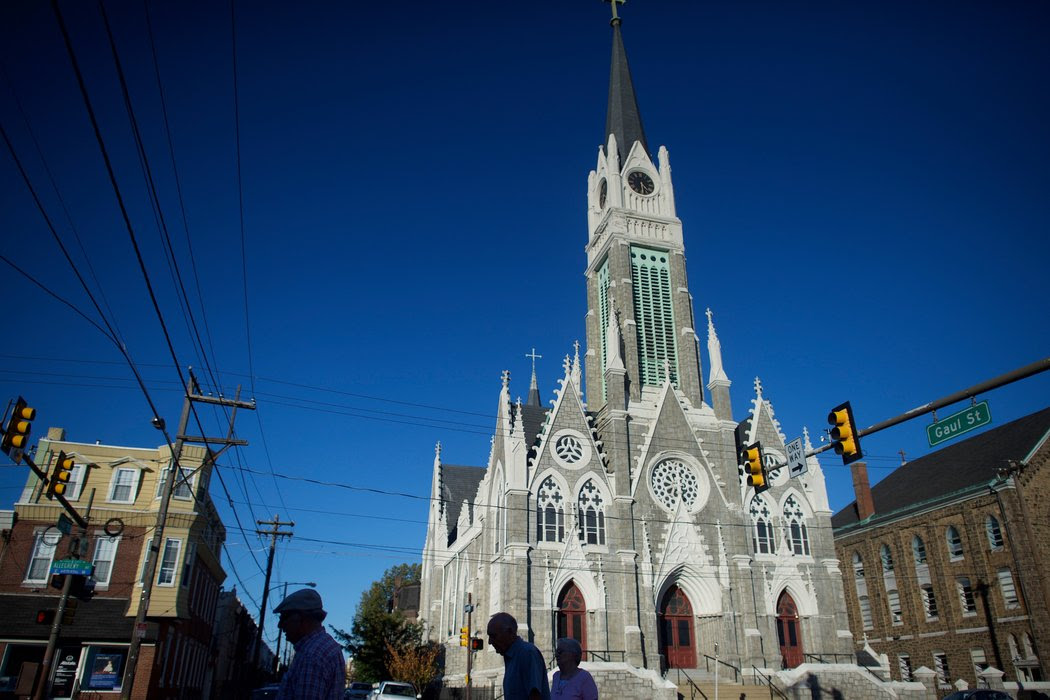 I do think that the Catholic Church will soon reinvent itself to respond the the changing global landscape and this means a full restoration of its global congregation including Europe.  The dalliance with so called secularism is abating and true spiritualism is emerging and the Catholic Church is well suited to provide it.

This may seem optimistic to most, but I know that it is not impossible at all.  In fact it is fair that a serious critical mass is emerging and added to the fact that the Church has also cleansed itself, a little spiritual innovation will go a long way.

Do Remember that all great movements always advance in the face of a wall of negative and ignorant opinion..

Pope Francis to Find  a Church in Upheaval

Some U.S. churches are bursting with immigrant parishioners, while others struggle to stay open.

MERCED, Calif. — More than 5,000 parishioners packed the pews, the choir loft and the vestibule on a recent weekend at Sacred Heart Church here in California’s Central Valley for five Masses — four of them in Spanish. Young Hispanic families spilled outside onto the steps, straining to hear the homily over the roar of an elevated freeway across the street.

Across the country in Philadelphia, there is only one weekend Mass now at Our Lady Help of Christians, a church built by and for German immigrants in 1898. The clock in its tower has stopped. The parochial school next door is closed. Only 53 worshipers, most of them with white hair, gathered for Mass on a recent Sunday in the soaring Gothic sanctuary.

The Roman Catholic Church that Pope Francis will encounter on his first visit to the United States is being buffeted by immense change, and it is struggling — with integrating a new generation of immigrants, with conflicts over buildings and resources, with recruiting priests and with retaining congregants. The denomination is still the largest in the United States, but its power base is shifting.

On the East Coast and in the Midwest, bishops are closing or merging parishes and shuttering parochial schools built on the dimes and sweat of generations of European immigrants. In many parishes, worshipers are sparse, funerals outnumber baptisms, and Sunday collections are not enough to maintain even beloved houses of worship.

In the West and the South, and in some other unexpected pockets all over the country, the church is bursting at the seams with immigrants, mostly from Mexico and Latin America, but also from Asia and Africa. Hispanic parents put their children on waiting lists for religious education classes and crowd into makeshift worship spaces, but avoid predominantly Anglo parishes because they do not always feel welcome there.

“The ethnic face of the church is changing, and the center of gravity and influence in the church is shifting from the East to the West, and from the North to the South,” Archbishop José H. Gómez of Los Angeles said.

He added: “Pope Francis knows all of this. He knows the face of the church is changing, he knows the country’s Hispanic Catholic heritage, and he knows how important Hispanics are for the future of the church.”

The difficulties go beyond demographics.

The Catholic Church has lost members of all ages who say they have been alienated by the sexual abuse scandals, the exclusion of women and married men from the priesthood, the rejection of gay relationships and birth control, and the denial of communion to Catholics who have divorced and remarried without an annulment.
Where two decades ago, about one of every four Americans identified as Catholic, today it is about one of every five, part of a broader trend toward secularization. If ex-Catholics formed a church of their own, it would be the nation’s second largest, outranked by only the Catholic Church itself.

The challenge confronting Pope Francis this week as he visits Washington, New York and Philadelphia — where he will give most of his addresses in Spanish — is how to reach these many faces of American Catholicism: the fervent and the fallen-away; the liberals and the traditionalists; the anxious, shrinking white working-class churches in some areas, and underserved largely immigrant churches in others.

Francis is in many ways the right man for the moment. He is the first pope from Latin America. He is a son of immigrants who carried their faith with them from Italy to Argentina — a living bridge between the old immigrant church and the new.

And though Francis chose to visit the church’s declining East, he is in many ways addressing Hispanics in the West — the church’s future, and the nation’s — at a time when immigration and the change it brings are very live issues.

Two and a half years into his papacy, Francis is already much beloved. A new poll by The New York Times and CBS News shows that Francis is arriving in the United States on a wave of good will among American Catholics: 63 percent of those polled had a favorable opinion of him, far above the 43 percent peak for his predecessor, the retired Benedict XVI, and nearly in line with the high mark for John Paul II in 2002, when 69 percent of Catholics said they viewed him favorably.

The faithful formed two long lines inside Sacred Heart Church on a Friday afternoon last month, some waiting as long as two and a half hours to step into the confessional where they whispered their sins through the blue curtain to the Rev. Jesús Reynaga — the lone pastor in this humble parish.
It is like this every Friday at Sacred Heart.
Posted by arclein at 12:00 AM