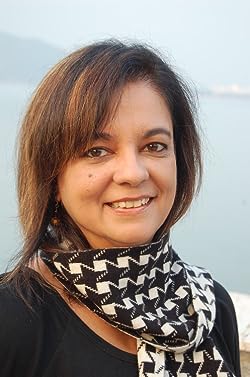 The startling idea that needs to be addressed and applied is that through even a meditative state it is possible to instruct your body to heal itself.  That is obviously powerful and properly mastered allows all disease to be eliminated.

Unexpectedly, it is reported that the disease is operative first at the so called energy level which must be meant at the astral level and that this implies that it is a mere decision to be healthy.  This all ties together a whole slew of real world evidence into a coherent whole that is extremely robust.  The Witch doctors and shamans are really onto something when they noisily demonstrate to your astral body to change its intention.

I hardly believe that i am really writing all this, but this is a compelling report that is extremely direct in its explanation.

It has become clear that the gates between the afterlife and the physical are seriously opening up to produce an army of informed witnesses.  Few will be untouched and healing will become a mind to mind meditation between the healer and the patient.  I suspect that i am been groomed to provide that service.

Media – Doctors had given Anita Moorjani just hours to live when she arrived at the hospital in a coma on the morning of February 2nd, 2006. Unable to move as a result of the cancer that had ravaged her body for almost four years, Anita entered another dimension, where she experienced great clarity and understanding of her life and purpose here on earth. Read the full original description of Anita’s near-death experience here.

Anita was given a choice of whether to return to life or not, and chose to return to life when she realized that “heaven” is a state and not a place. This subsequently resulted in a remarkable and complete recovery of her health.

The Day I Crossed Over

“I had end stage cancer (Hodgkin’s Lymphoma), and was being cared for at home. I was connected to an oxygen tank, and had a full time nurse. But on this morning, February 2nd 2006, I did not wake up.”

I had fallen into a coma. My husband called my doctor who said I needed to be rushed to hospital. The senior oncologist looked at me and told my husband that it was now the end, and that my organs were now shutting down. I would probably not make it beyond the next 36 hours. However, the oncologist said he would do whatever he could but prepared my husband that I would most likely not make it, as my organs were no longer functioning. They determined this because my body started to swell up, and I had open skin lesions. They started me on a cocktail of medication on a drip, and poked me with tubes and pipes for nourishment, drugs and oxygen.

I thought that I was drifting in and out of consciousness during this time, because I was aware of everything that was going on around me. But it was confirmed to me later by my family and the doctors that I was in a coma the whole time. I saw and heard the conversations between my husband and the doctors taking place outside my room, about 40 feet away down a hallway. I was later able to verify this conversation to my shocked husband. Then I actually “crossed over” to another dimension, where I was engulfed in a total feeling of love. I also experienced extreme clarity of why I had the cancer, why I had come into this life in the first place, what role everyone in my family played in my life in the grand scheme of things, and generally how life works. The clarity and understanding I obtained in this state is almost indescribable. Words seem to limit the experience – I was at a place where I understood how much more there is than what we are able to conceive in our 3-dimensional world. I realized what a gift life was, and that I was surrounded by loving spiritual beings, who were always around me even when I did not know it.

The Gift of Life

The amount of love I felt was overwhelming, and from this perspective, I knew how powerful I am, and saw the amazing possibilities we as humans are capable of achieving during a physical life. I found out that my purpose now would be to live “heaven on earth” using this new understanding, and also to share this knowledge with other people. However I had the choice of whether to come back into life, or go towards death. I was made to understand that it was not my time, but I always had the choice, and if I chose death, I would not be experiencing a lot of the gifts that the rest of my life still held in store. At first, I did not want to come back, because my body was very sick, and I did not want to come back into this body as the organs had already stopped functioning and I had all these open skin lesions. But it seemed that almost immediately, I became aware that if I chose life, my body would heal very quickly. I would see a difference in not months or weeks, but days!

I then started to understand how illnesses start on an energetic level before they become physical. If I chose to go into life, the cancer would be gone from my energy, and my physical body would catch up very quickly. I then understood that when people have medical treatments for illnesses, it rids the illness only from their body but not from their energy so the illness returns. I realized if I went back, it would be with a very healthy energy. Then the physical body would catch up to the energetic conditions very quickly and permanently. I seemed to become aware that this applies to anything, not only illnesses – physical conditions, psychological conditions, etc. I became aware that everything going on in our lives was dependent on this energy around us, created by us. Nothing was real – we created our surroundings, our conditions, etc. depending where this “energy” was. The clarity I felt around how we get what we do was phenomenal! It’s all about where we are energetically. I somehow knew that I was going to see “proof” of this first hand if I returned back to my body.

It felt as though I was drifting in and out between the two worlds, this physical world and the other side, but every time I drifted into the “other side”, I seemed to go deeper and experienced more “scenes”. There was one where I saw how my life had touched all the people in it – it was sort of like a tapestry and I saw how I affected everyone’s lives around me. There was another scene where I saw my brother on a plane, having heard the news I was dying, coming to see me (this was verified to me as when I started to come round, my brother was there, having just got off a plane). I then saw a glimpse of my brother and me and somehow seemed to understand it was a previous life, where I was much older than him and was like a mother to him (in this life, he is older than me). I saw in that life I was very protective towards him. I suddenly became aware he was on the plane to come and see me, and felt “I can’t do this to him – can’t let him come and see me dead”. Then I also saw how my husband’s purpose was linked to mine, and how we had decided to come and experience this life together. If I went, he would probably follow soon after.

The Power of Choice

In addition, I seemed to understand that, as tests had been taken for my organ functions (and the results were not out yet), that if I chose life, the results would show that my organs were functioning normally. If I chose death, the results would show organ failure as the cause of death, due to cancer. I was able to change the outcome of the tests by my choice! I made my choice, and as I started to wake up (in a very confused state, as I could not at that time tell which side of the veil I was on), the doctors came rushing into the room with big smiles on their faces saying to my family…


Good news – we got the results and her organs are functioning – we can’t believe it!! Her body really did seem like it had shut down!”

After that, I began to recover rapidly. The doctors had been waiting for me to become stable before doing a lymph node biopsy to track the type of cancer cells, and they could not even find a lymph node big enough to suggest cancer (upon entering the hospital my body was filled with swollen lymph nodes and tumors the size of lemons, from the base of my skull all the way to my lower abdomen). They did a bone marrow biopsy, again to find the cancer activity so they could adjust the chemotherapy according to the disease, and there wasn’t any in the bone marrow. The doctors were very confused, but put it down to me suddenly responding to the chemo. Because they themselves were unable to understand what was going on, they made me undergo test after test, all of which I passed with flying colors, and clearing every test empowered me even more! I had a full body scan, and because they could not find anything, they made the radiologist repeat it again!!!! Because of my experience, I am now sharing with everyone I know that miracles are possible in your life every day. After what I have seen, I realize that absolutely anything is possible, and that we did not come here to suffer. Life is supposed to be great, and we are very, very loved. The way I look at life has changed dramatically, and I am so glad to have been given a second chance to experience “heaven on earth”.