What led America to Becoming a World Power? 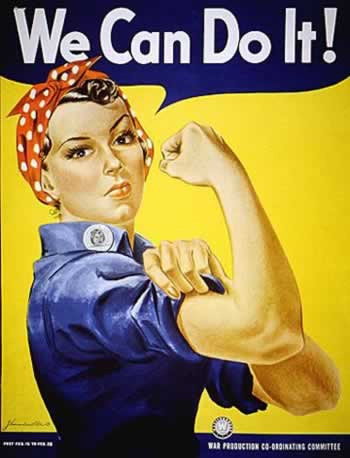 The massive lesson was that industrial war is an awfully bad idea and hugely uneconomic.  It turns out that dashing of to shoot up sand or jungle is now just as terrible.  After all, any business which consists of dropping thousands of dollars on someone is sure to eventually fail.  That is today's definition of war.


The Europeans had to learn that lesson and the USA keeps forgetting it.

As this delightful item makes so clear, that is exactly why the USA emerged as the only true super power.  Everyone else destroyed their own treasure to pay for destroying someone else's treasure.  A true race to the bottom.

Robin Daverman, International Traveler
What were the key developments that led America to becoming a world power? Who were the key players?

This is a really good question! The most significant development that catapulted America to world hegemon is - throw away everything you've learned from the media - that Europe, the previous world powers, woke up one day and decided to commit collective suicide in a particularly gruesome way.

The Europeans started WWI for literally no good reason. They gave their gold to the US in exchange for guns and bullets, and used them to kill each other in massive numbers. Since all able-bodied men went to fight, pretty quickly they were out of food, clothes, utensils, everything, so they turned to the US to buy these stuff. Half way through it, they were out of money, so they borrowed from the Americans to buy more guns and bullets to keep killing each other in massive numbers. The US issued them a credit card, and kept tabs on the running total.

But then there was a problem with the peace afterwards. Britain and France were broke. They owed an arm and a leg to the US. They had no money. The way to get money is to squeeze the Germans for huge reparation. Germany had no money either. So they borrowed from - the US - to pay the reparation and get back on their feet! So now the US wanted better terms for Germany to make them more credit-worthy, but refused to relent on the debt owed by Britain and France. So the end result was that Germany got a huge infusion of cash, while Britain and France couldn't collect from Germany, but still had to pay the Americans. This contributed to post-war Germany developing faster than Britain and France. The loser of the war got a better deal than the winners from the biggest financier of them all.

Apparently committing suicide one time was not enough for the Europeans. They had to go do it again, and in an even more devastating way. You have to understand, these World Wars are vastly different from the previous European Wars. Previously, the Euopean wars were pretty much "fight some, holler some, go tend your crop some. Have you had enough? OK let's make peace" kind of war. People fight in open space, avoiding cities. The farmers, towns people, roads, bridges, water and sewage were left alone. The diplomatic channels were open throughout the conflict so negotiations were running in parallel. People fight only in certain seasons, then go home for the holidays. Even in siege warfare, most of the time the invading army tried to starve the residents out, execute the ringleaders, and leave the rest well alone. But in the world wars, and especially in WWII, the cities, the population, and the infrastructure themselves were targeted and destroyed. The devastation was enormously greater.

And yet, the European political leaders decided to go at it again, after a short 20 years. And this time, Japan threw herself into it as well. It was a classic example of how people lived through something and learned nothing, because they all believed in their own propaganda BS and learned the wrong lesson. The Brit and the French said, it's all the German's fault. The Germans said, it's all the Brits and the French's fault. The Japanese said, well I can fight as well as the rest of them. Why am I still sitting below the salt? And nobody said, Gee gosh, both the winners and the losers of the previous war ended up losing big time. So maybe we should figure out a way not to fight again? This is when the example of the "loser" developing better than the "winners" staring at their faces in broad daylight...

Anyway, off they go. Once again the US supplied the war material, kept a running tab on the IOUs, and later went in and tipped the balance to victory for her main customers. The result was that after the war, the US accounted for 36% of the total world's GDP. Long story short, take Britain as an example of the "winner". They had to pay their war debts to the US until 2006. They spent 60 years paying their war debt. And Germany is a greater economy today than Britain, and the recognized "leader of Europe". That's what "winning" looks like. President Wilson famously said that he preferred "peace without victory". He was probably the only smart one among the bunch of them.

The Real Story of How America Became an Economic Superpower

Money and Power: America and Europe in the 20th Century

The real story is that the loss of the European power through sheer stupidity was breathtaking. Before the war, Europe collectively, in additional to their homeland, controlled the whole Africa, the entire Middle East, half of Asia, and at least half of South America. If they had managed to treat each other as "friendly rivals" instead of "evil enemies", the world would have been a totally different place today. What if the Europeans had this EU idea a mere 20 years earlier?

Military victory is often a simultaneous economic and political defeat.
Posted by arclein at 12:00 AM