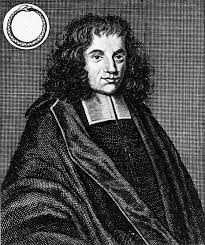 Oddly, Baruch led the life of a completely independent scholar and that included eschewing almost any financial support.  Not particularly practical although he scronged a living making lenses which is not too bad for the time and place.
I am beginning to appreciate just how flawed all forms of theology was  then and just what his enterprise was all about.  He set about to formulate a philosophy of rational thought to allow even the idea of GOD to be better contemplated..
Yesua was a jewish missionary and Paul was an inheritor of then failing Greek philosophical ideas and the MEME of the mystery religions.  all this merged under the ROMAN project of creating a unified ROMAN identity and all this became Christianity.
SPINOZA relaunched the CHRISTIAN philosophical project and this has nicely churned up over the past four centuries.

Note: There is an enormous body of literature on Spinoza in many languages, especially French, Italian, Dutch and German. This is a highly selective list of books in English that are especially helpful for the study of Spinoza’s philosophy in general, as well as for learning more about particular dimensions of his thought. There is also the irregularly published series Studia Spinozana, each volume of which contains essays by scholars devoted to a particular theme.