Watch the Building of the Eiffel Tower in Timelapse Animation 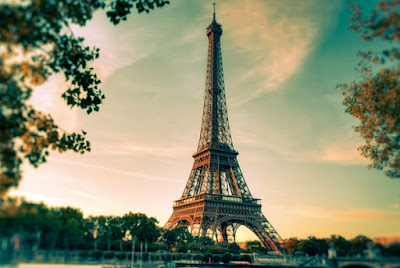 What makes all this interesting is that the tower is a work of art.  Our civilization has always been adverse to building municipal art and cost is always the key issue.  Yet this tower demonstrates precisely just why it has huge economic value when done.  All by itself, it put Paris in a class all by itself and has driven tourist traffic in the same way that the pyramids do.
Tall buildings do not quite do it although we see ample attempts.  Art work is far better.
We truly neecd more artistic ambition.  What I do know is that private money will support all this.
This work was privately funded for the city of vancouver when it was obvious that it had full public support.  Who would have thought. 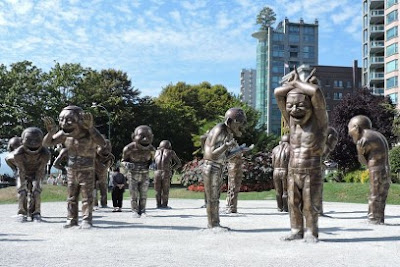 Watch the Building of the Eiffel Tower in Timelapse Animation
in Architecture | May 21st, 2021
https://www.openculture.com/2021/05/watch-the-building-of-the-eiffel-tower-in-timelapse-animation.html?
“They didn’t want it but he built it anyway” — The Pixies, “Alec Eiffel”
When the Eiffel Tower — gateway to the Paris World’s Fair and centennial marker of the Revolution — was first designed and built, it was far from beloved. Its creator, Alexandre Gustave Eiffel, an engineer known for building bridges, faced widespread condemnation, both from the city’s creative class and in the popular press. French writer Guy de Maupassant summed up the prevailing sentiment when he called Eiffel “a boilermaker with delusions of grandeur.”
Before construction began, Maupaussant joined a commission of 300 artists, architects, and prominent citizens who opposed in a letter what they imagined as “a giddy, ridiculous tower dominating Paris like a gigantic black smokestack…. [A]ll of our humiliated monuments will disappear in this ghastly dream.” One critic wrote of it as a “hideous column with railings, this infundibuliform chicken wire, glory to the wire and the slab, arrow of Notre-Dame of bric-a-brac….”
To these objections, Eiffel cooly replied it made no sense to judge a building solely from its plans. He also repeated his promise: the tower, he said, would symbolize “not only the art of the modern engineer, but also the century of industry and science in which we are living.” His “unapologetically industrial language,” writes Architizer, “did not please all.” But Eiffel did not boast in vain. When completed, the tower stood almost twice as high as the Washington Monument, then the tallest building in the world at 555 feet.
Not only extremely tall for its time, the Eiffel Tower was also very intricate. It would be made of 18,000 wrought iron pieces held together with 2.5 million rivets, with four curved iron piers connected by a lattice of girders. After careful calculations, the tower’s curves were designed to offer the maximum amount of efficient wind resistance.
In the video just above, you can see the tower’s incredible construction from August 1887 to March 1889, modeled in an animated timelapse animation. Its design has far outlasted its originally short lifespan. Slated to be torn down after 20 years, the tower stands as tall as ever, though it’s been dwarfed several times over by structures that would appall the signatories against Gustave Eiffel in 1887.
Indeed, it is impossible now to imagine Paris without Eiffel’s creation. Maupassant, however, spent his life trying to do just that. He reportedly had his lunch in the tower’s restaurant every day, since it was the only place in Paris one could not see it.