Had the Confederacy won the U.S. Civil War, how would it affect important historical events? 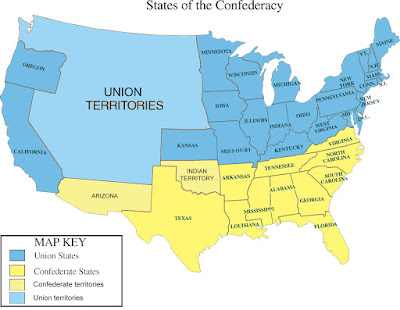 This does ask an interesting question.  After all northern victory was inevitable only if the North stood the course.  That was continously challenged by forces inside the north itself.
A northern defeat  that led to a secession of hostilities was certainly a war winning objective of the CSA and a completely resonable prospect.  Lincoln dead by assaination made complete sense. He had no real replacement in view except ultimately Grant.
The idea of a then greater CSA would still be dead on arrival.  An enlarged CSA would have elections and we can presume a stable government could emerge.  The problem is that the slave race was already in revolt and getting armed.  Multiple local rebellions would be underway and trying to undo the CSA victory.
All this would lead to a certain scarcity of slaves making CSA plantation agriculture difficult.  Armed rebellion and general escapism would  rule the day soon enough collapsing the whole slave ecomomy which was already vulnerable as can be and the slaves knew this.
What we are really saying is that the secession itself was an attempt to halt what was becoming more and more inevitable.  That is certain Black emancipation in the living future.  Individuals will never support a protocol that fails to improve the position of their children.  Mere emancipation itself did just that.
There may well have been useful alternatives provided they made provision for birthright emancipation.  Yet the intent toward Mexico tells us how deep the rot was in the minds of the plantaion owners.
Had the Confederacy won the U.S. Civil War, how would it affect important historical events?
The CSA plan to defeat the Union consisted of
Capturing DC, executing Lincoln, the Cabinet, and the Republican senate.
Splitting the Union at the Mississippi, with all states west being theirs.
Requiring that the Union adopt a state manifesto that made each state a sovereign nation.
All border states secede to the CSA.
The papers of the day were really detailed on the worst kept secret of the time, the Golden Circle plan. The next step, called for sometime in 1864ish (and of course this date was later as each year they did not win) was to invade Mexico. They did not want to compromise with the Mexicans because they did not see the Mexican upper class as white. The goal was to turn Mexico into a series of states with parents in the confederacy, in other words Juarez would be subbed to North Carolina.
Mexicans would be a new slave class, Mexican land would be given to a new class of white slave owner.
Cuba and the rest of Central America would be next. Southerners had already fought wars in Central America and tried to be little kings, and it was thought that there was a good chance that all of these nations could fall.
Venezuela and Columbia were in the long distance.
Unlike Brazil where the barbarities of Southern Slavery was less acted upon, the south’s barbarous and animal like behavior had Europe holding its nose already, but Victoria considered the CSA a country, that if it found its legs, was ready to be taken over. The chances of the CSA with its regressive taxes, moral bankruptcy, falling education and technology standards, and massive corruption and incompetence could have defeated the UK a decade after the Civil War was doubtful. The only thing which kept the South from being a lunch for France or the UK was that the North would have been a hell of a nut to crack. Without the North, the South would have fallen even as it was trying to make an empire, and unlike Northern reconstruction, the UK would have hanged the lot of them.
Posted by arclein at 12:00 AM